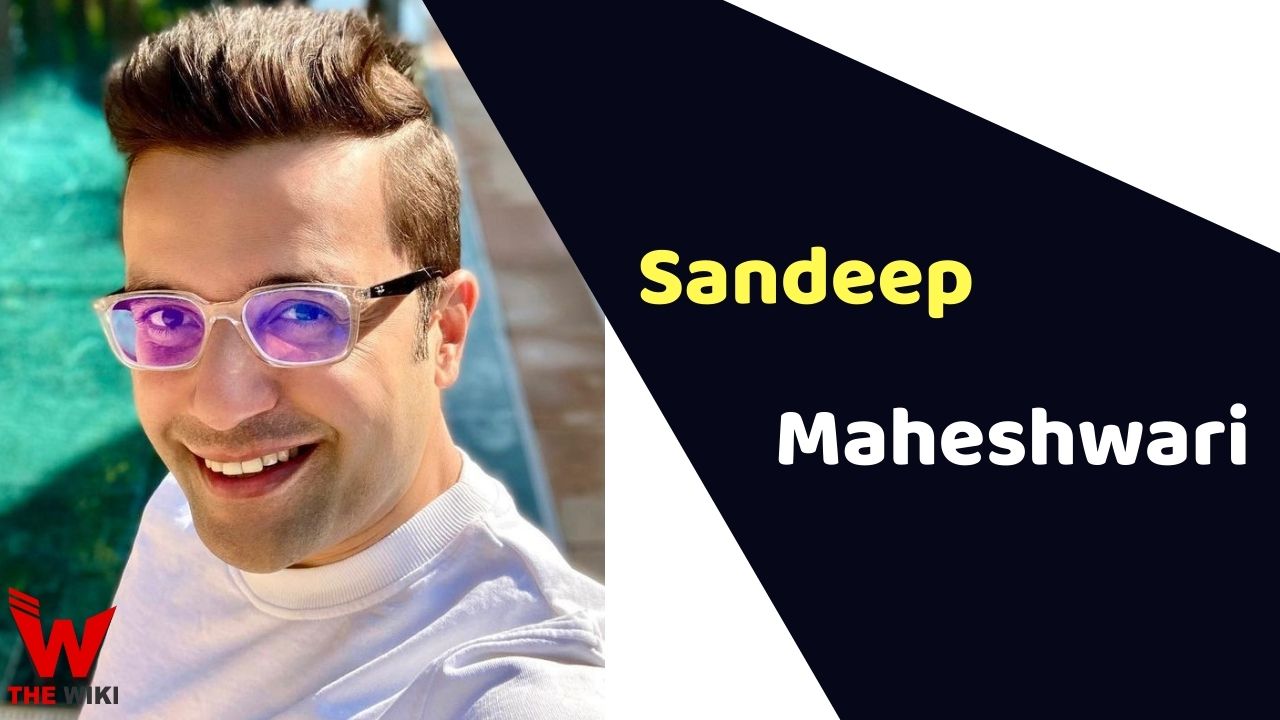 Sandeep Maheshwari is a motivational speaker, photographer, entrepreneur, Youtuber and a social media influencer. He is the founder and CEO of ImagesBazaar. Sandeep is extremally popular for his motivation videos on YouTube and has millions subscriber on it. In 2020, he got YouTube Diamond Play Award for passing 10 million subscribers.

Sandeep Maheshwari was born on 28 September 1980 to Roop Kishore Maheshwari and Shakuntala Rani Maheshwari in New Delhi. His father was in the aluminum business for 20 years. His mother is a homemaker. He also has a sister named Shivani Maheshwari. He belongs to a middle class Hindu family. Sandeep began his education at Kirori Mal College, Delhi University, but he dropped out of college in his 3rd year as he wasn’t interested in studies.

As soon as his father’s business declined, Sandeep stood upon his feet and started a multi level marketing company. However, the startup failed in a very short time. At the age of 19, he started his career as a model. But he left the job. Later he picked out the photography profession and continued it.

Sandeep also started a small company named Mash Audio Visuals Pvt Ltd through which he started building portfolios of many models. At the age of 21, he summed up all of his marketing knowledge in a single book, but the book wasn’t sold. In 2003, he made a world record by taking more than 10,000 shots of 122 models in only 10 hours and 45 minutes. This has been titled in Limca Book of World Record.

In 2006, he launched an online image platform named ImagesBazaar and today it is the world’s largest collection of Indian photos over a million images there. He has over 7000 clients in over 45 countries. He also performed multi tasks including tele-caller, counselor and photographing.

Sandeep also has his YouTube channel where he posts his videos. People across India come to his program for consulting their life problems. In 2010, he got Star Youth Achiever Award by the Global Youth Marketing. He also got Young Creative Entrepreneur Award by the British Council.

Sandeep Maheshwari is married to Ruchi Maheshwari. The couple has a son named Hriday Maheshwari and a daughter.

Some Facts About Sandeep Maheshwari

If you have more details about Sandeep Maheshwari. Please comment below we will updated within a hour.