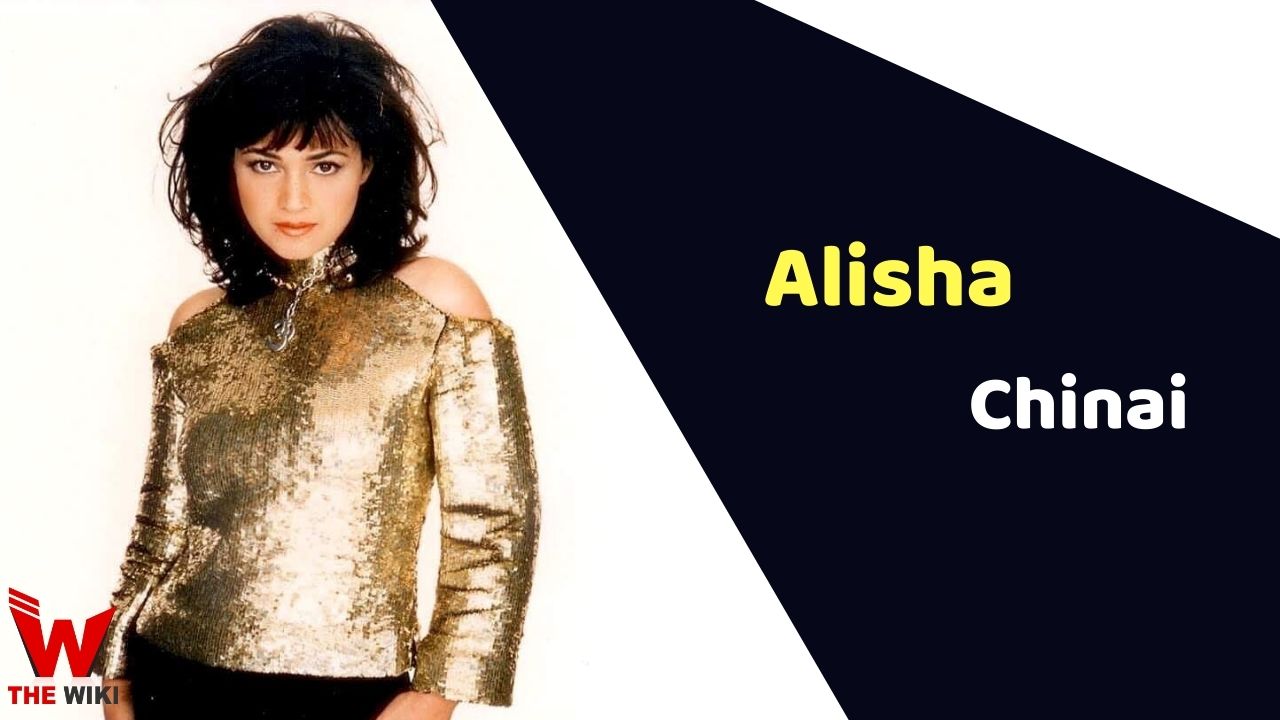 Alisha Chinai is an Indian pop singer. She is well known for her Indi-pop albums and playbacks singing in Bollywood movies. She started her career in 1985 but took a brief break in between but presently working and producing new and exciting music. Alisha became popular with her song “Kajra Re” which is still one of the classic songs of the Bollywood movies. Chinai also received the Filmfare Best Female Playback Award for this song in 2005.

Alisha Chinai was born on 18 March 1965 in Ahmedabad, Gujarat to Gujarati family. Her mother Madhukar Chinai is also a singer.  Initially, her name was named Sujata Chinai, but later changed her name to Alisha. Alisha is one of her cousin’s daughter name.

Alisha began her music under the guidance of Bappi Lahiri. Her debut was in the film Adventure of Tarzan (1984). She has also sung in Phool Aur Kaante, Raja Hindustani, Ishq Vishk, No Entry, Don, Ajab Prem Ki Kahani, Krrish 3, and many more Hindi movies.

She also sang Konkani song in Remo Fernandes’s album Old Goan Gold (1985), she sung two songs: Panch Vorsam and Rajan & Prema. Alisha has also sung in many regional cinemas. She made her Kannada debut in the movie Saadhta (1989), her Malayam Debut was in the movie Kalpana House (1990). She made her Telugu debut with the film Prema Yuddham (1990).

Alisha also launched her studio albums and some of her albums include Jadoo (1985), Aah.. Alisha! (1986), Babydoll(1988), Madonna(1989), Kamasutra(1990),Bomaby Gitl(1993) and Made in India(1995). She has been awarded for her brilliant singing talent by Filmfare Best Female Playback Award, International Billboard Award (1995), and Freddie Mercury Award for Artistic Excellence.

Alisha got married to manager Rajesh Jhaveri in 1986 but separated her ways in 1994. Later in 2003, she came into a relationship with Romel Kazzouah who is a Canadian musician and entrepreneur.

Some Facts About Alisha Chinai

If you have more details about Alisha Chinai. Please comment below we will updated within a hour.