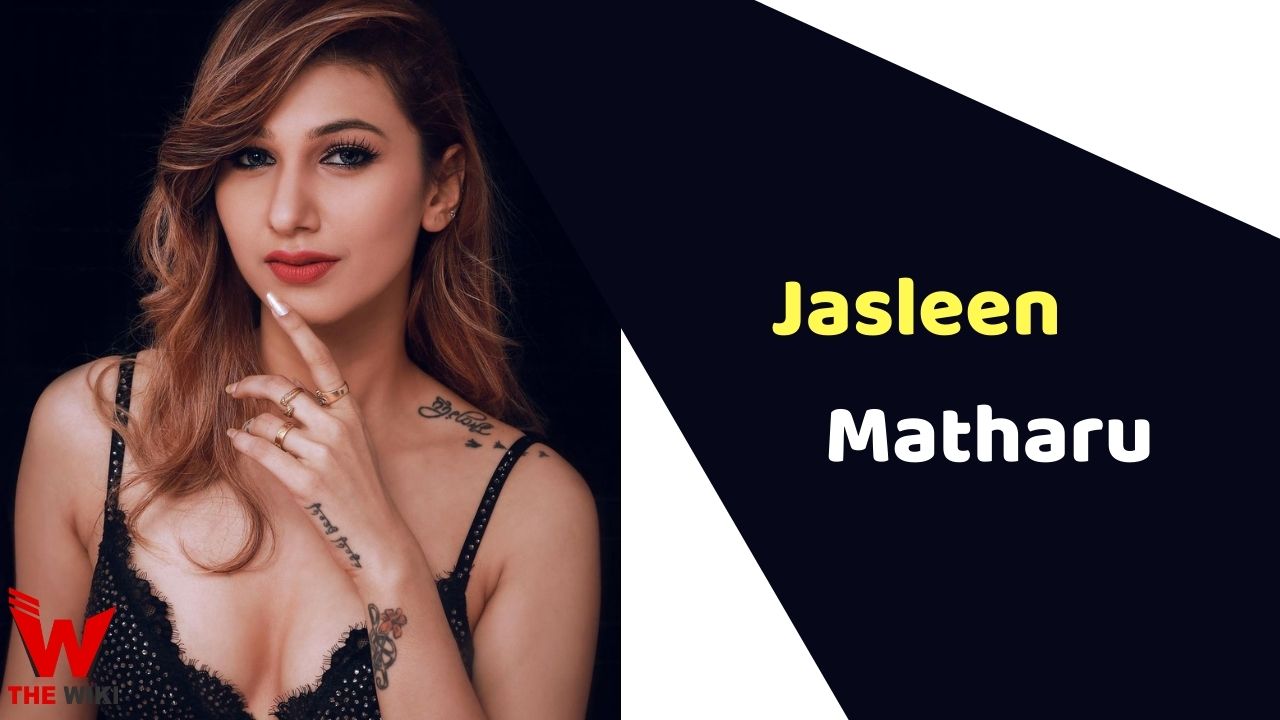 Jasleen Matharu is an Indian singer and actress. She is famous for being the student and girlfriend of famous singer Anup Jalota. She also participate Colors television’s popular TV show Bigg Boss 12.

Jasleen Matharu was born on 4 April 1990 to a Sikh family in Mumbai. She originally belongs to Khanna, a city of Ludhiana district. Her father name Kesar Matharu is a film director while her mother Jaspreet Matharu is a housewife. She has one sibling, Kamaljeet Singh Matharu, who is an actor and producer.

When Jasleen was 11, she started to learn classical and western music. She has performed with famous singer like Mika Singh, Sukhwinder Singh and Amjad Khan. Her first debut was in film that was directed by her father titled ‘The Dirty Relation’ in 2013. Before that she gave her voice in song in music album ‘Love Day’ which was release in 2012.

In 2018, she got huge popularity through reality show ‘Big Boss 12’ where she openly said upon their relationship with devotional singer, Anup Jalota.

Jasleen was in relationship with her singing guru Anup Jalota who is 37 years older than her. She entered in Big Boss house in 2018 with him. Her family was unaware of his relation and after leaving Big Boss they denied their relation. Anup said that they share a musical relation of teacher and student.

In 2020, she met Dr. Abhinit Gupta, a surgeon and physician. Anup Jalota introduced them with each other. But recently she has uploaded a pic of her and Anup in the wedding costume by tagging him on the post and everyone is saying that they are married now.

Some Facts About Jasleen Matharu

If you have more details about Jasleen Matharu. Please comment below we will updated within a hour.