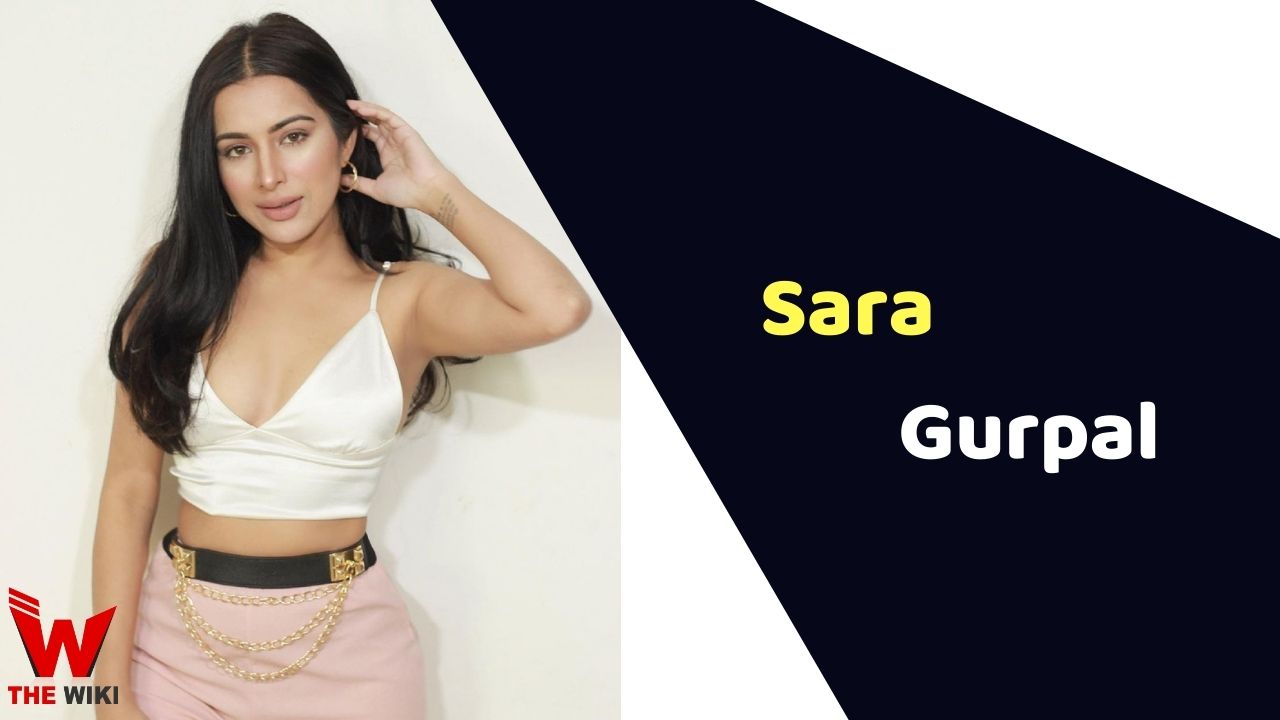 Sara Gurpal is an Indian singer, model and actress. She is known for her contribution in Punjabi music industry. She also appeared in the most popular television reality show Bigg Boss 14 as a contestant. Gurpal is originally from Fatehabad, Punjab.

Sara Gurpal was born on 19 November 1991 in Ratia village which falls in Fatehabad, Haryana. Her father Satpal Singh is a business-man and mother Gurmit Gurpal is a housewife. She has two sibling in the family. Sara was deeply inclined towards music, dance, and acting since her early childhood.

Gurpal has completed her basic education from DAV Public School in Chandigarh. She opted fashion designing course and graduated in the same from Northern India Institute of Fashion Technology, Mohali. Gurpal took part in many intra-school cultural programs and also joined a theatre group in her college days. She has done modeling and acting in numerous ad films during college time.

Gurpal participated in beauty pageant Miss Chandigarh and has won the title in the year 2012. The following year, she won Rubaru Miss India Elite and Rubaru Miss India’s Best Personality 2013. The same year, she made her singing debut in Ranjit Bawa’s music video ‘Jean’ which made her popular among Punjabi music fans. She also starred in many Punjabi music videos like Gunday No.1, Jaan, Bullet vs ChammakChhallo, Jaguar, 7 Knaalan, Ford vs Ford, Jatt Queen, etc.

After getting huge success in music industry, she also debut in acting industry and worked in film like Manje Bistrem, Dangar Doctor Jelly etc.

Some Facts About Sara Gurpal

If you have more details about Sara Gurpal. Please comment below we will updated within a hour.