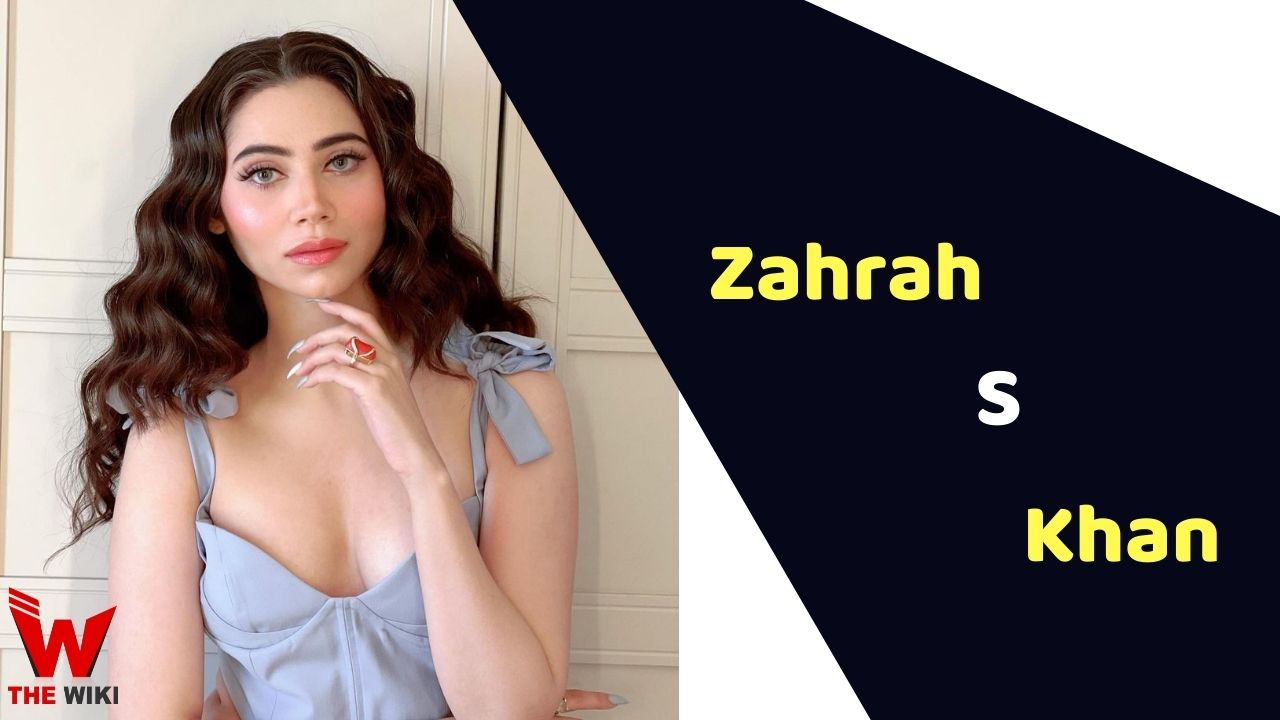 Zahrah S Khan (aka Sasha Khan) is an Indian playback singer, film actress, producer, and director. She debuted her career as an actress with the Yash Raj Films production Aurangzeb in the year 2013. She has been given her voice in songs of Bollywood films like Bell Bottom, Shubh Mangal Zyada Saavdhan and Aurangzeb.

Zahrah began her acting career with the action drama-thriller film Aurangzeb as Ritu in 2013. The Next year, she appeared in the action movie Desi Kattey as Paridhi Rathore in 2014. The movie is about a rogue sniper who becomes a competitive shooter while his childhood friend stays in the life of criminality. She played the role of Gurpreet in the short TV drama-mystery movie Khoj in 2019.

Zahrah S Khan was in relationship with an actor Ruslaan Mumtaz. After dating more than a year, they break up over a video clip of her kissing another guy.

Some Facts About Zahrah S Khan

I’m very happy, though I was a meat and sugar addict earlier. I am a fantastic cook, the flavours that I bring into my dishes are next level.

If you have more details about Zahrah S Khan. Please comment below we will updated within a hour.