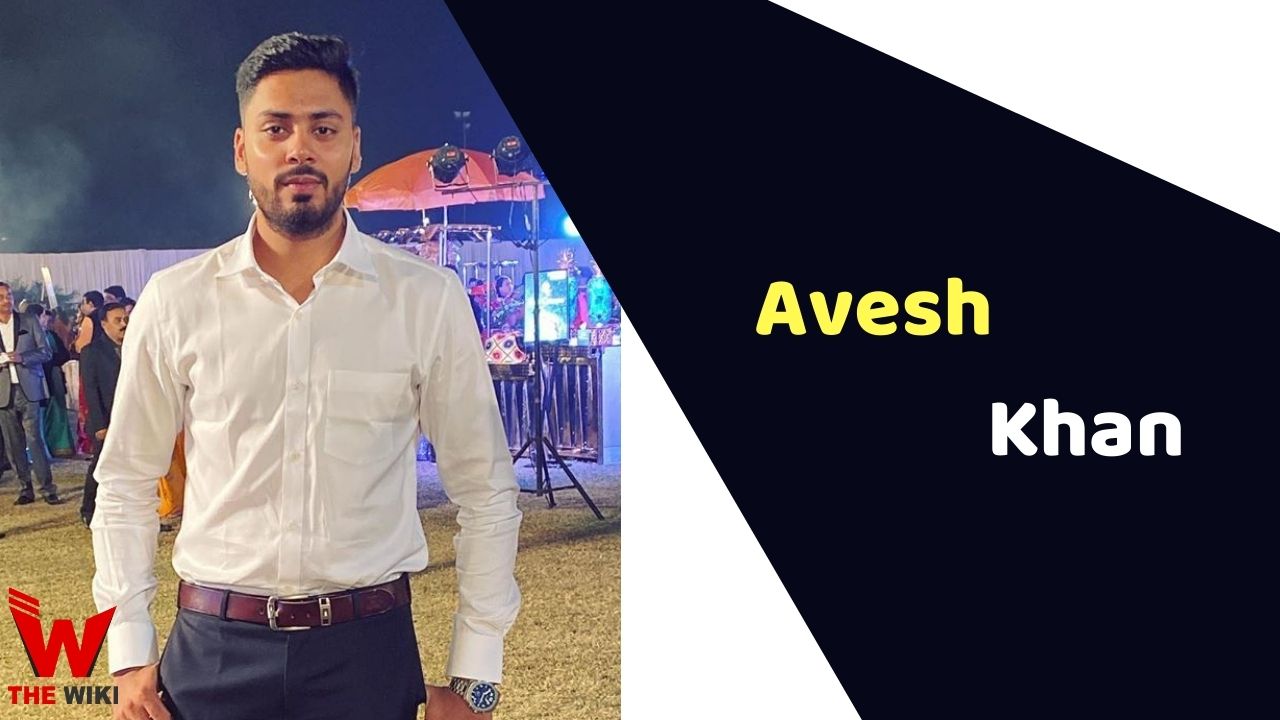 Avesh Khan is an Indian cricketer. He is a Right-arm fast bowler and plays in the Indian Under-19 team. He was seen playing for Delhi Capitals in IPL 2020. He started playing cricket at a very young age under the guidance of his father. Avesh originally hails from Indore, Madhya Pradesh.

Avesh Khan was born on 13 December 1996 in Indore, Madhya Pradesh, India. His father is Ashique Khan and his brother name is Asad Khan. His father is a Financial Manager in a private firm before that he runs a betel shop. Avesh’s brother is a digital market analyst.

Avesh received his early education from Advanced Academy, Indore, after which he obtained a Bachelor of Commerce degree from Renaissance College of Commerce and Management, Indore.

Avesh’s father also played cricket at domestic level and he started playing cricket inspired by him. He first jointed Indore Colts Club, later Avesh got an opportunity to nurture his talent under the guidance of former India team cricketer Amay Khorasia.

He made his debut in the List A Vijay Hazare Trophy with Madhya Pradesh team on 5 Feb 2018. In October 2019, he was placed in the India C team for the Deodhar Trophy.
He was bought by Royal Challengers Bangalore in the 2017 IPL auction. Avesh started his Twenty20 career in the Indian Premier League on 14 May 2017 from Royal Challengers Bangalore. Later on December 2018, Delhi Capitals bought him for the Indian Premier League 2019.

Some Facts About Avesh Khan

If you have more details about Avesh Khan. Please comment below we will updated within a hour.