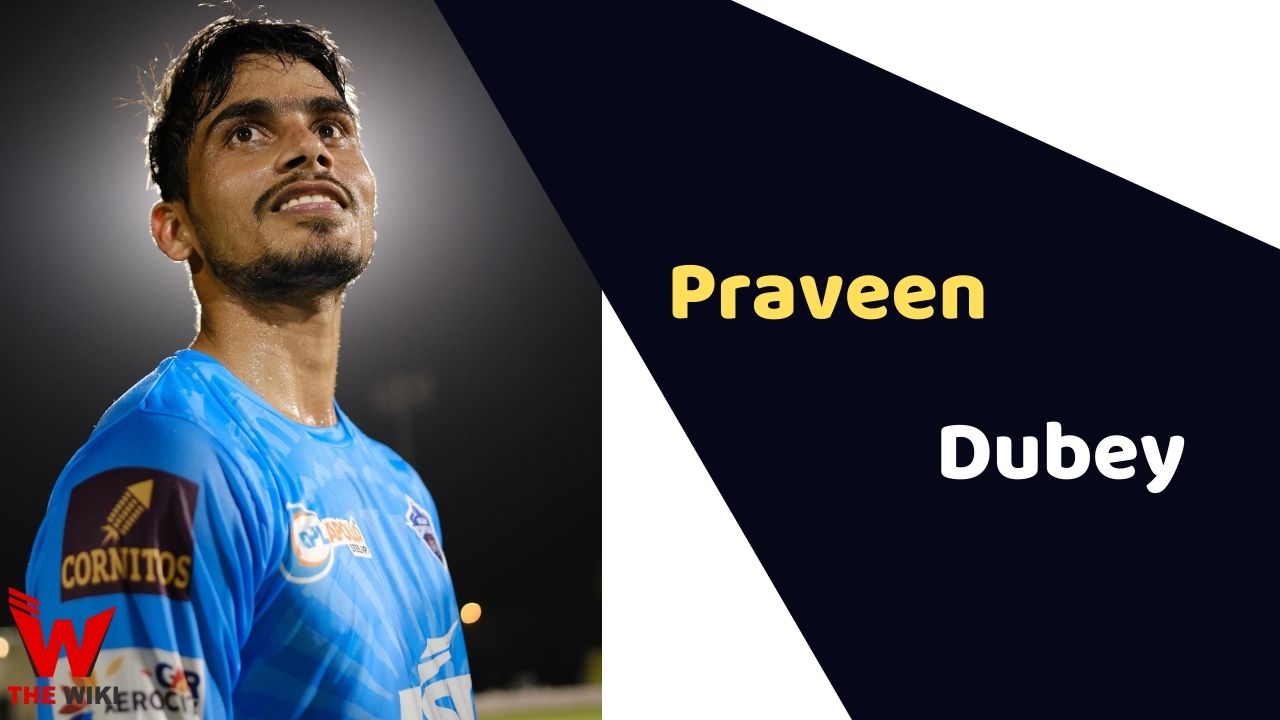 Praveen Dubey is an Indian cricketer who plays for Karnataka in domestic cricket. He is a right handed batsman and leg break googly bowler. Dubey was signed by Royal Challengers Bangalore for Rs. 35 lakh in the 2016 IPL players’ auction. The next year in February 2017, he was again pick-up by the Royal Challengers Bangalore team. In 2020, the Delhi Capitals team replaced him with their injured player Amit Mishra.

Praveen Dubey was born on 1 July 1993 in Azamgarh, Uttar Pradesh. He started cricket from school. He was interested in playing more than studying from the 7th class itself. Dubey is an all rounder and began his cricket career by playing for Karnataka, but could not fully showcase his skills until 2015.

In his second attempt, he joined the Karnataka team for the Syed Mushtaq Ali Trophy but failed again here. Dubey played his first debut match in Ranji Trophy 2015, T-20 2018, and IPL 2016. He has so far played for the teams of Karnataka, Eastern Eagles, Habil Tigers, Royal Challengers Bangalore and Delhi Capitals. He made his T20 debut from Karnataka in 2017, and made his first-class debut on 11 January 2022.

Some Facts About Praveen Dubey

If you have more details about Praveen Dubey. Please comment below we will update within an hour.