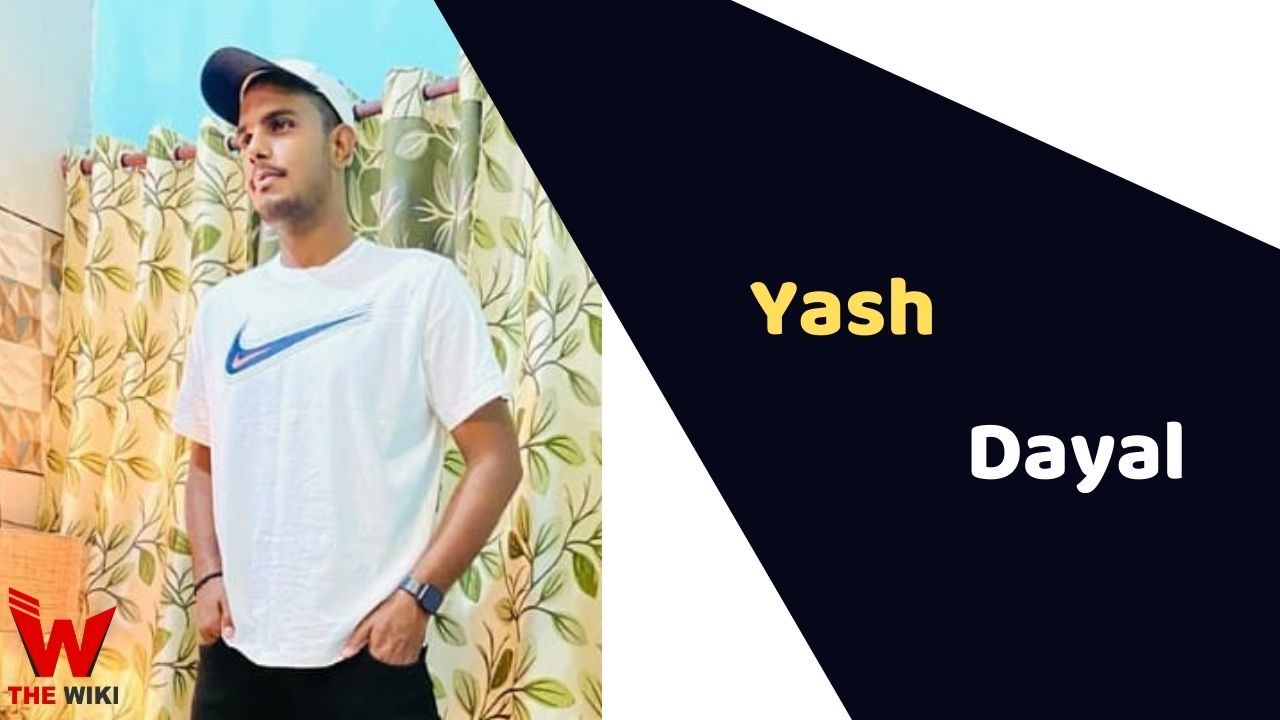 Yash Dayal is an Indian cricketer. He is a fast bowler who can consistently bowl at a speed of 140 or more. He made his List A debut for Uttar Pradesh in the Vijay Hazare Trophy on 21 September 2018, taking 14 wickets at an economy rate of 3.77 and an average of 17.35. He made his first-class debut for Uttar Pradesh in the Ranji Trophy on 1 November 2018 and made his IPL debut in 2022 with the Gujarat Titus team.

Yash Dayal was born on 13 December 1997 in Allahabad, Uttar Pradesh to a middle class Hindu family. He started cricket from the age of 5. Yash started teaching cricket at the age of 15 from Madan Malviya Cricket Academy, Allahabad. He was also part of the team in Under-19 as an extra bowler, but did not get a chance to play a single match. Yash’s hard work got him a chance to play in Under-23. His life completely changed when Yash took 8 wickets against Madhya Pradesh in Ranji Trophy.

Yash started his career in IPL by giving trial for Mumbai Indians, but he was not selected in Mumbai Indians. In IPL 2022, Yash’s bid started with 20 lakhs and Gujarat Titus signed for 3.20 crores. Yash got a chance to play for the first time in the 2022 IPL, as a bowler for Gujarat Titus.

Some Facts About Yash Dayal

If you have more details about Yash Dayal. Please comment below we will update within an hour.