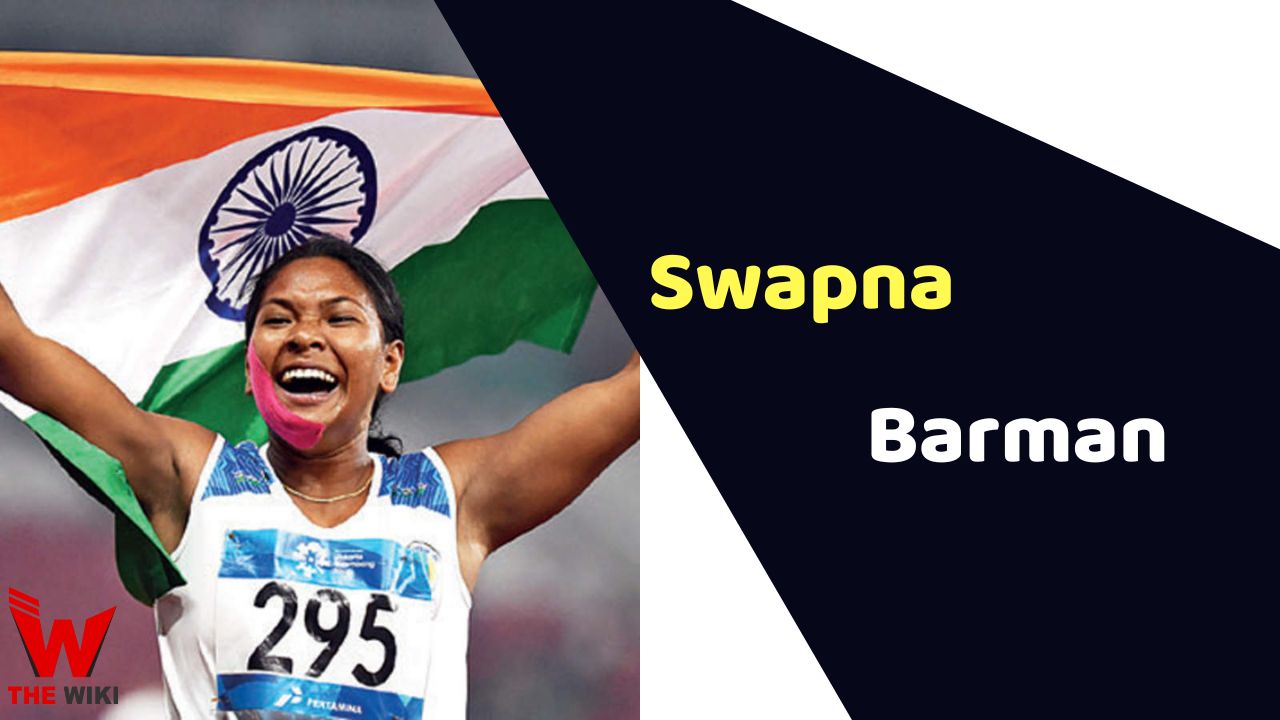 Swapna Barman is an Indian heptathlete. Despite having a broken jaw, Barman won the gold at the 2018 Asian Games. She was placed fourth in the 800 meters and had already accumulated enough points from the previous six races. She is also honored with the prestigious Arjuna Award in the year 2019.

Swapna Barman was born on 29 October 1996 in Jalpaiguri, West Bengal. Her father’s name is Panchanan Barman, who is a rickshaw driver. Her mother’s name is Basana Barman, served on a tea estate. She has three siblings. She uses all her prize money and scholarship amount to provide a good living for her family.

Swapna received a scholarship worth 150,000 rupees in 2016 in honor of her achievements in athletics. In 2014, she got 5th position at Asian Games – Heptathlon event in Incheon Asiad Main Stadium. She won Gold Medal at Asian Athletics Championships – Kalinga Stadium Bhubneswar in Heptathlon in 2017.

The next year, she received the gold medal at Asian Games – Gelora Bung Karno Stadium in Heptathlon 2018. In 2019, she won the silver medal at Asian Athletics Championships – Khalifa International Stadium, Doha. In 2020, she saw her fall off a funding list, but she vowed to keep working out at home in Jalpaiguri, West Bengal.

Some Facts About Swapna Barman

If you have more details about Swapna Barman. Please comment below we will update within an hour.