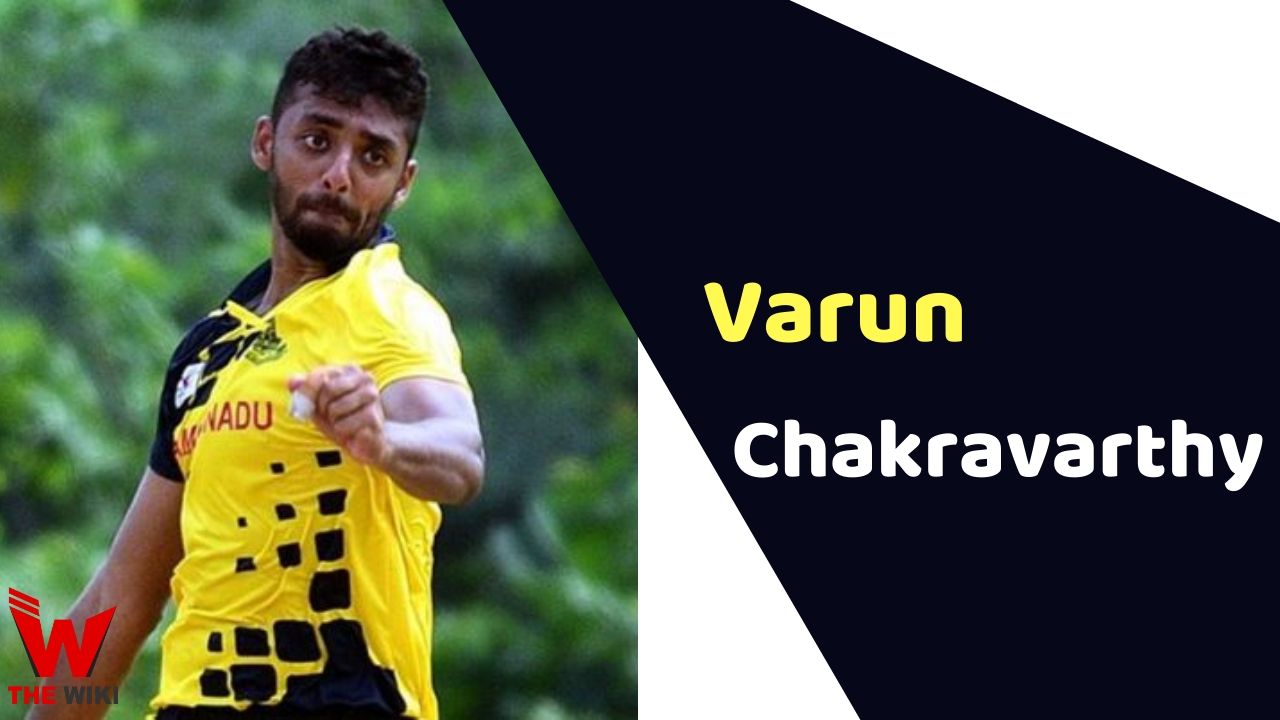 Varun Chakravarti is an Indian cricketer who plays from his home team Tamil Nadu. He is a right-arm bowler and is known for his leg break and googly.

Varun Chakravarti was born on 29 August 1991 in Bidar, Karnataka. Varun comes from a middle-class family. He started playing cricket right from his school time. He played cricket as a wicket-keeper batsman from the age of 13. He faced rejections many times in age group cricket. After which the family pressured him to complete his studies. Varun completed his graduation from SRM University in Chennai. During this time, he gave up playing cricket.

After completing his studies, Varun started working as a freelance architect, Later he also worked for 2 years in same field. From childhood to youth, cricket was a passion for Varun, so he again started playing cricket on weekends.

At the age of 25, Varun quit his job and chose cricket as his future. He quit his job and joined Crombest Cricket Academy. Varun got hurt in the second match. Due to a knee injury, Varun did not get a chance to play cricket for a long time then he started spin bowling. Varun had to bowling on a pitch of 18 yards with a tennis ball and in such a situation, Varun learned a lot of variations in his spin bowling and this was the reason that people started to know him by the name of Mystery Spinner.

At the age of 27, Varun got a chance to play in the Tamil Nadu Premier League with the Siechem Madurai Panthers team. His team won the title due to his performance. Based on this performance, he was called as a nets bowler for Chennai Super Kings and Kolkata Knight Riders. After this success, Varun debut Vijay Hazare Trophy in 2018 and Ranji career in 2019.

Some Facts About Varun Chakravarthy

If you have more details about Varun Chakravarthy. Please comment below we will updated within a hour.