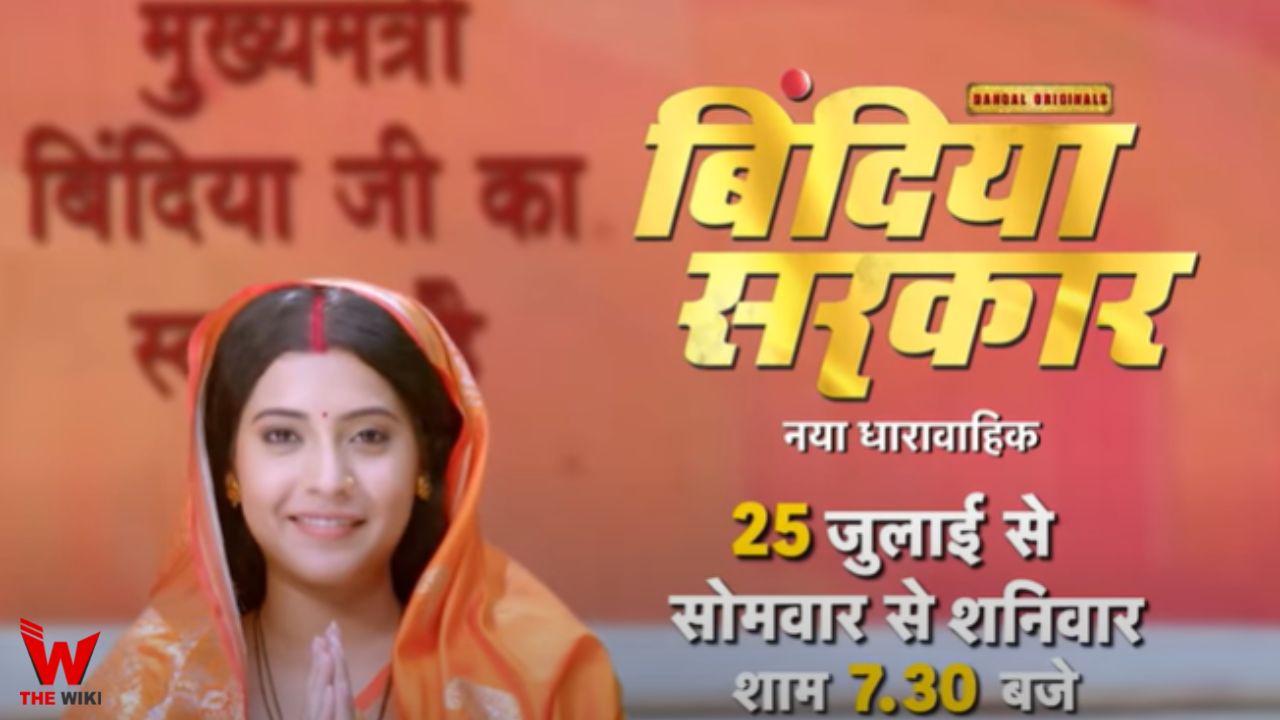 Bindiya Sarkar is an Indian Hindi soap opera starring Sonal Khilwani and Dhruvv Bhandari produced by Jay Mehta and Kinnari Mehta. The show was premiered on 25 July 2022, and it was aired on Dangal TV. It is based on a girl Bindiya who plans to settle down in Lucknow after marriage but becomes the chief minister of Uttar Pradesh due to a strange turn of events in her life.

Bindiya Sarkar is telecast from Monday to Saturday at 7:30pm on Dangal TV channel. The show is premiered on 25 July 2022. Other details related to the show are given below.

If you have more details about the show Bindiya Sarkar, then please comment below down we try to update it within an hour