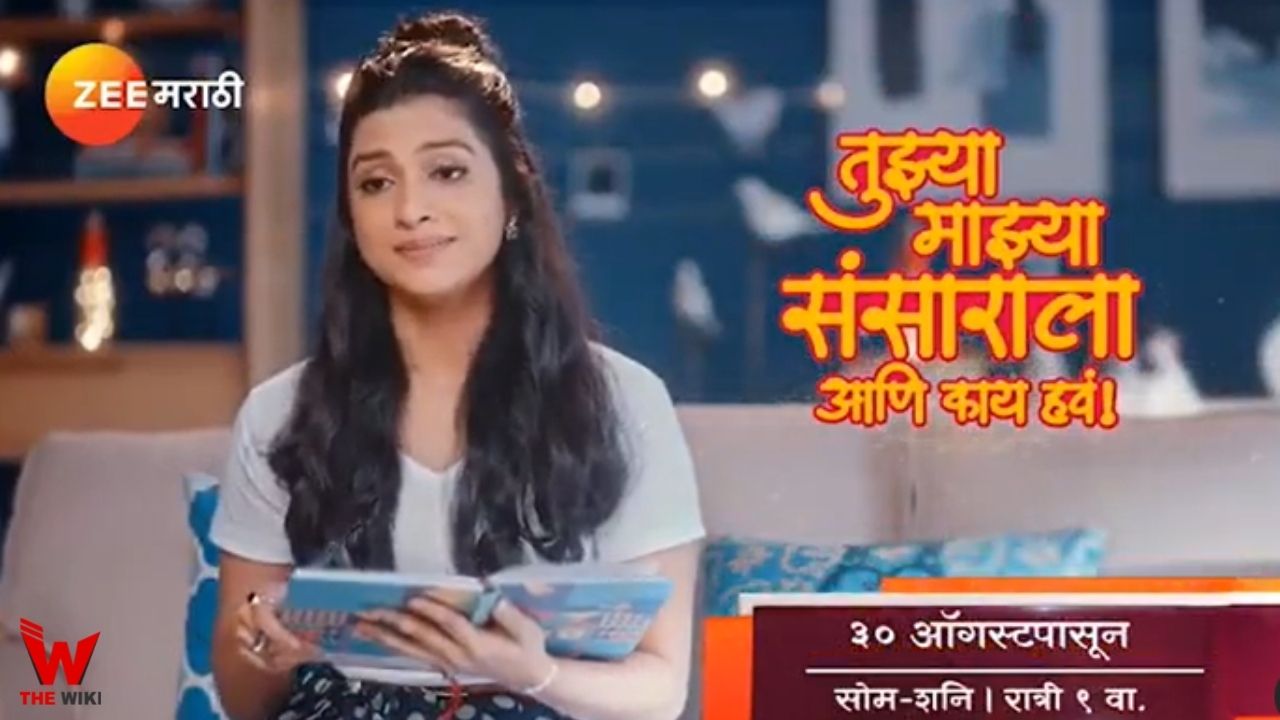 Tujhya Majhya Sansarala Ani Kaay Hawa is an Indian Marathi television serial produced by Gouri Zankar and Sanjay Zankar. It stars Amruta Pawar and Hardik Joshi in the lead role. The show is being made under the banner of Zankar Films. The show premiered on 30 August 2021. It is the story of a young girl Shruti, who belongs to a nuclear family falls in love with a man who lives in a joint family and goes through unique experiences while adjusting to her new life.

As : Appa (replaced by Raja Rana)

Tujhya Majhya Sansarala Ani Kai Hava is telecast from Monday to Saturday at 9pm on Zee Marathi. The show replaced of Majha Hoshil Na, which is shifted to early time slot. Its first promo was launched on 2 August 2021. The show can also be stream on Zee5 platform. Other details related to the show are given below.

If you have more details about the show Tujhya Majhya Sansarala Ani Kaay Hawa, then please comment below down we try to update it within an hour