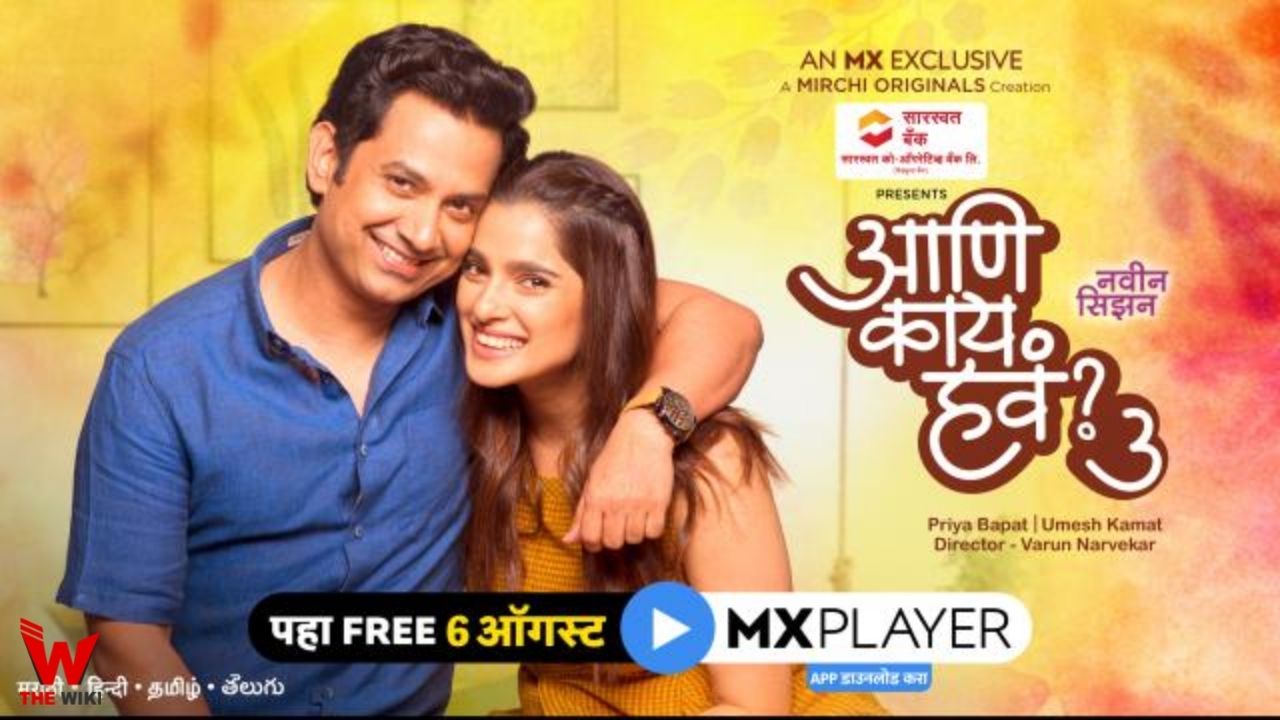 Aani Kay Hava 3 is a Marathi web series written and directed by Varun Narvekar. The series stars Priya Bapat and Umesh Kamat. It is the story of a couple Jui and Saket who hits the 5-year mark of marriage. It was released on 6 August 2021.

Aani Kay Hava Season 3 was released on MX Player on 6 August 2021. This season consist of total 6 episodes and also available in Hindi, Tamil, Telugu languages. The first trailer was launched on 28 July 2021. Other details related to the series are given below.

If you have more details about the web series Aani Kay Hava Season 3, then please comment below down we try to update it within an hour