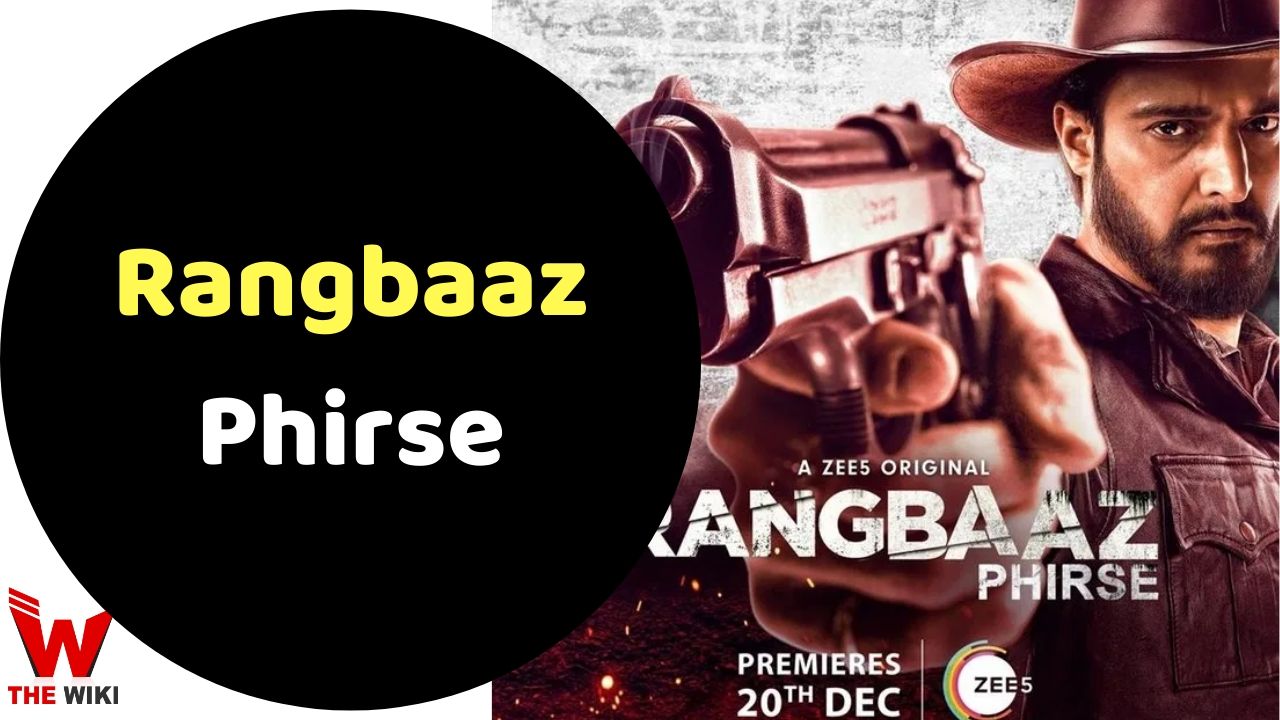 Rangbaaz Phirse is a web series produced by ZEE5. This is the second part of the webseries Rangbaaz based on Gorakhpur’s famous gangster Sriprakash Shukla. Jimmy Shergill, Gul Panag, Sushant Singh, Zeeshan Ayub and Sharad Kelkar will be seen in the main characters. It can be seen online from 20 December 2019 on ZEE5. This time, the story of the dreaded gangster of Rajasthan will be features front of audience.

After Rangbaaz had a lot of success,the makers announced the second part. The first part of this crime thriller web series featured the true story of Shri Prakash Shukla, a famous crook from Gorakhpur. Shakib Salim played a lead role in winning the accolades.

The second season of Rangbaaz revolves around the gangster Amarpal Singh of Rajasthan. Anandpal was originally from Rajasthan. Therefore, the background of Rajasthan is shown in the story of ‘Rangbaaz Phirse’. Also, crimes and miscreants related to Anandpal have also been mentioned. The entire story of Rangbaaz Phirse revolves around Anandpal recovering extortion, contesting it, killing his enemies and his political connections.

Jimmy Shergill is playing the lead role of Rangbaaz’s in second part. Along with him, actress Gul Panag, Sushant Singh, Zeeshan Ayub and Sharad Kelkar are also going to be seen in important roles.

If you have more details about the web series Rangbaaz Phirse, then please comment below down we try to update it within an hour