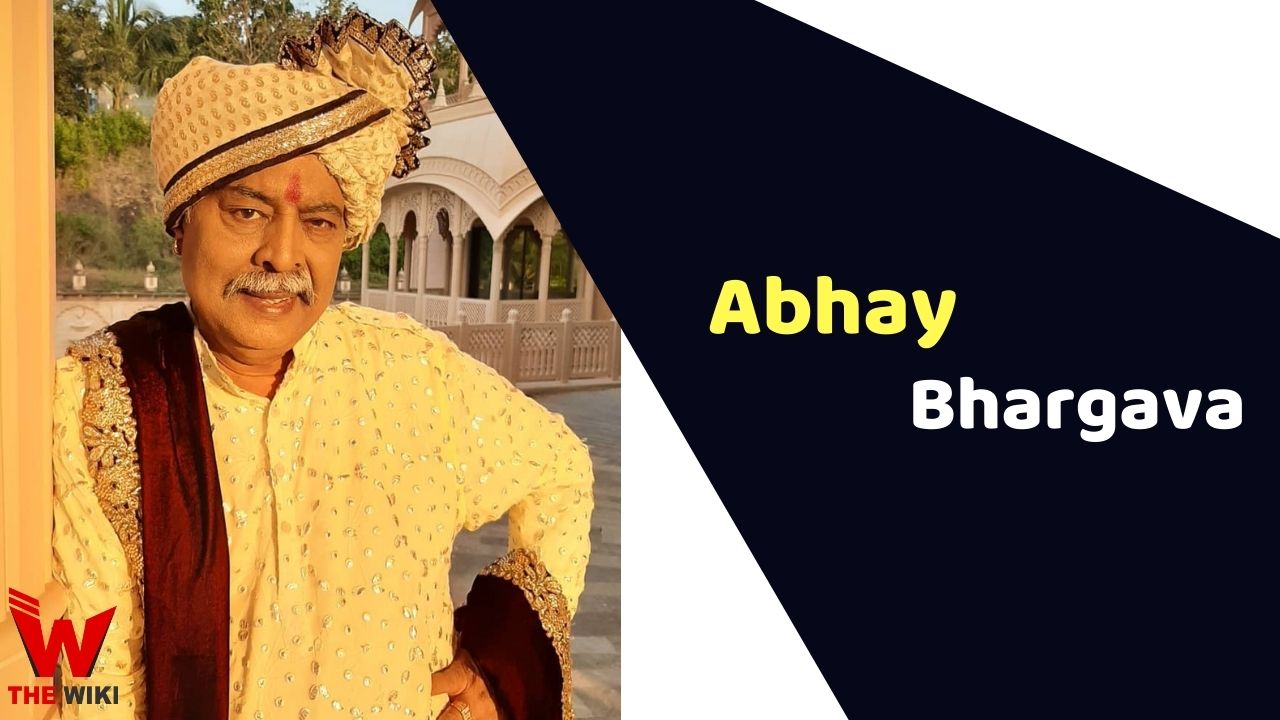 Abhay Bhargav is an Indian film and television actor. He worked in many Hindi TV show Molkki, Raat Hone Ko Hai, Kitani Mohabbat Hai, Yeh Hai Mohabbatein etc. Bhargav started his career in the film industry by Wanted Gurdas Mann Dead or Alive in the year of 1994. He was popularly known for Chandni Bar made under the direction of Hansal Mehta.

Abhay Bhargav was born on 16 April 1950 in Delhi, India. He completed his college in Studied at University of Delhi. Abhay Bhargav wife name is Kiran Bhargava and his daughter name is Ankita Karan Patel. Ankita is also popular television actress and wife of Yeh Hai Mohabbatein fame actor Karan Patel.

Bhargava had an inclination towards acting as a child. After completing his studies, he came to Mumbai to pursue a career where he started his journey with supporting roles in films. He has acted in dozens of films like Gadar: Ek Prem Katha, Ajab Prem Ki Ghazab Kahani, Ek Hasina Thi, Halla Bol etc. Along with the film industry, he is also very active in the television world. He has been a part of more than 20 television shows.

Some Facts About Abhay Bhargava

If you have more details about Abhay Bhargava. Please comment below we will updated within a hour.