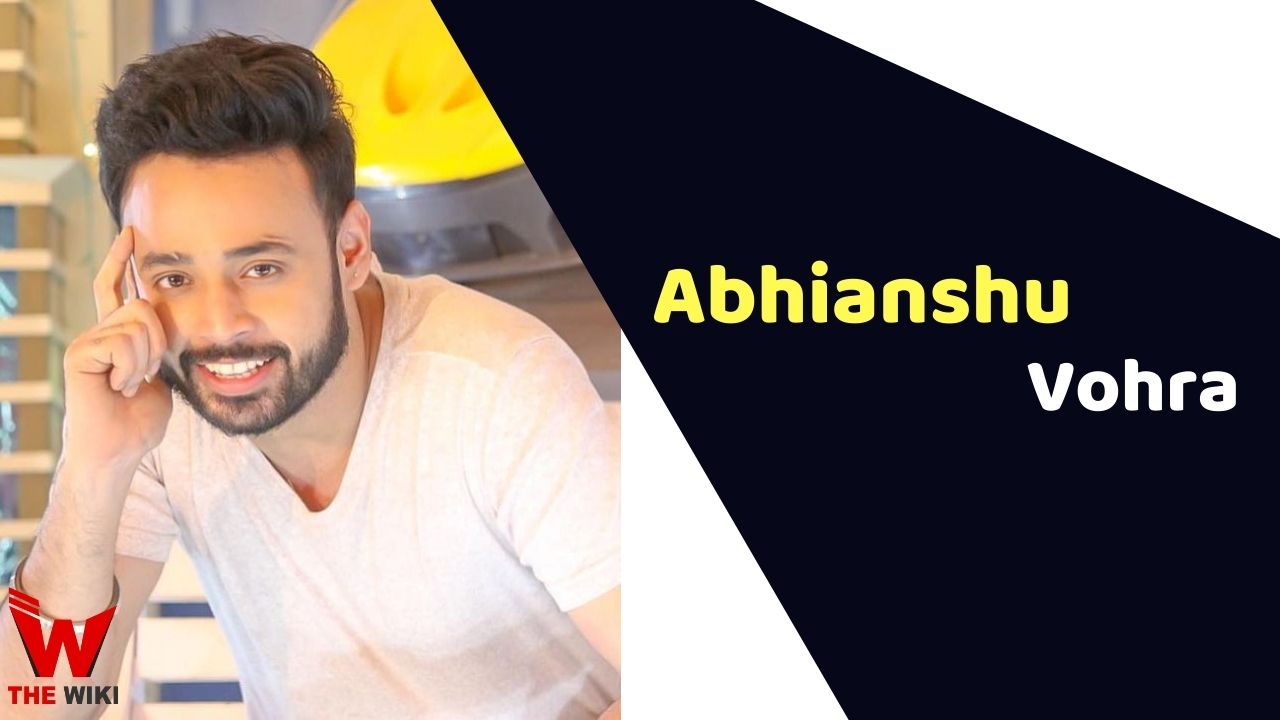 Abhianshu Vohra is an Indian television actor. He is best known for his character of Rana Singh Dhillon in Colors’ TV show Choti Sardaarni. Abhianshu is a new-comer actor who has just started his career in entertainment industry.

Abhianshu Vohra was born on the 2 September 1993 in Amritsar, Punjab to a Hindu Khatri family. His father’s name is Deepak Vohra and his mother’s name is Rajni Vohra. He has a brother, Chiraag Vohra. Abhianshu studied at DAV Public School in Amritsar and passed out in 2012.

From an early age, he was interested in dancing. He is a professional dancer and got dance training from Terence Lewis Professional Training Institute.

Abhianshu started his career from modeling and dancing. After getting trained in dancing, he started giving auditions for small roles in films and shows. During his trials, he got selected for a Colors TV show Choti Sardaarni. He played a supporting role in the serial. His character is of Ranna Singh Dhillion, who is the brother of the female lead.

Apart from this TV serial, he was seen in a role of Manohar Kahaniya on Tata Sky’s Adbhut Kahaniya. He played the role of a cop in the drama.

Some Facts About Abhianshu Vohra

If you have more details about Abhianshu Vohra. Please comment below we will updated within a hour.