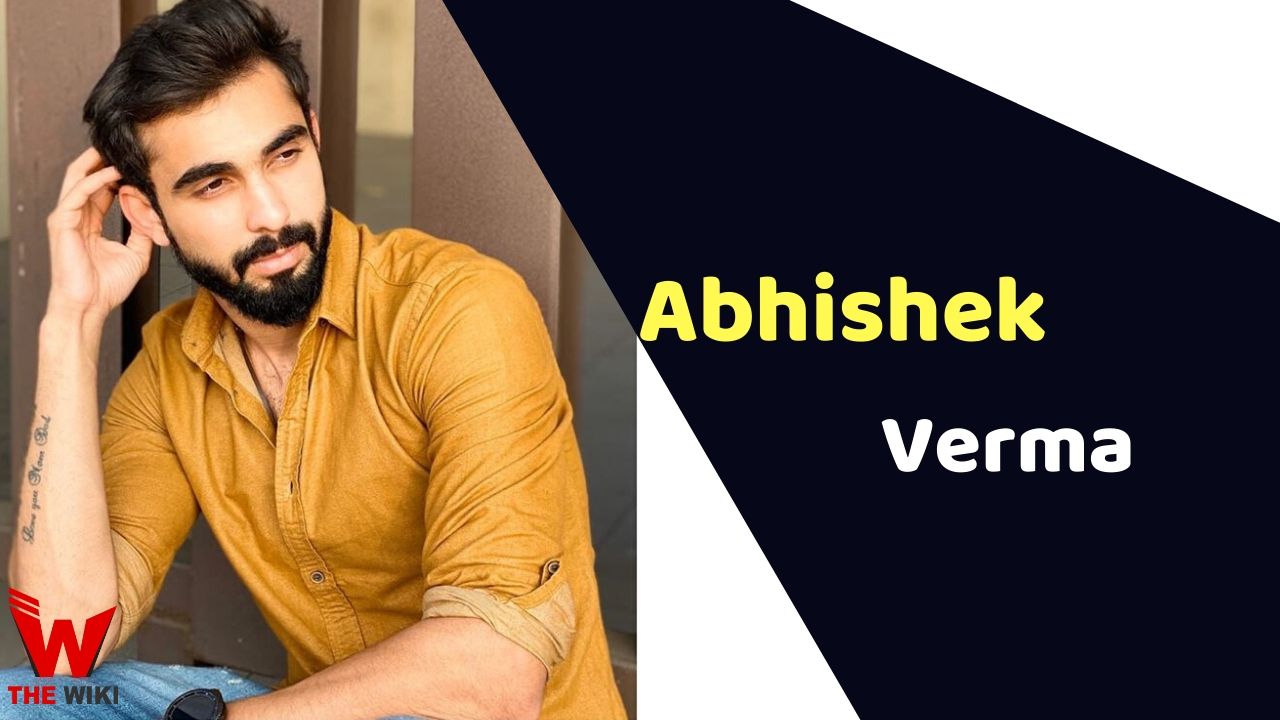 Abhishek Verma is an Indian television actor. He is known for television shows such as Yeh Hai Mohabbatein, Nadaniyaan and Udaan. He is active in the television industry since 2015.

Abhishek Verma was born in Panipat, Haryana. His father died in his childhood. After which he was brought up by his mother Kavita Verma. Apart from him in the family, he has elder sister Anchal and younger brother Abhay Verma. Abhay is also an actor and worked in web series like The Family Man, Little Things and Marzi. Abhishek was interested in cricket since childhood. He was the captain of the Chandigarh under 19 team for two years.

Abhishek received his education from DAV Senior Secondary School and Guru Nanak Public School, Chandigarh. Later he did his graduation in English Honors from Chandigarh University. After which he also did a 3-month acting course at a stadium in Noida. Due to family responsibility, he left cricket and moved to Mumbai to pursue a career.

Abhishek moved to Mumbai in 2015 to work in the acting industry. In Mumbai, he struggle for a long time. After giving more than 150 auditions, he was selected for the first television commercial. During Struggle, he appeared in advertisements with Ranveer Singh, Amitabh Bachchan, Naseeruddin Shah.

He got fame in the television world from the 2015 serial Million Dollar Girl. He played an important role in this show. After this show, he acted in several television serials like Nadaniyaan, Udaan, Badi Dooooor Se Aaye Hai and Yeh Hai Mohabbatein.

Some Facts About Abhishek Verma

If you have more details about Abhishek Verma. Please comment below we will updated within a hour.