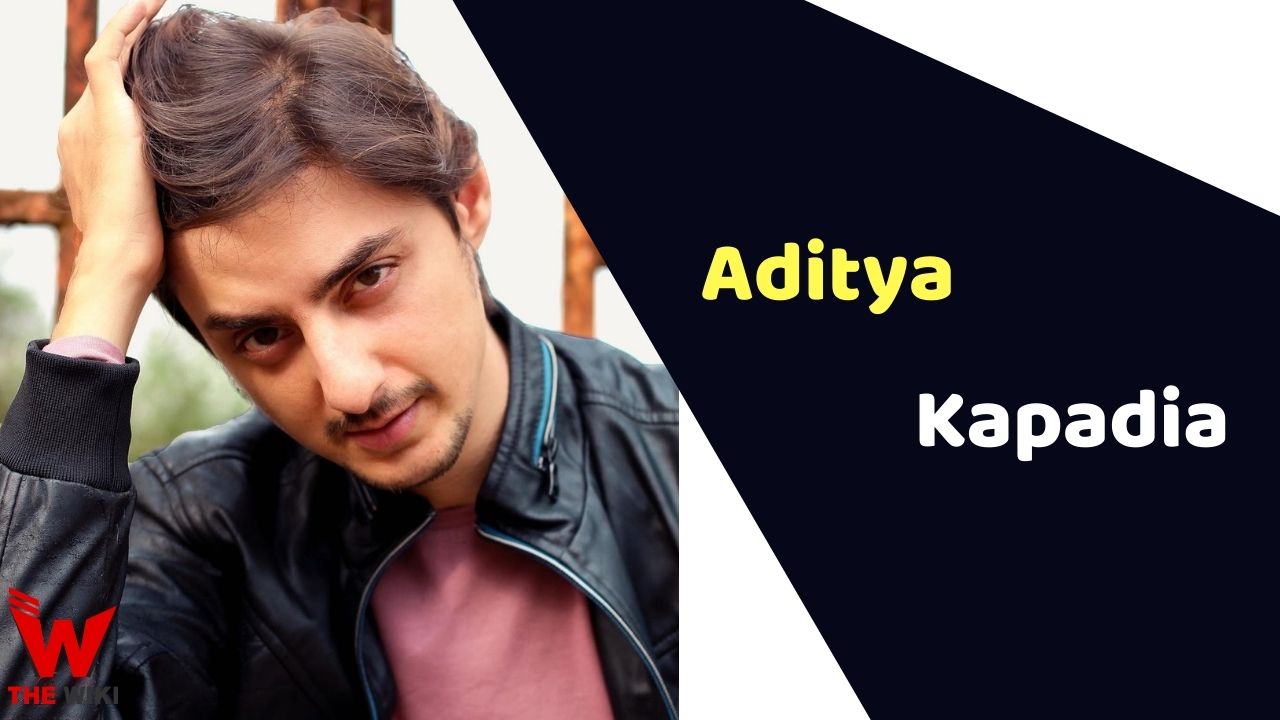 Aditya Kapadia is an Indian television and film actor. He last appeared in the Colors serial Code Red. He is recognized for his work in Jaanwar, Shaka Laka Boom Boom and Adaalat. Aditya starred in the Gujarati movie Bas Ek Chance in the year 2015. He has been active in acting industry since 1996.

Aditya Kapadia was born on 14 November 1986 in Mumbai, Maharashtra. Aditya commenced his career with the television serial Just Mohabbat as Gautam, aired on Sony TV from 1996 to 2000. In 1998, he appeared in the tv series Idhar Udhar as Akhil on Doordarshan. In the same year, he acted in the teen-drama serial Hip Hip Hurray as Raahil on Zee TV in 1998. Aditya made his debut with the action movie Jaanwar as Raju, Mamta’s and Aditya’s son in 1999.

From 2002 to 2003, he played the role of Jhumroo in the serial Shaka Laka Boom Boom. Later he also featured in Star Plus’ fantasy-adventure show Son Pari as Anokha Abhijeet. The story revolves around a girl named Fruity who receives a magical ball. From 2007 to 2009, he appeared as Ishaan Mehra in the show Cambala Investigation Agency. The CIA is comprised of five children who live in a fictitious city called Cambala and solve many crimes.

In 2012, Aditya played the role of Shaswat Nikhilesh Majumdar in the dramedy serial Ek Doosre Se Karte Hain Pyaar Hum broadcasted on Star Plus. The following year, he essayed Mukul Srivastav character in courtroom drama Adaalat on Sony TV. He starred in the TV series Twist Wala Love as Yash Kashyap, Suryaputra Karn as Shon and Trideviyaan as Prem Kumar.

Aditya Kapadia tied the knots with Tanvi Thakkar in 2021 in a simple courtroom wedding.

Some Facts About Aditya Kapadia

If you have more details about Aditya Kapadia. Please comment below we will updated within a hour.