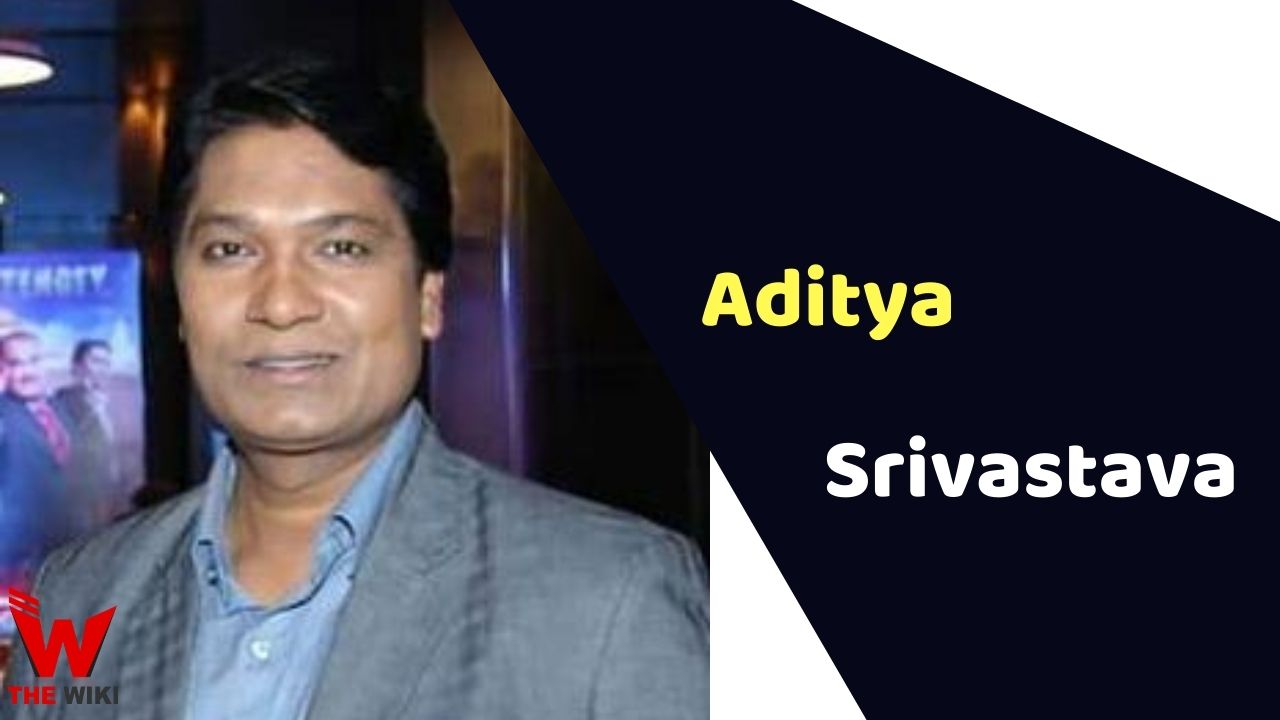 Aditya Srivastava is an Indian television and film actor. He is prominently recognized for playing the role in India’s longest-running police procedural serial C.I.D as Senior Inspector Abhijeet. He was a key player in Bollywood’s films like Satya, Gulaal, Lakshya, Paanch, Black Friday, Kaalo and Super 30.

Aditya Srivastava was born on 21 July 1968 in Praygraj, Uttar Pradesh. His father’s name is D.N. Srivastava. He has a sibling named Ashutosh Srivastava. He did his schooling at MGS Inter College, Sultanpur, and graduated from the University of Allahabad.

Srivastava started his career with the television series Dera from 1992 to 1994. From 1993 to 1997, he got featured in the tv series Byomkesh Bakshi as Madhumoy Sur in the Kahen Kavi Kalidas episode aired on DD National. He appeared in the thriller-horror anthology serial Aahat on Sony TV in various recurring roles. From 1997 to 1998, he starred in the series Mohandas B.A.L.L.B. as Rohit Khanna in episode 15 broadcasted on Zee TV. He played the role of Rashid Gul and Vijay in the Zee TV serial Rishtey in episodes 39 and 51 from 1998 to 1999. It contains little tales about human relationships.

He performed the prominent role of Senior Inspector Abhijeet in the police procedural serial C.I.D from 1999 to 2018. His role as Detective Abhijeet began in The Case of the Stolen Dynamite episode. He guest-starred in various shows like Comedy Circus Ka Naya Daur, Kaun Banega Crorepati Season 8, and The Kapil Sharma Show.

Srivastava made his debut with the biographical film Bandit Queen as Puttilal in 1994. He got featured in the movie Sanshodhan as Chunni Singh in 1996. In 1998, he appeared in the gangster action-crime film Satya as Inspector Khandilkar. Srivastava starred in the film Dil Pe Mat Le Yaar!! as Tito and received positive reviews in 2000. In 2003, he acted in the crime-thriller movie Paanch as Murgi. The film is freely based on the series of killings of Joshi-Abhyankar in Pune from 1976 to 1977. The Next year, he starred as Advocate Kamlesh Mathur in the neo-noir thriller movie Ek Hasina Thi. The film got presented for the first time at the Asian Film Festival in New York.

He appeared in the crime movie Black Friday as Badshah Khan in 2004. It gives an account of the events that led to the explosions and the police investigation that followed. He played the role of Sameer, a solitary and reserved traveler in the horror movie Kaalo in 2010. In 2019, he got featured in the biographical-drama film Super 30 as Lallan Singh, Shriram’s evil assistant.

He acted in the 2020 crime thriller-drama movie Raat Akeli Hai as M.L.A. Munna Raja. He did a romantic mystery-thriller film Haseen Dilruba as Inspector Kishore Rawat in 2021.

Some Facts About Aditya Srivastava

If you have more details about Aditya Srivastavat. Please comment below we will updated within a hour.