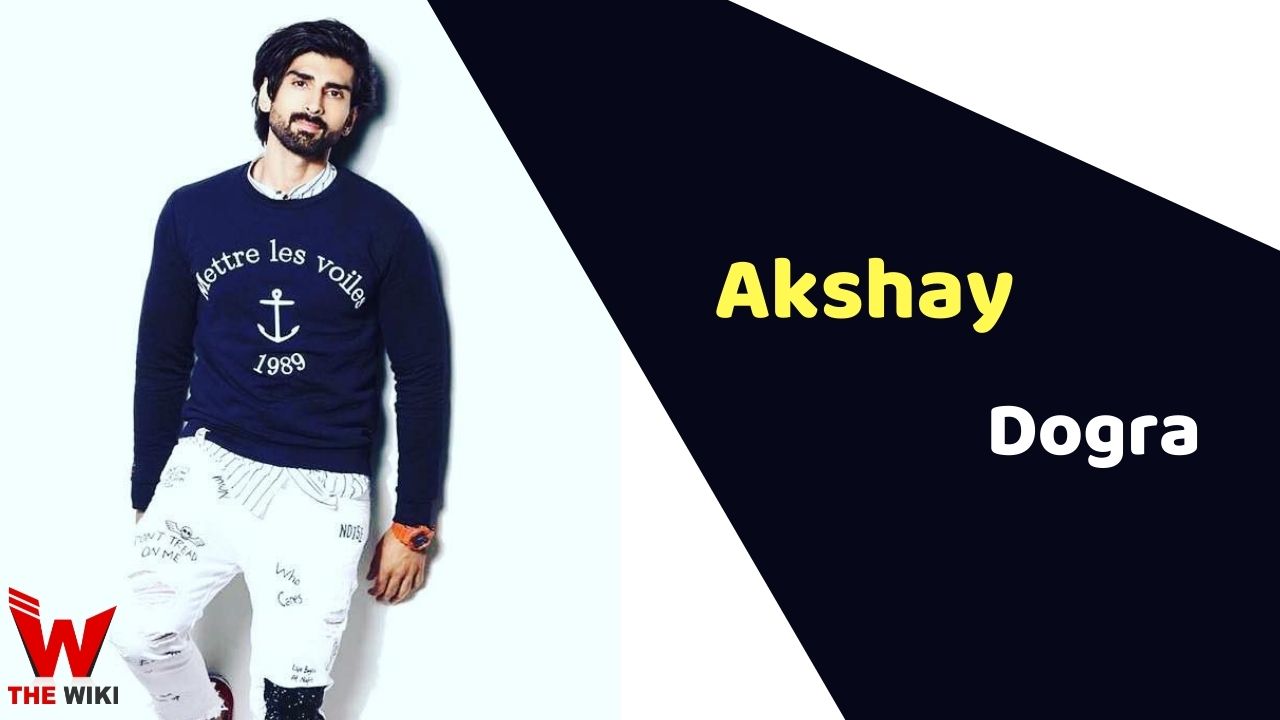 Akshay Dogra is an Indian television actor and has been a successful producer. He is famous for playing Akash Manohar Singh Raizada in Iss Pyaar Ko Kya Naam Doon?, Satya Nayak in Do Dil Ek Jaan and Jagan Pawaniya in Waaris. Akshay also worked in MX Player’s web series Ramyug in 2021.Throughout his career, he has assisted in numerous performances, on and off the screen.

Akshay Dogra was born on 21 September 1981 in Delhi, India. His father’s name is Ashok Dogra. He has a younger sister Ridhi Dogra, who is also a television actress and starred as Priya on Star Plus’ show Maryada: Lekin Kab Tak?.

Akshay was an executive producer and worked as the creative unit for many television programs formerly moving on to acting. His first acting role was Rohan for Bindass channel television series Kiss Kiss Bang Bang Bang. Akshay has worked in theatre plays like Apples and Walnut, on the Kashmir Valley has been very well received.

At the age of 21, he decided to move to Mumbai to pursue a career in the entertainment industry. From 2002, Akshay began working behind the scenes as an executive producer and member of the Creative Unit of numerous shows. Akshay spent some time after moving to Mumbai working as an assistant to Deepak Tijori. In the end, he became an actor.

He has come a long way in the television industry. He became famous for playing Vishal in Zee TV’s 12/24 Karol Bagh. The program was well-received by critics and the public. He was starred as Akash Singh Raizada in the famous Hindi television serial Iss Pyaar Ko Kya Naam Doon? on STAR Plus.

Akshay tied the knot with Sakshi in 2009. They dated for six years and got married. They have a son, Ivaan Dogra who was born on 29 February 2016.

Some Facts About Akshay Dogra

If you have more details about Akshay Dogra. Please comment below we will updated within a hour.