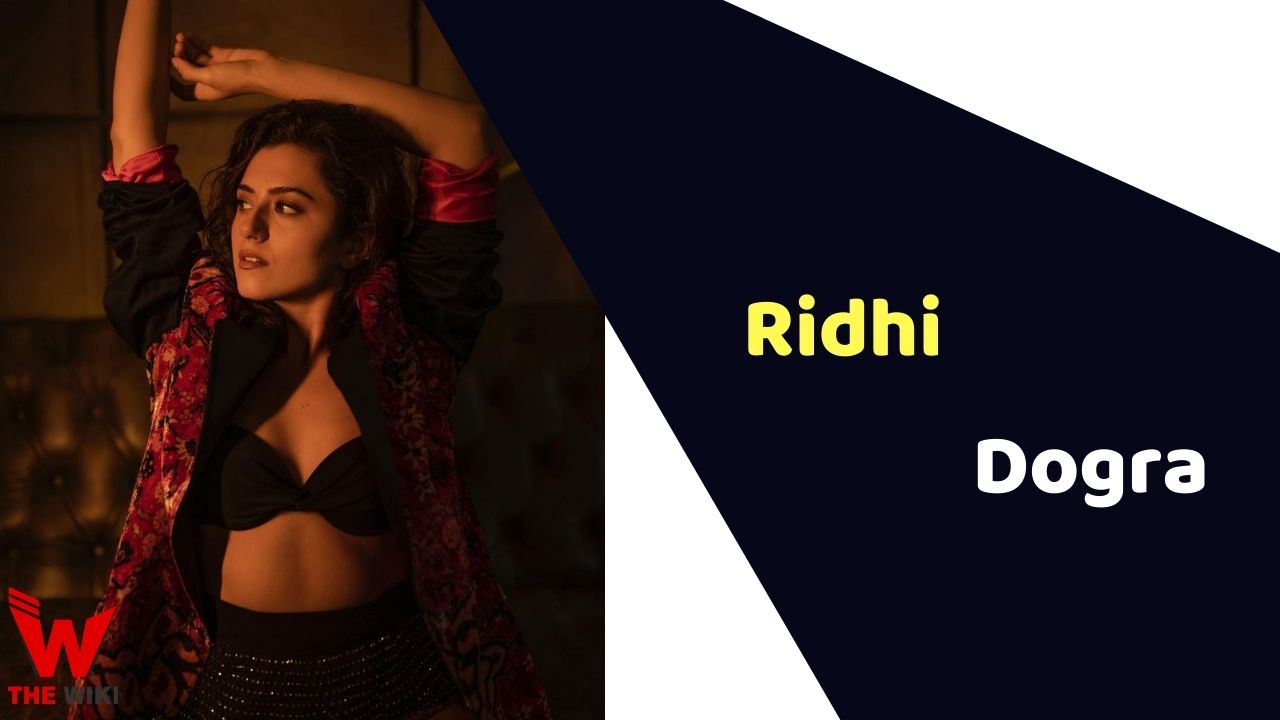 Ridhi Dogra is an Indian television and film actress. She is most famous for playing the role of Priya in the television serial Maryada: Lekin Kab Tak?. She took part in the television reality show Fear Factor: Khatron Ke Khiladi Season 6. Dogra also appeared in web series like The Married Woman and Asur.

Ridhi Dogra was born on 22 September 1984 in Delhi, India. Her father’s name is Ashok Dogra, and her mother’s name is Renu Dogra. She has a sibling named Akshay Dogra in the family. Dogra did her schooling at Apeejay School, Sheikh Sarai, New Delhi, and graduated from Kamala Nehru College. Ridhi holds a degree in Psychology.

Dogra began her career as a dancer at the Shiamak Dawar Dance Institute. She worked as a co-producer on Zoom. Dogra initiated her acting career with the television serial Jhoome Jiya Re as Himani, which was broadcasted on Zee Next in 2007. She appeared in the Balaji Telefilms television series Radhaa Ki Betiyaan Kuch Kar Dikhayengi as Rani in 2008. She starred in the show Hindi Hai Hum as Bubbly in 2009. It’s about a young girl named Bubbly from little Nahan town. She later appeared in the series Rishta.Com as Sureena in 2010. The same year, she did a tv show, Seven as Diya.

In 2010, Dogra played important role of Payal in Colors TV show Maat Pitaah Ke Charnon Mein Swarg starring Pracheen Chauhan and Megha Gupta in the lead roles. From 2010 to 2012, she starred in the long-run show Maryada: Lekin Kab Tak? as Priya Aditya Jakhar alongside Raqesh Vashisth. In 2013, She took part in the dance reality show Nach Baliye Season 6 along with Raqesh Vashisth. She was a contestant of the reality show Fear Factor: Khatron Ke Khiladi 6 in 2015.

Apart from television, Ridhi also starred in Voot Select web series Asur: Welcome to your Dark Side as Nusrat Saeed, a CBI forensic expert in 2020. Recently, she did a web series The Married Woman as Astha aired on ALT Balaji and ZEE5 in 2021.

Some Facts About Ridhi Dogra

If you have more details about Ridhi Dogra. Please comment below we will updated within a hour.