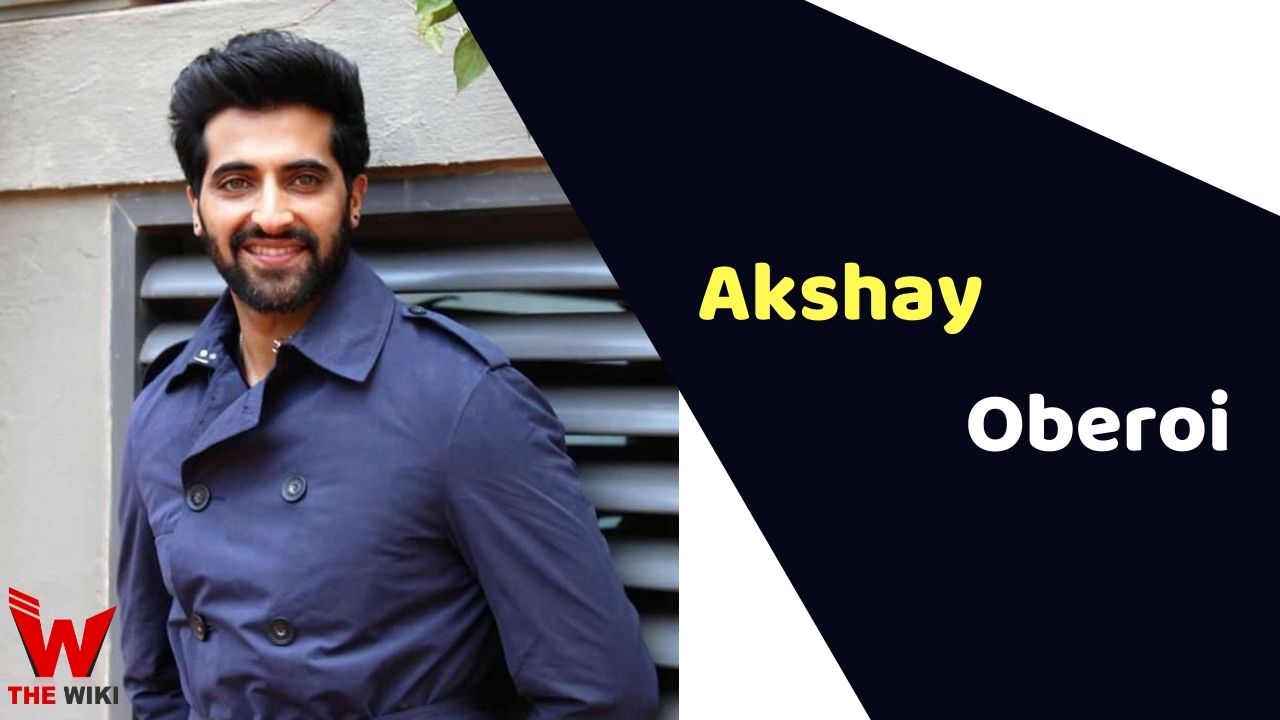 Akshay Oberoi is an American actor of Indian origin who predominantly works in Hindi film industry. He is also known as cousin of the actor Vivek Oberoi. After debuting as a child artist in the 2002 comic movie American Chai, Oberoi made his first appearance in Rajshri Productions’ Isi Life Mein in 2010. He has also worked in web series like Inside Edge, High, Hum Tum And Them, Illegal, The Test Case etc.

Akshay Oberoi was born on 1 January 1985 in Morristown, New Jersey, United States. His father’s name is Krishnan Oberoi. He has a sibling named Rishabh Oberoi. He did his schooling at Newark Academy, New Jersey, US and graduated from Johns Hopkins University, Baltimore, Maryland, US. Akshay acquired acting skills from Stella Adler and Playhouse West.

Oberoi began his career with the comedy-drama film American Chai as Neel in 2002. He starred in the film Isi Life Mein as Vivaan in 2010 and declared a disaster at the box office. In 2014, he played the role of Kunal in the horror movie Pizza. It’s a remake of a Tamil movie with same title. He appeared in the 2016 romantic-drama movie Fitoor as Mufti. In the same year, he acted in the black comedy crime-drama film Laal Rang as Rajesh, who fell in love with his fellow student Poonam. The Next year, he got cast in the neo-noir thriller movie Gurgaon as Nikki, the disturbing son of Kehri Singh, a wealthy estate tycoon in 2017. The film got staged in Gurgaon.

In 2019, he performed in the action-adventure movie Junglee as Dev and received mixed reviews. He played the role of Indramani Indu Tripathi, Tara’s ex-bf, in the political movie Madam Chief Minister in 2021. In 2021, he appeared in the Tamil crime-thriller film Thiruttu Payale 2 as Anshuman. It builds on the attack on the temple of Akshardham in 2002. He did a movie State of Siege: Temple Attack as Captain Bibek aired on Zee5 in 2021.

Apart from films, Akshay has also worked in several web series. He got featured in the Voot mini-series It’s Not That Simple in 2016, followed by Bar Code and The Test Case in 2017. He played the role of Anand Mehta in the Netflix sports-drama series Selection Day in 2018. In 2020, he appeared as Akshay Jaitley in the Voot thriller- courtroom drama series Illegal. In the same year, he acted in the crime-thriller series Flesh as Taj, premiered on Eros Now in 2020.

Akshay Oberoi tied the knots with Jyothi Vynatheya in the year 2011. He met Jyothi in the Newark Academy, they were together for over a decade before they got married. The couple has a son named Avyaan.

Some Facts About Akshay Oberoi

If you have more details about Akshay Oberoi. Please comment below we will updated within a hour.