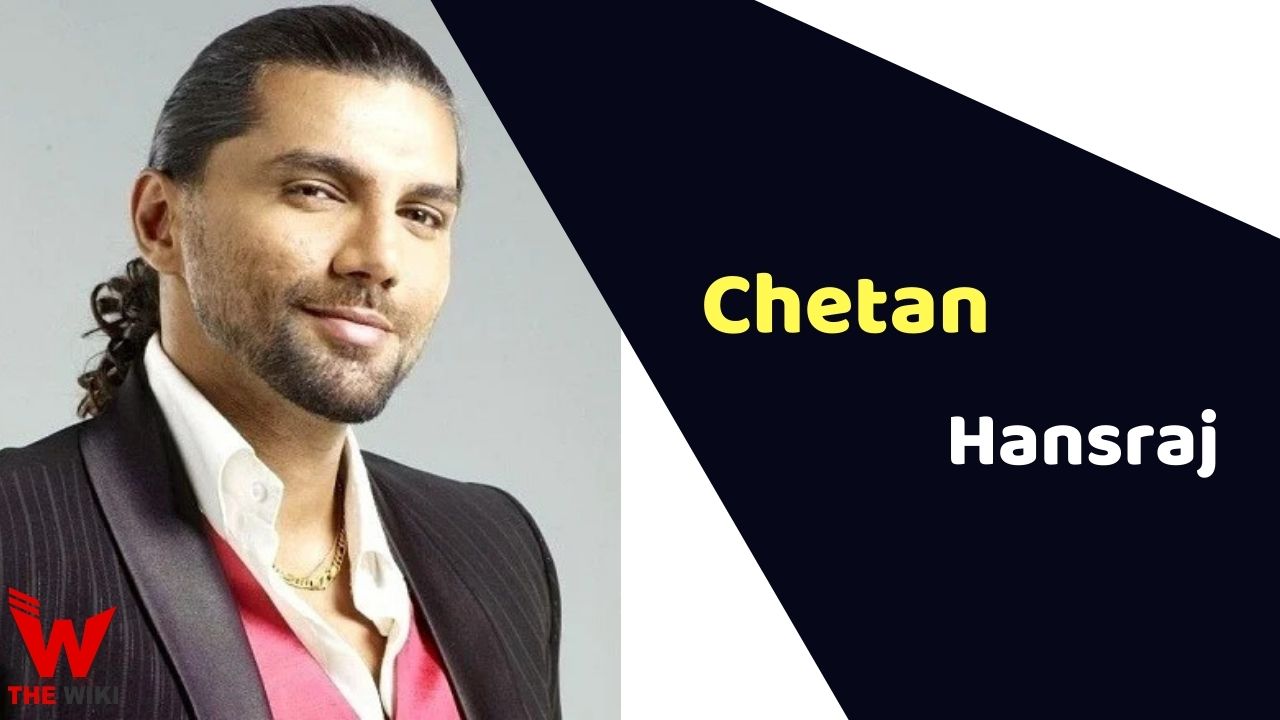 Chetan Hansraj is an Indian television and film actor. He is famous for his roles for Advocate Garv Sachdev in KKusum, Shashank Garg in Kahaani Ghar Ghar Ki, Joshi in Kaisa Yeh Pyaar Hai, Dhruv in Kaajjal, Rudraksha Raisinghania in Virrudh. He also worked in several Bollywood films such as Hero, Shootout at Wadala, Bodyguard, Once Upon a Time in Mumbai Dobaara etc. Chetan is known for playing negative shades roles in the television industry.

Chetan Hansraj was born on 15 June 1982 in Mumbai, Maharashtra. His mother is a pathologist and, his father is a well-established entrepreneur. He finished his education at Jamunabai Nursery School in Mumbai and graduated from Mithibai College. Chetan also did a course in fashion designing from NIFT and a 3D Animation course. He is the cousin of Jugal Hansraj, a model-actor.

He debuted on television in a negative role in the daily drama serial, KKusum as Garv. Also, he did thriller shows like Kya Hadsaa Kya Haqeeqat and Kab Kaise Kon on Sony TV.  He was, starred in the famous Indian Soap, Kahaani Ghar Ghar Kii. Later he worked in the romantic drama series Kaisa Ye Pyar Hai on Sony TV and did the cameo part of Rakesh Beggar in the Indian sitcom Instant Khichdi.

Chetan married Lavania Pereira on 12 December 2004. His wife is a home furnishing designer. They have a boy, Ethan.

Some Facts About Chetan Hansraj

If you have more details about Chetan Hansraj. Please comment below we will updated within a hour.