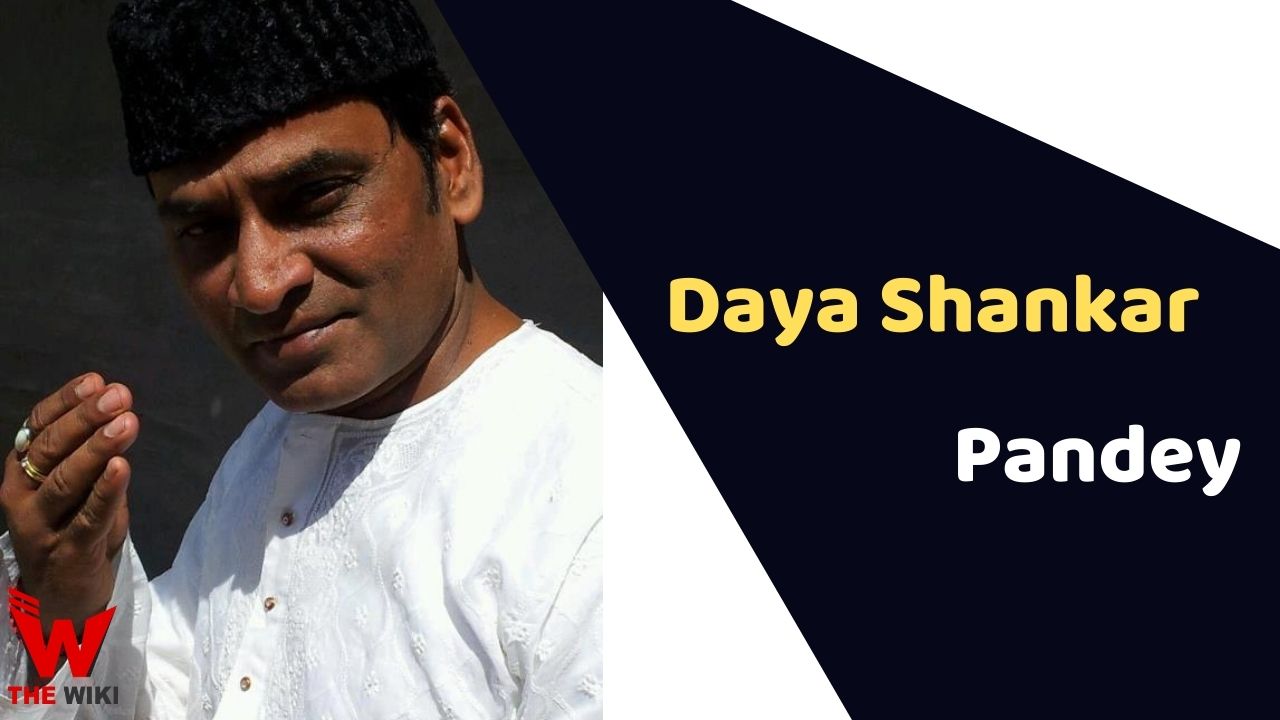 Daya Shankar Pandey is an Indian film and television actor. He has appeared in Hindi movies like Lagaan, Gangajaal, Swades, and Raajneeti. Currently, he is playing the role of Inspector Chalu Pandey in the popular soap opera Taarak Mehta Ka Ooltah Chashmah.

Daya Shankar Pandey was born on 19 November 1965 in Bhadohi, Uttar Pradesh. He started his career film Pehla Nasha in 1993. He got featured in the film Lagaan as Goli in 2001. The Next year, he appeared in the movie Makdee as a School teacher in 2002. In 2003, he acted as Sub-Inspector Mangni Ram in the action crime-drama movie Gangaajal starring with Ajay Devgan. Daya performed role of Mela Ram in Ashutosh Gowariker directed film drama film Swades in 2004. In 2005, he cast in the supernatural-horror movie Kaal as D.S. Pandey. He appeared as Dayashankar Pandey in the mystery-thriller film Woodstock Villa in 2008.

In 2013, he got featured in the action movie Zanjeer as Inspector Prem. It is the remake of the Hindi movie of the same name. He debuted in the Bhojpuri action-romance movie Satya as Tabrez Ansari in 2017. In 2018, he appeared in the Gujarati adventure-drama movie Reva a Gandu Fakir. He starred in the romantic mystery-thriller movie Haseen Dilruba as Brijraj Saxena in 2021. He did a vigilante-action movie Satyameva Jayate 2 as Parag Tripathi in 2021.

Daya made his debut with the television crime-drama series Tehkikaat on DD National in 1994. He featured in the TV comedy serial Ghar Jamai as Hotel Union Leader, and Robert aired on Zee TV in 1997. In 2000, he appeared in the Sahara One dramedy series Kituu Sabb Jaantii Hai as Jogi. It was based on a story about a middle-class girl. He is currently serving as Inspector Chalu Pandey in the popular drama-comedy serial Taarak Mehta Ka Ooltah Chashmah on SAB TV from 2010.

Some Facts About Daya Shankar Pandey

If you have more details about Daya Shankar Pandey. Please comment below we will updated within a hour.