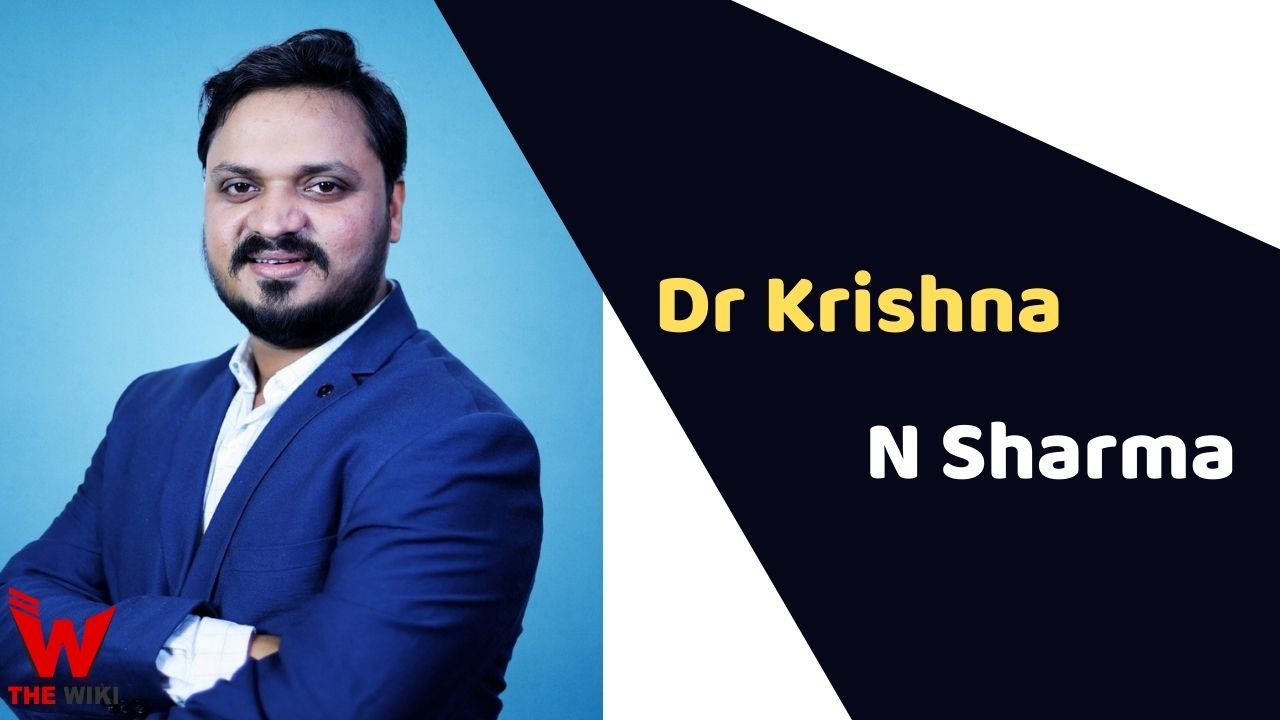 Dr Krishna N Sharma (aka Prof Krishna N Sharma / Dr Krishna) is the world’s youngest Vice-Chancellor and holds eight (8) world records. He is a prolific writer with over 40 best-sellers out of his 150 published books. He is also a seasoned researcher, entrepreneur, musician, and TEDx speaker. This multifaceted young professor was also featured in Femina (Pune Edition) for his scholarships worth $10,0000 for women empowerment. His benevolence is also evident by his participation as a Rotarian (Rotary Club of Kampala Ssese Islands, Uganda) and recognition as Paul Harris Fellow for his donations.

Dr Krishna N Sharma was born in Mau, Uttar Pradesh, India on 24 December. He is son of Dr L Sharma and Chintamani Sharma. He has three younger brothers and a sister in family. Krishna is married to Dr. Ankita Kashyap and they have a daughter Arisha Sharma. His wife Dr. Ankita Kashyap is a medical doctor (MD General Medicine), writer, and TEDx speaker.

Dr Krishna N Sharma completed professional studies in India and then pursued further education through other institutes of higher learning of different countries. He holds a PhD in Clinical Research.

Dr. Krishna is Managing Director of Virtued Academy International, Glare Music International, and News with Nation news portal. His academy has students from over 75,000 students from over 180 countries in the world. He had started his first business when he was only 16 years old. In the early days of his career, he was also part of the medical teams at TV shows e.g. Jhalak Dikhhla Jaa, and India’s Dancing Superstars.

As a singer, Dr Krishna’s first Hindi song was Main Hi Shiv Hoon. Here is the list of songs by Dr Krishna N Sharma as singer:

As a lyricist, Dr Krishna got his first break for the song Swag (2019) by Zee Music Company. Here is the list of songs by Dr Krishna N Sharma as lyricist:

As a vocal artist, Dr Krishna has participated in various radio plays.

He has been the Vice Chancellor of Victoria University, Uganda. He was appointed as VC in 2017 and set the record of becoming the world’s youngest vice chancellor. During his tenure, he brought in World Bank funded project and collaborated with multiple organizations and universities.

Currently, he teaches in multiple universities and institutions as a professor. So far, he has taught over 75,000 students across the globe.

Dr. Krishna has supervised more than 60 research projects and has published multiple research papers. He is the 1st Indian to develop his/her own school of thought in manual therapy that made into any national curriculum. His technique “Krishna’s Kinetikinetic Manual Therapy (KKMT)” became part of the National curriculum (HPD) by the Ministry of Higher Education, Cameroon in the year 2016. He also invented a new test of musculoskeletal assessment called Modified Prayer Test. His test is also included in the only reference book of Thoracic Outlet Syndrome published by Springer International Publishing. In 2020, he topped the scientific index list as the 1st Rank researcher (PT) in Uganda and 15th Rank in Africa. He also introduced scientific approach to mental health of Ugandan National Cricket team that improved their performance.

Dr Krishna had published his first book in 2005. So far, he has written 150 books. Here is the list of books by Dr Krishna N Sharma.