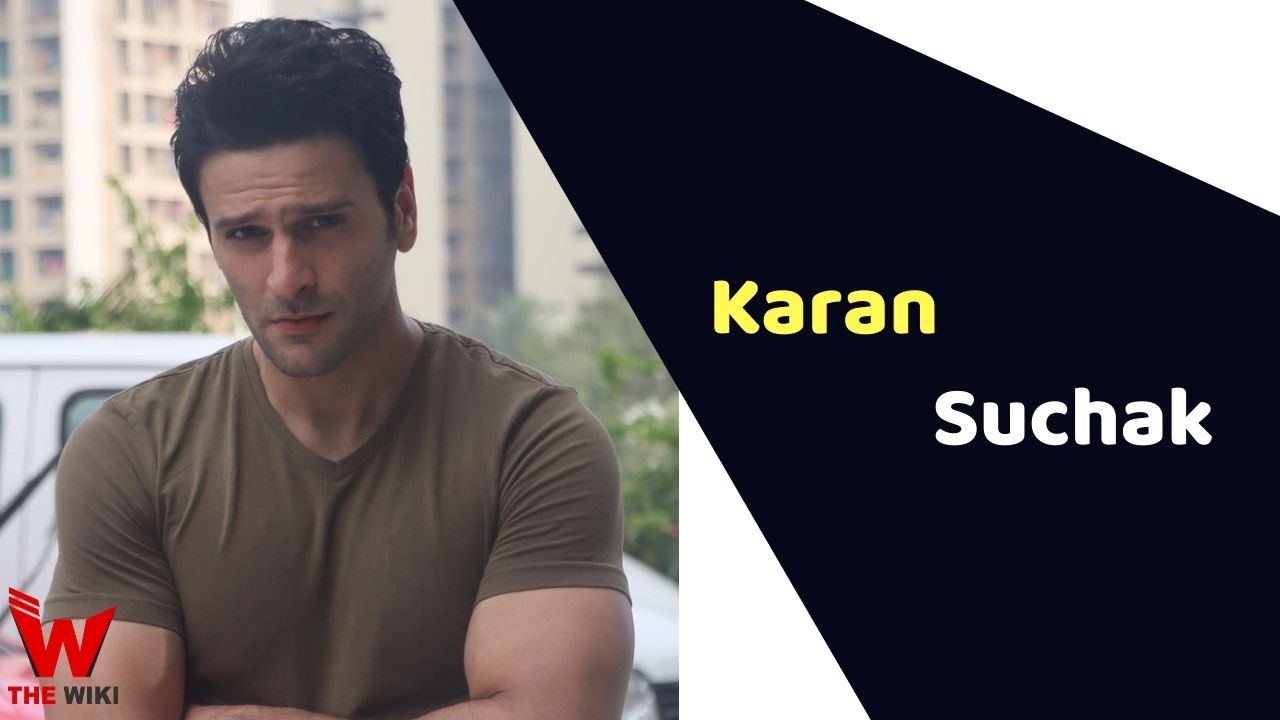 Karan Suchak was born on 2 August 1986 in Ahmedabad, Gujarat. He tied the knots with Nandita Bhandari, a marketing professional in 2015.

Karan began his career with the Star Plus television serial Ek Hazaaron Mein Meri Behna Hai as Sambhav Malik in 2013. The same year, he appeared in the fantasy-drama series Savitri as Vikrant in 2013. It is a modern interpretation of the traditional Indian folk of Savitri and Satyavan of Mahabharata. From 2013 to 2014, he featured in the serial Pavitra Rishta as Shekhar Gupta. The original concept is adapted from Tamil series named Thirumathi Selvam.

A couple of months later, Karan got seen when he started playing Draupadi’s brother Dhrishtadyumna in the historic TV series Mahabharat on Star Plus in 2014. From 2014 to 2015, he played the role of King Vikramaditya in the adventure fantasy-drama serial Singhasan Battisi. The series revolves on folktales of Singhaasan Battisi. In 2015, he cast in the television superhero children’s series Maharakshak: Devi as Narada and Inspector Prakash Narayan. From 2015 to 2016, he played the role of Lakshmana in the mythological series Siya Ke Ram aired on Star Plus. Later he was also seen in Peshwa Bajirao, Meri Hanikarak Biwi and Thoda Sa Baadal Thoda Sa Paani.

Some Facts About Karan Suchak

If you have more details about Karan Suchak. Please comment below we will updated within a hour.