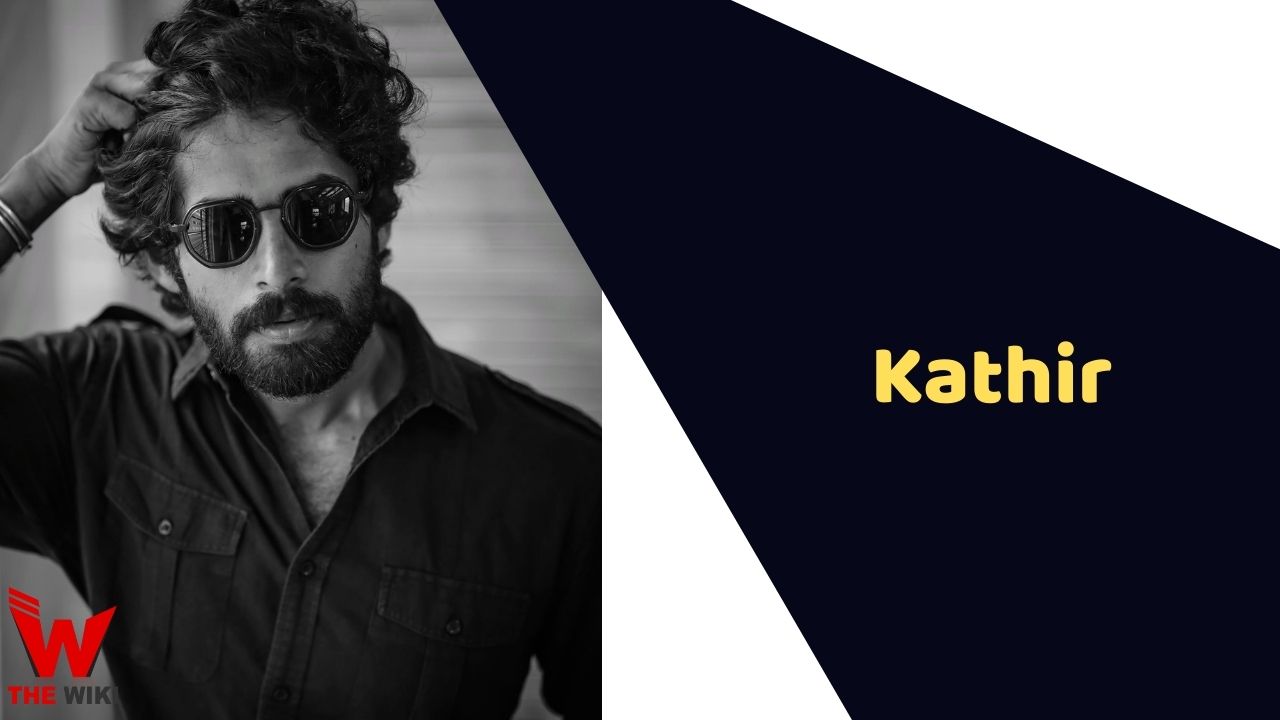 Kathir is an Indian actor who primarily works in the Tamil film industry. He is famous for Ennodu Vilayadu, Vikram Vedha, Pariyerum Perumal, and, Sigai, and Sathru. He got his first breakthrough as Parthiban in Tamil thriller drama film Madha Yaanai Koottam in 2013.

Kathir was born on 21 September 1992 in Erode, Tamil Nadu. He did his schooling at Bharatiya Vidya Bhavan and graduated from Kumaraguru College of Technology, Coimbatore.

Kathir commenced his career with the Tamil thriller-drama film Madha Yaanai Koottam as Parthiban in 2013. In 2015, he played the role of , a selfish youth in search of a job named Kathir in the thriller movie Kirumi. He got featured in the thriller movie Ennodu Vilayadu as Sridhar in 2017. The same year, Kathir appeared in the neo-noir action thriller film Vikram Vedha as Vignesh. The film took its inspiration from the Indian folktale Baital Pachisi.

Kathir starred in the drama movie Pariyerum Perumal as Pariyerum Perumal in 2018. Later, he appeared in several movies like Sigai as Mathivanan, Sathru as SI Kathiresan, Bigil as Kathir, and Jada as Jada. He played the role of Arivu in the 2021 drama film Sarbath.

Kathir tied the knot with Sanjana on 4th March, 2018. Sanjana is the daughter of the famous and prestigious industrialist in Tamil Nadu’s Erode district. The grand wedding ceremony was organized in the presence of all the close industry friends and family members along with the relatives.

Some Facts About Kathir

If you have more details about Kathir. Please comment below we will update within an hour.