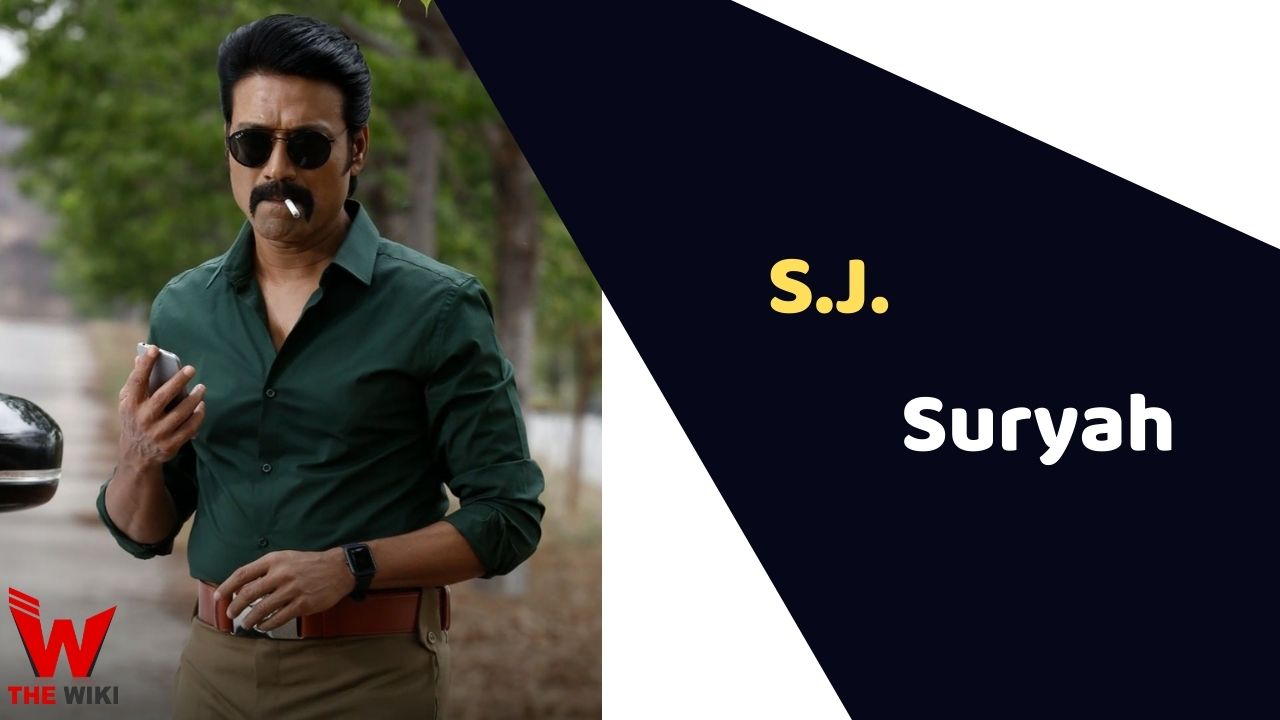 S.J. Suryah is an Indian actor, director, lyricist, playback singer, and writer who predominantly serves in Tamil, Telugu, and Hindi Entertainment cinema. He is famously known for his work in films such as Vaalee, Mersal, New, Anbe Aaruyire and Spyder. He started his acting career through self produced and directed Tamil comedy film New.

S.J. Suryah was born on 20 July 1968 in Vasudevanallur, a town panchayat of Tenkasi district, Tamil Nadu. His father’s name is Sammanasu Pandian, and his mother’s name is Anandham. He completed his graduation in physics from Loyola College, Chennai.

Suryah was always passionate about acting and started his career while pursuing graduation from Chennai. He got first role in the Tamil dramedy film Nethiyadi as Villager in 1988. After that he worked as assistant director in several films including Sundara Purushan, Aasai, Kizhakku Cheemayile. In 2004, he directed, produced and written a science fiction comedy film New, he also played the lead character of Pappu in the film.

In 2006, he acted in the romantic-comedy movie Kalvanin Kadhali as Sathya, a casanova boy who pursues Tina. He played the dual role of Suryaprakash fiction comedy film Vyabari in 2007. He got featured in the action-drama movie Newtonin Moondram Vidhi as Guru in 2009. In 2017, he starred in the action-thriller film Spyder as Sudalai, a serial killer. In the same year, he got cast in the action crime-thriller movie Mersal as Daniel Arockiyaraj, a greedy and evil doctor in 2017. He performed in the 2021 horror film Nenjam Marappathillai as Ramaswamy in 2021. He did a comedy-of-age comedy-drama movie, Don, as Bhoominathan in 2022.

Some Facts About S.J. Suryah

If you have more details about S.J. Suryah. Please comment below we will update within an hour.