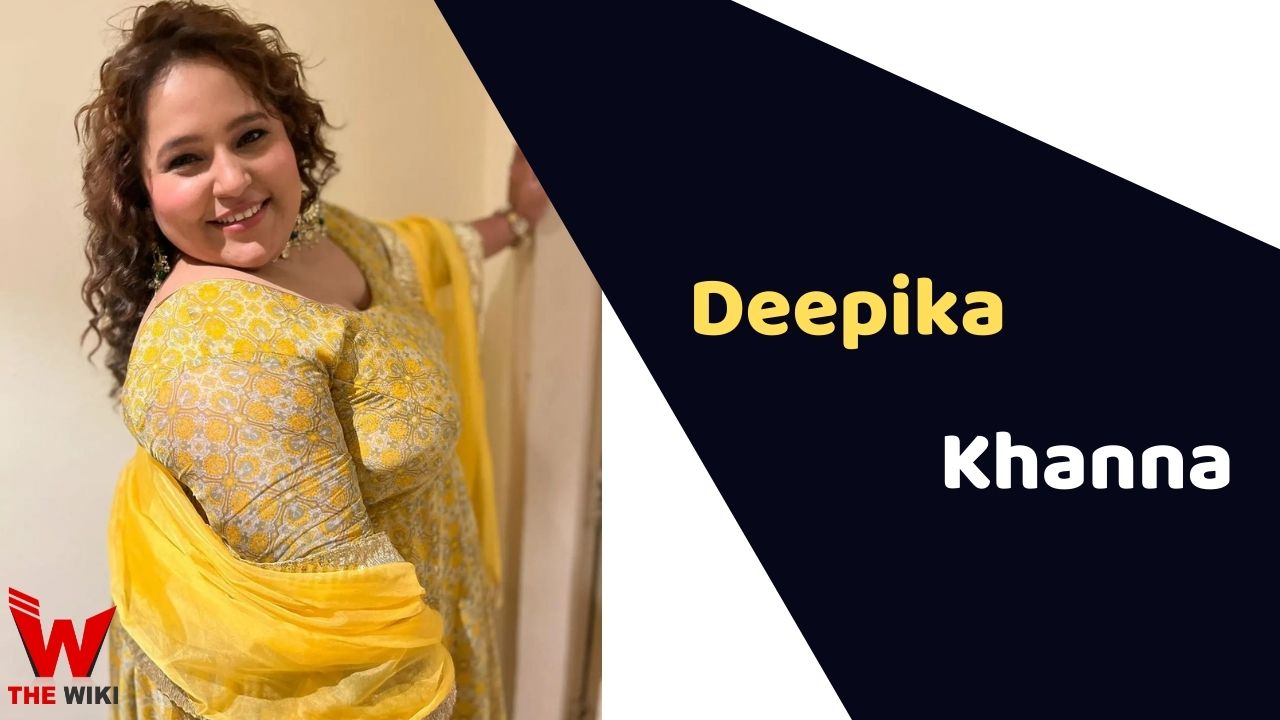 Deepika Khanna is an Indian film and television actor. She is famous for playing character of Chef Simpy in drama television serial Patiala Babes from 2019-2020. She made her Bollywood debut in 2022 with Akshay Kumar and Bhumi Pednekar starrer film Raksha Bandhan as Durga. Deepika also appeared in web series Who’s Your Daddy and Gandii Baat.

Deepika Khanna was born on 22 December 1994 to a Hindu Khatri family in Mumbai, Maharashtra. She is eldest daughter of Harish Khanna and Rakhi Khanna. She has two siblings named Ajay Khanna and Muskaan Khanna. Deepika got her early education from St. Joseph’s High School and later pursued graduation from MMK College, Bandra.

Deepika began her career with film Ribbon in 2017, played a supporting role of Jiya starring with Sumeet Vyas and Kalki Koechlin. The following year, she acted in web series Gandii Baat produced by Jaasvand Entertainments. Deepika later was seen as Fatima in series Yeh Crazy Dil.

Deepika rose to prominence with Sony TV’s drama show Patiala Babes, starring alongside Paridhi Sharma, Ashnoor Kaur, Aniruddh Dave, Saurabh Raj Jain and Saisha Bajaj. In 2022, she got opportunity to work in Hindi film Raksha Bandhan as one of the four sister of Akshay Kumar.

Deepika Khanna is currently in relationship with Anuj Kataria, who is an entrepreneur.

Some Facts About Deepika Khanna

If you have more details about Deepika Khanna. Please comment below we will update within an hour.