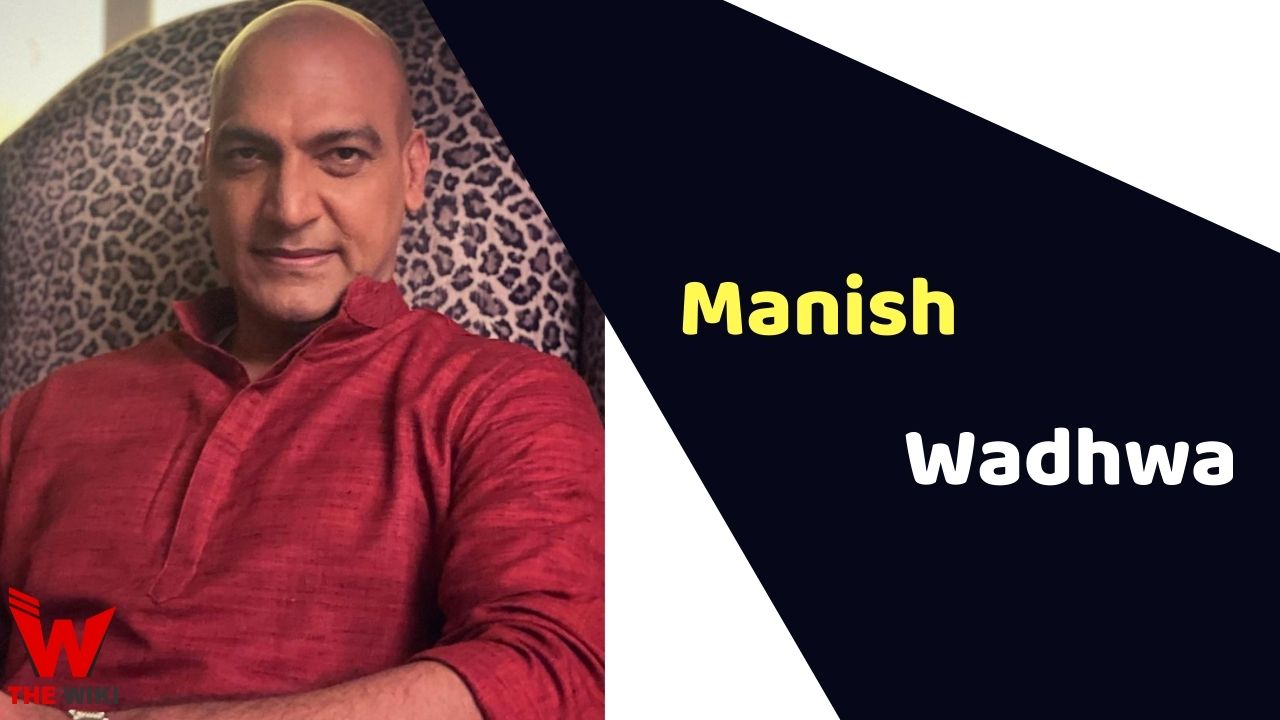 Manish Wadhwa is an Indian actor and voice over artist. He is most popular for his characters in the serial Chandragupta Maurya, Paramvatar Shri Krishna, and Hero-Gayab Mode On and Dansh. He won the Best Actor in Lead Role (Jury) award at Indian Telly Awards 2012 for his performance as Chankya in Imagine TV’s show Chandragupta Maurya.

Manish Wadhwa was born on 23 April 1972 in Ambala Cantonment, Ambala district of Haryana. He did his schooling at Shishu Niketan School, Haryana, and graduated from Prahladrai Dalmia Lions College, Mumbai. He holds a Bachelor’s degree in Commerce.

Wadhwa made his debut with the film Main Phir Aaoongi in the year 1998. In the same year, he acted in the film Bewafa Qatil in 1998. He appeared in the movie Dr. Mukta as Rajiv in the year 2000. In 2001, he acted in the film Rahul as Rohit. Wadhwa performed in the movie The Hope in the year 2004. He got featured in the Indian epic biographical war movie Netaji Subhas Chandra Bose: The Forgotten Hero as Col. Inayat Kiani in 2004. He starred in the hit film Padmaavat as Gandharvasen in 2018. He has done various movies like Baa Baa Black Sheep in 2018, Manikarnika: The Queen of Jhansi in 2019.

Meanwhile Manish began his career with the television serial Amrapali as Ajatshatru in the year 2002. He appeared in the television series Kohinoor as Kali in the year 2005. In the year 2007, he acted in the tv series Mano Ya Na Mano as Vikram Bhargav and Vineet Bhargav. In 2012, Wadhwa rose to fame by playing lead role of Chanakya in Chandragupta Maurya. Later he also got opportunity to negative role of Kans in Paramavatar Shri Krishna and Amal Nanda/Dansh in Hero Gayab Mode On.

Manish Wadhwa got married to Priyanka Wadhwa. The couple has two children a daughter named Vanshika Wadhwa and a son named Ashrit Wadhwa.

Some Facts About Manish Wadhwa

If you have more details about Manish Wadhwa. Please comment below we will updated within a hour.