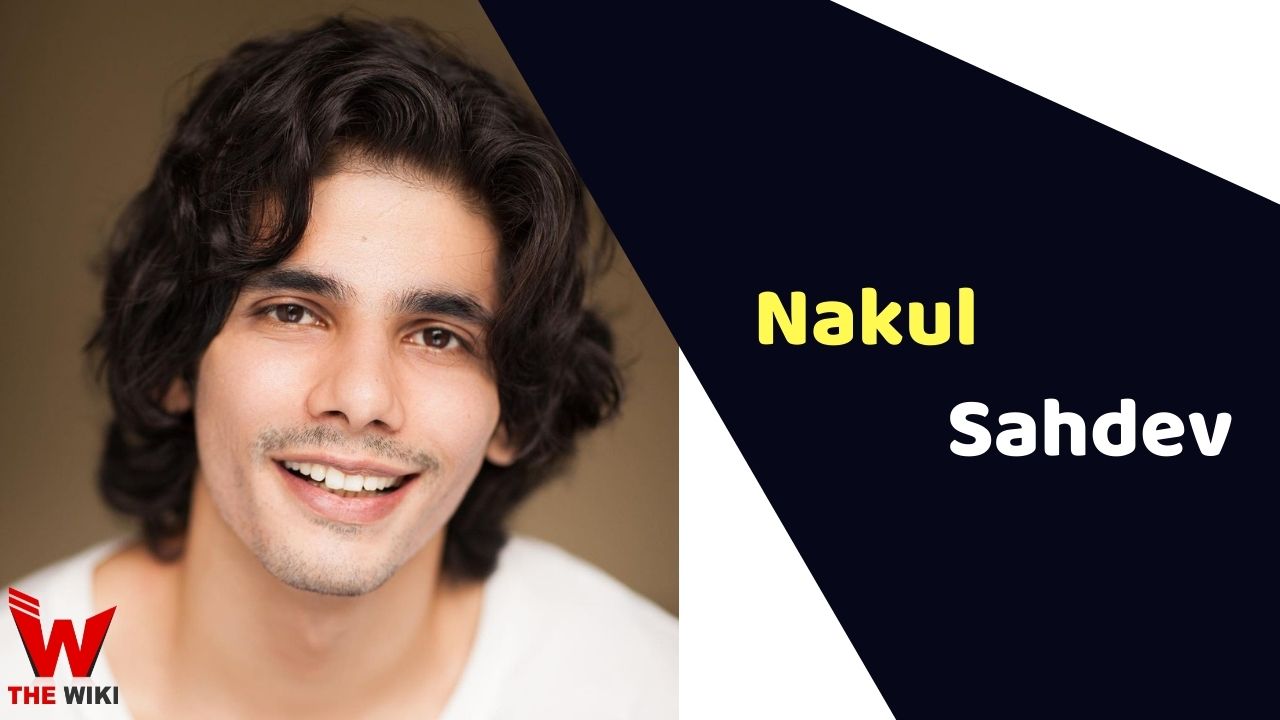 Nakul Sahdev is an Indian actor and producer. He predominantly works in Hindi web series and film industry. He is recognized for his work in Money Devo Bhava, The Smoke Screen, Gully Boy, Mod, We Didn’t Kill Mia, Pagglait, and Dali. Nakul portrayed the role of Anshuman in Fanaah: An Impossible Love Story on MTV India in 2014.

Nakul Sahdev was born on 5 January 1995 in Udaipur, Rajasthan. His father Roshan Sahdev is a businessman, and his mother works in the Indian Navy. He went to the Whistling Woods Acting School for acting training.

Nakul began his career with the television comedy-drama musical series Ishaan as Kabir from 2010 to 2011. In 2013, he got featured in the television drama series Best Friends Forever as Purushastra Jajodiya. Apart from television, Nakul also made his debut in Bollywood with the romance-drama movie Mod as Young Andrew Raymond in 2011. In the same year, he played the role of school-mate and bartender in the drama movie Jo Dooba So Paar: It’s Love in Bihar. He appeared in the drama-family movie Life’s Good in 2012.

Nakul starred as a vampire named Anshuman in the MTV’s channel fantasy series Fanaah: An Impossible Love in the year 2014. From 2018 to 2019, he acted in popular television series Love Lust and Confusion which premiered on Voot Select app. In 2021, he was seen in Voot thriller web series Candy as Vayu Ranaut followed by Girgit as Ranbir Khetan.

Some Facts About Nakul Sahdev

If you have more details about Nakul Sahdev. Please comment below we will updated within a hour.