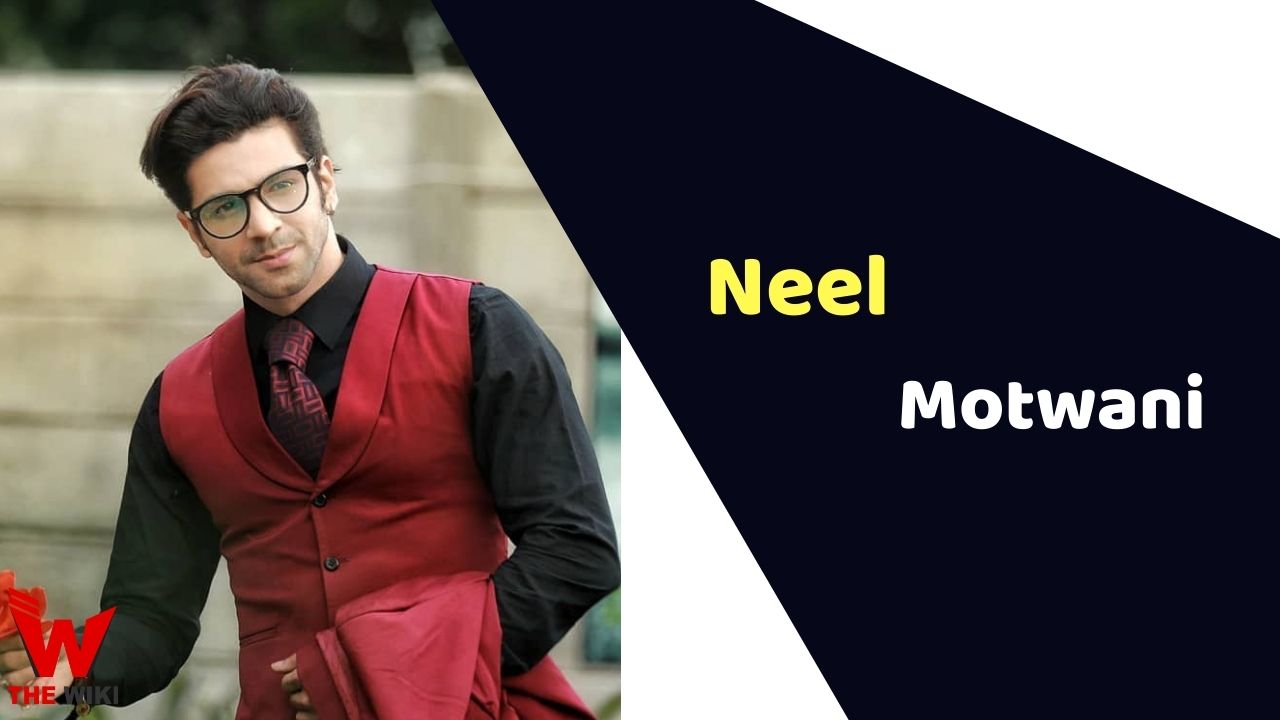 Neel Motwani is an Indian television and film actor. He is most popularly known for his lead role in a comedy drama Bahu Hamari Rajni Kant, where he played the role of a geeky scientist who married a robot. Motwani has also done small roles in Bollywood films like Main Tera Hero and Dosti Ke Side Effects. He has actively grabbed the public’s attention with his acting skills. He has been active in acting industry since 2013.

Neel Motwani was born on 31 January in Nagpur, Maharashtra. Her mother’s name is Renu Motwani. In his early 20’s, he moved to Mumbai to build his career. Initially, he started working as a model for several clothing brands and small businesses. However, his major break in acting came when he was offered an important supporting role in the famous television serial Beintehaan in 2013. His role as Bilal Rahim gained him popularity and love from his audience. He was soon seen as Neel Pathak in Yeh Hain Mohabbatein in 2013-14. After that,he has worked in many TV shows like Bahu Hamari Rajni Kant, Kumkum Bhagya, Meri Aashiqui Tumse Hi, Bade Acche Lagte Hain, Uff! Yeh Nadaniyan, Kundali Bhagya etc.

Besides, mainstream acting in the Indian television industry as a fictional actor he has also worked for crime shows like C.I.D. and Crime Patrol and the horror show Aahat season 6. He made his Bollywood debut with Balaji Motion Pictures in Main Tera Hero alongside Varun Dhawan, Iliana D’cruze and Narghis Fakhri.

Neel Motwani was in rumoured relationship with his co-star Farnaz Shetty. He is currently dating Vindhya Tiwari.

Some Facts About Neel Motwani

If you have more details about Neel Motwani. Please comment below we will updated within a hour.