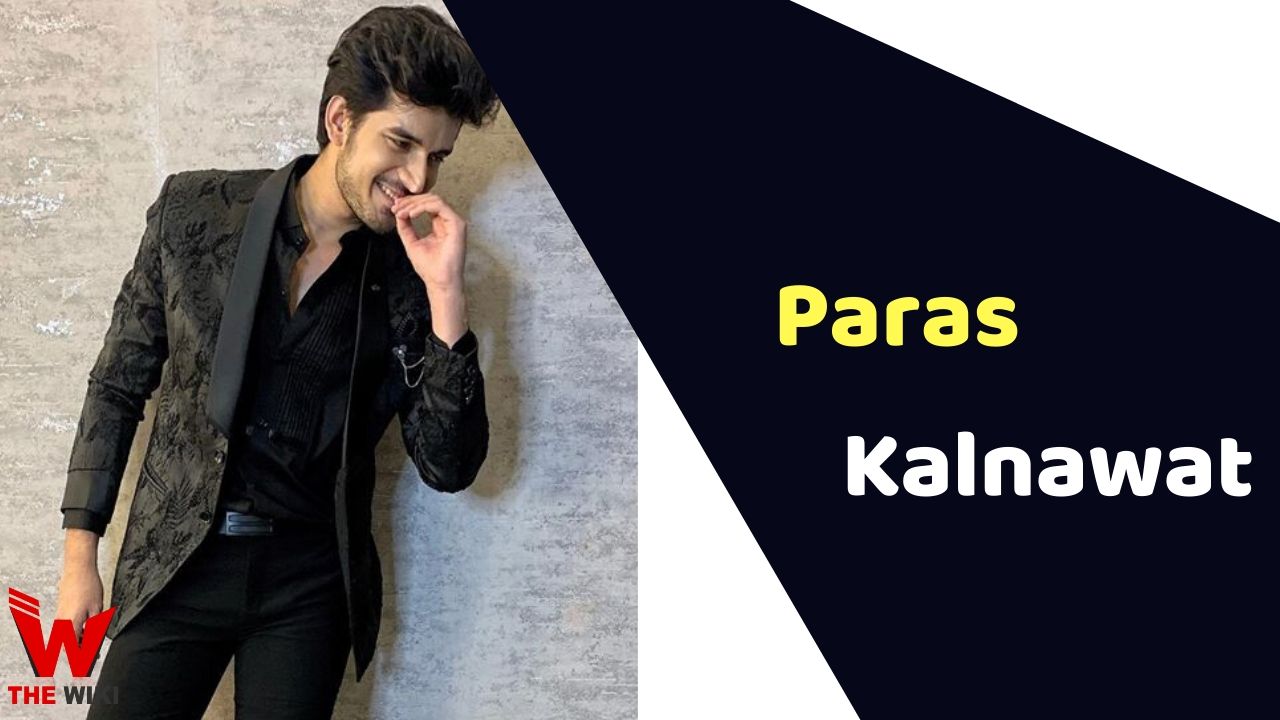 Paras Kalnawat is an Indian television actor. He is known for playing role of Samar Shah in television serial Anupamaa from 2020-2022. He also acted in several TV shows like Meri Durga and Mariam Khan – Reporting Live. Paras started his career in the year 2017 with the television serial Meri Durga.

Paras Kalnawat was born on 9 November 1996 in Nagpur, Maharashtra. He is the son of Bhushan Kalnawat, a famous businessman from Nagpur. He came to Mumbai to become an actor after completing school education. In Mumbai, he got acting education from Barry John Acting School, as well as a diploma in dance from Terence Lewis academy.

Paras started his career in modeling. From 2016 he became active in the glamor industry and was a part of many fashion events. He has done ramp walks for famous designers including Kunal Rawal, Monisha Jaisingh, Manish Malhotra and Narendra Kumar.

After getting popular in the modeling industry, he got a chance to make a television debut with the Star Plus channel show Meri Durga. With this show, he gained a lot of fame in the television world. He played the lead role of Sanjay Prince Ahlawat in the show. After working on the show, he worked in many television shows such as Mariam Khan – Reporting Live and Anupamaa.

Some Facts About Paras Kalnawat

If you have more details about Paras Kalnawat. Please comment below we will updated within a hour.