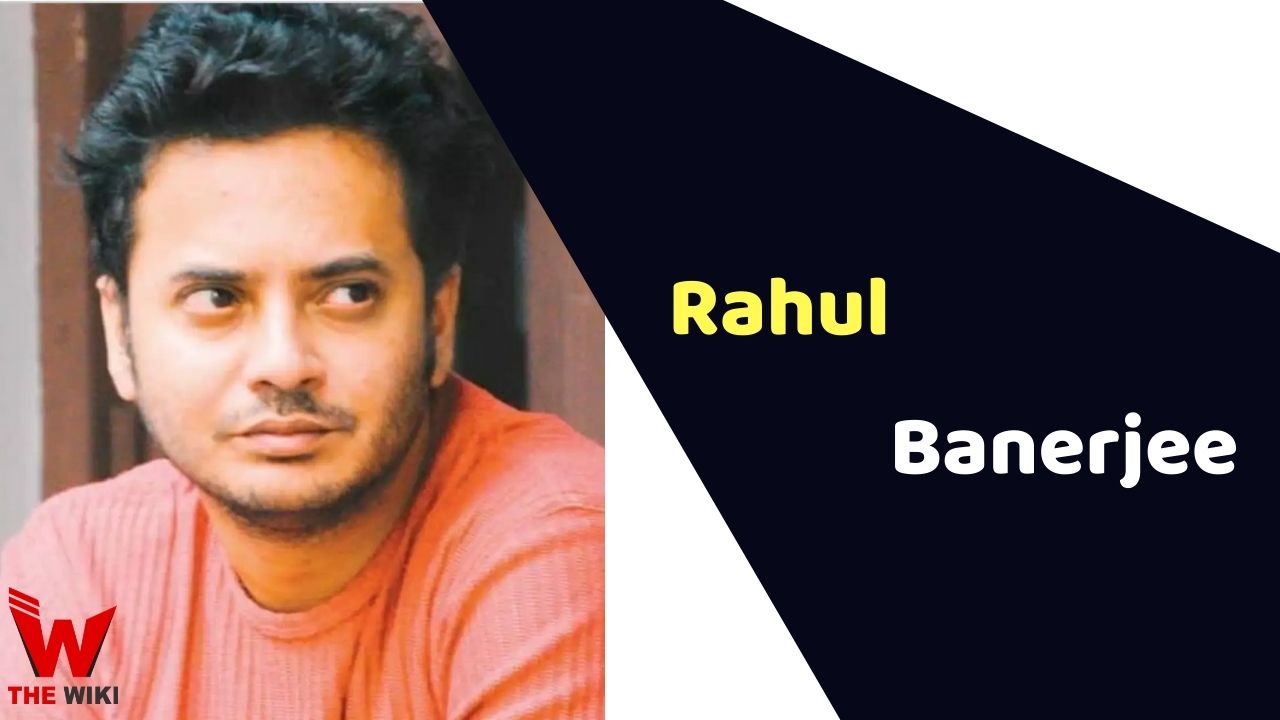 Rahul Banerjee is (also known as Arunoday Banerjee) an Indian actor and writer. He has mostly worked in Bengali film and television industry. Rahul started his career with film Aabar Aashbo Phire in the year 2004. He has worked in movies like Love Circus, Shono Mon Boli Tomay, Poti Poromesshor and many others.

Rahul Banerjee was born on 16 October 1983 in Kolkata, West Bengal, India. His father’s name is Biswanath Banerjee, was a director of the theatre troupe named Bijoygor Atmaprakash. He did his schooling at Naktala High School and graduated from Ashutosh College.

Rahul did many theatre shows prior entering film and television. He began his acting career with the film Aabar Aashbo Phire in the year 2004. In 2008 he starred in the film Chirodini Tumi Je Amar. He acted in the film Jiyo Kaka by debutant director Parambrata Chattopadhyay in 2011. He performed in the Megha Dhaka Tara de Kamaleswar Mukherjee in 2013. The film is inspired by the story and performances of Bengali filmmaker Ritwik Ghatak. He acted in various movies like Jackpot (2009), Kano Kichu Katha Bolo Na (2009), Bhalobasha Zindabad (2013), and Take One (2014).

Rahul made his debut with the TV series Khela as Aditya broadcasted on Zee Bangla in 2006. In 2014 he appeared in the series Tumi Asbe Bole as Rahul Bebroy aired on Star Jalsha. He was featured in the series Swapno Udaan as Roop in the year 2017. He appeared in the tv series Ardhangini as Umapati showcased on Star Jalsha in 2018. In 2019, Rahul was seen in television serial Aye Khuku Aye as Abir aired on Sun Bangla.

Rahul Banerjee tied the knot with his co-star Priyanka Sarkar in the year 2010. The couple bless with a son named Shohoj Banerjee. They both mutually divorced in the year 2017.

Some Facts About Rahul Banerjee

If you have more details about Rahul Banerjee. Please comment below we will updated within a hour.