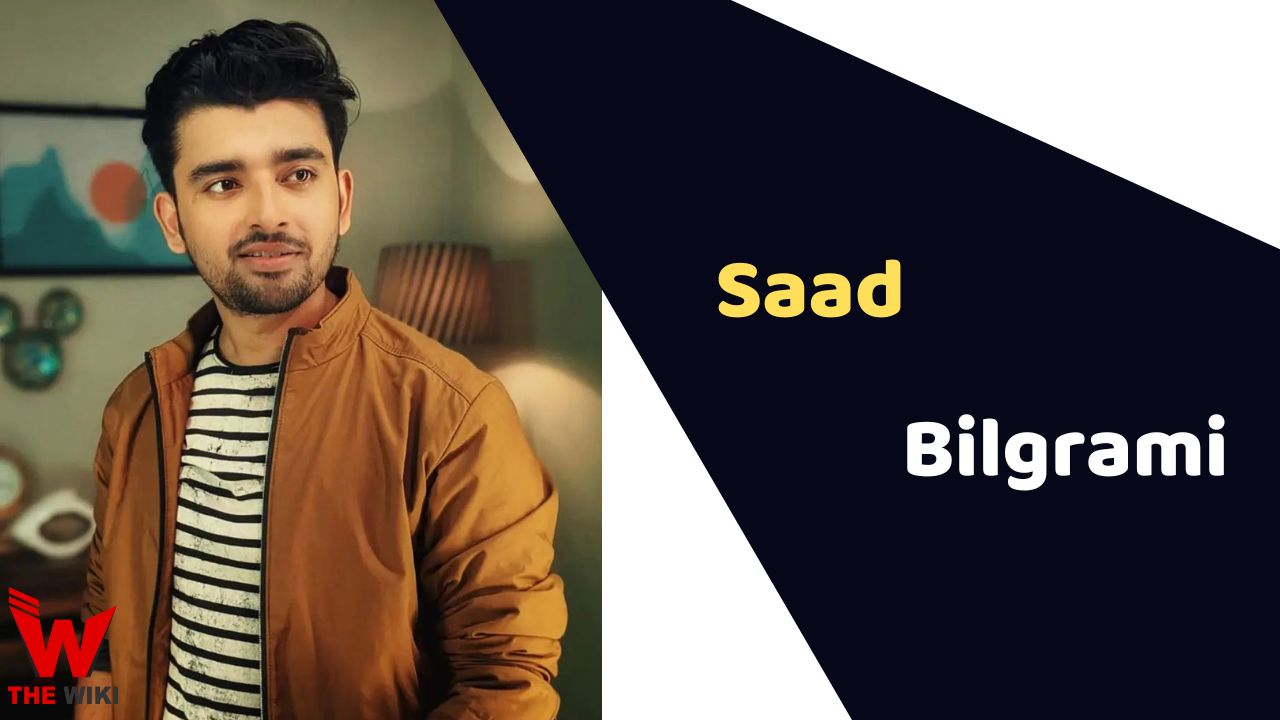 Saad Bilgrami is an Indian actor, writer and radio jockey. He became a popular personality by working in many Bollywood movies, web series and YouTube videos. He got immense popularity after doing a web series Gullak, created by TVF (The Viral Fever). Saad made digital debut through series Cubicles in 2019.

Saad Bilgrami was born on 13 October 1997 in Khairabad, Lucknow to a Muslim family. He is very popular as “Saadcasm”. His father’s name is Hameeruddin Bilgrami and mother’s name is Fatima Bilgrami. Currently, he is living in Maharashtra, in a film city and working for his skills.

Saad did his schooling from Lucknow Public School and completed his graduation from Academy of Mass and Communication. He completed his B.A in acting and film making.

Saad started his career as an actor through YouTube sketch videos of TVF (The Viral Fever). In 2019, he acted as Lift Guy in Abhishek Chauhan starring web series Cubicles, directed by Chaitanya Kumbhakonum. Later he got opportunity to feature in series like The Interns, Uncommon Sense with Saloni, The Glitch, Baap Baap Hota Hai and many more. In 2022, he played lead role of Lucky in TV series Gullak, which aired on Sony Liv. Saad also made his Bollywood debut in 2022 film Khuda Haafiz Chapter 2 Agni Pariksha starring Vidyut Jammwal and Shivaleeka Oberoi.

Some Facts About Saad Bilgrami

If you have more details about Saad Bilgrami. Please comment below we will update within an hour.