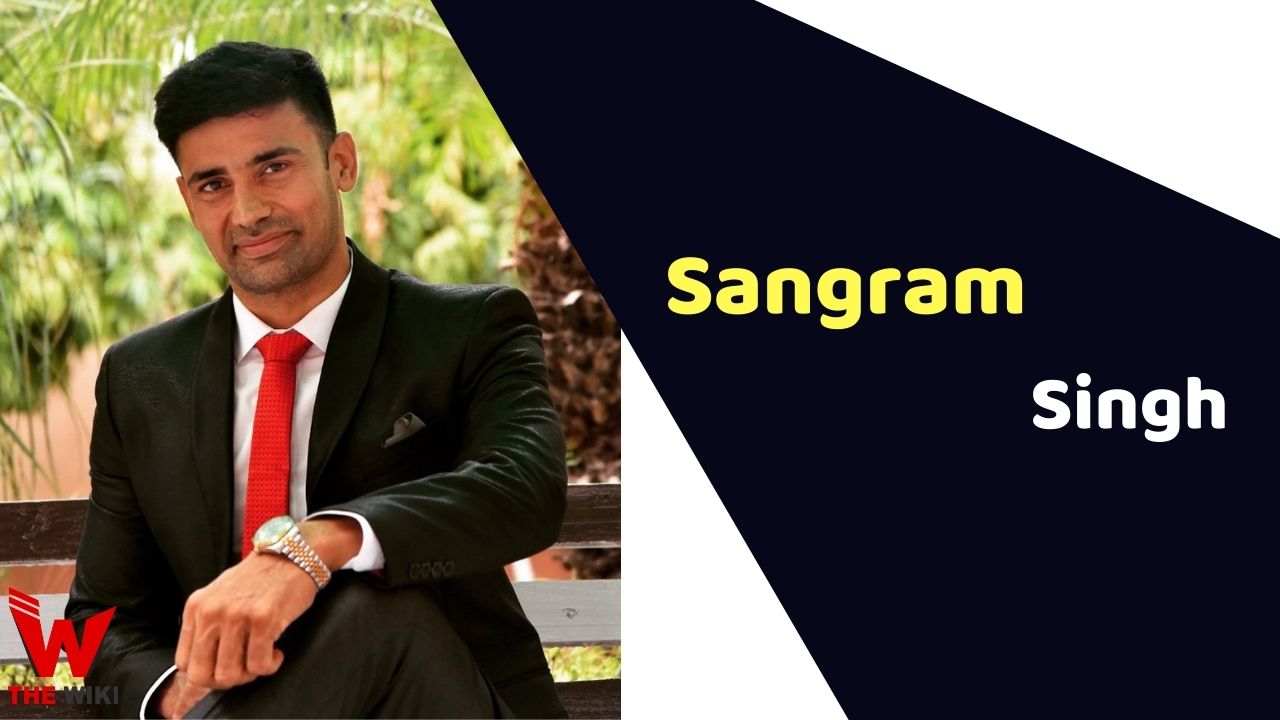 Sangram Singh is an Indian wrestler, actor, motivational speaker and a philanthropist. He has had an impressive career both as a wrestler and actor. He won gold medal in the Commonwealth Heavyweight Wrestling Champion in 2015, held in South Africa. He has also been honored with the title, “World’s Best Wrestler” by the World’s Wrestling Professionals. He is also known for his work on the silver screen and on several reality television series.

Sangram Singh was born on 21 July 1985 in Madina, a small village in Rothak, Haryana. He was confined to a wheelchair for the first 8 years of his life as he was diagnosed with rheumatoid arthritis. He recovered from this unfortunate condition with the help of naturopathy and yoga and finally with his family’s unconditional care. This experience of his, inspired him to pursue wrestling and make fitness a goal in his life.

Sangram started his wrestling career in 1999. He represented the Delhi Police in a wrestling tournament and scored a bronze medal. Sangram won his 1st Commonwealth Heavyweight Wrestling Championship in 2015, competing against Joe E. Legend. He bagged his 2nd for the same in 2016, defeating wrestler Anazi. He has won several other medals in wrestling from the year 2003 to 2017.

He has had his fair share of screen time on sport channels, reality shows and television series in the Hindi entertainment industry. He was a host and commentator for ‘Senior World Wrestling Championship’ on Star Sports. He has narrated his journey and struggles on various reality web-series like that of ‘NRX Heroes’, ‘Simply Baatien With Raveena’, ‘Saach ka Saamna’, ‘Jeetunga Mein’. He has done quite a bit of acting for television series some of which include Life Ok’s ‘Supercops Vs Supervillians’, Sab TV’s ‘Badi Door Se Aaye Hai Hum’. He has participated in various reality television shows like ‘Survivor India’, ‘Nach Baliye7’.

Sangram Singh is married to Payal Rohatgi. The couple have a daughter.

Some Facts About Sangram Singh

If you have more details about Sangram Singh. Please comment below we will updated within a hour.