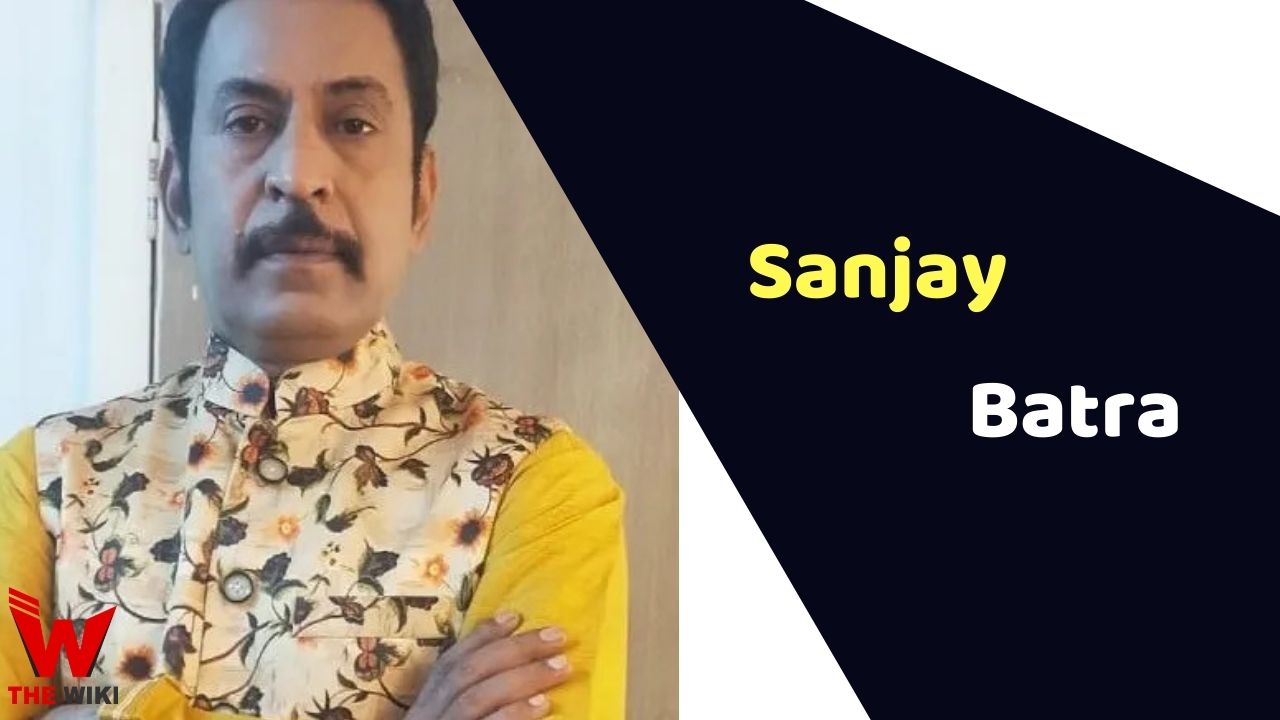 Sanjay Batra is an Indian television actor. He has appeared in various television serials like Balika Vadu, Kesar, Chotti Bahu- Sindoor Bin Suhagan, Ek Lakshya, and Maddam Sir. He was also seen in ALT Balaji’s web series Apharan in year 2018. Sanjay has been active in television industry since 2001.

Sanjay Batra was born on 30 August 1965 in Raipur, Chhattisgarh. He completed his graduation from Durga College, Raipur. He holds a Master of Arts degree. Sanjay moved to Delhi, where renowned actress Ila Arun came up to play Jayaz Najayaz and, she hired him to be a supporting actor. From 2001, he started working in television and appeared in supporting roles in TV shows. Sanjay grabbed a career turning role Vikram Mallya in 2004 in the TV show Kesar.

From 2008 to 2010, he starred in the drama serial Chotti Bahu – Sindoor Bin Suhagan as Susheel Puhorit. He got featured in the Imagine TV serial Jyoti as Kamal Kishore Sharma from 2009 to 2010. The series is based on an event from the real life of a person close to the author. From 2010 to 2014, he appeared as Het Singh in the Colors TV’s serial Balika Vadu.

Some Facts About Sanjay Batra

If you have more details about Sanjay Batra. Please comment below we will updated within a hour.