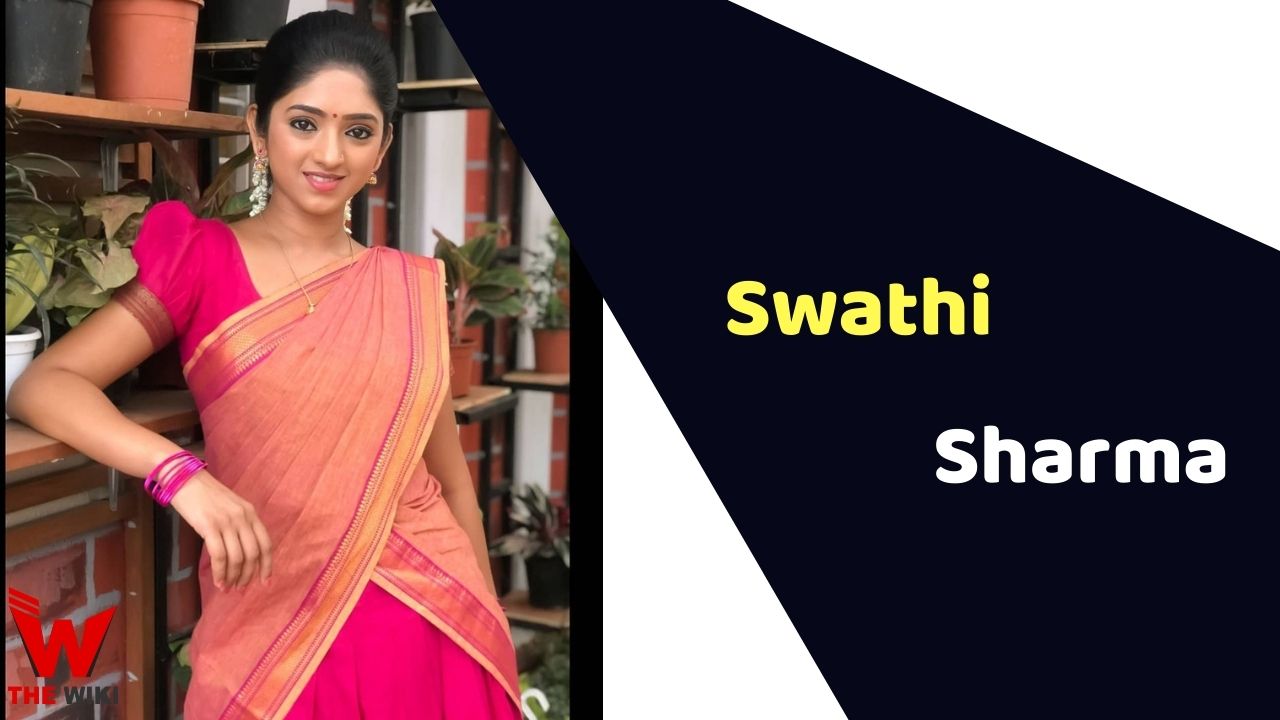 Swathi Sharma is an Indian television actress who predominantly works in Tamil entertainment industry. She made her acting debut through television show Ninaithale Inikkum, aired on Zee Tamil. She hails from Karnataka and has featured in the Kannada movies Drona, Ondu Ghanteya Kathe and Fortuner.

Swathi Sharma was born on 13 May 1995 in Bengaluru, Karnataka. She belongs to a middle class Hindu family. Sharma completed her schooling from St. Clare School and Sister Niveditha High School of Bangalore. She later grabbed graduation degree from Maharani Arts and Science College For Women. Sharma was always determined to be an actress and after graduation she decided to follow her dream. She got chance to work in Manjunath directed Kannada film Fortuner in year 2019. She has also featured in prominent roles in film Drona and Ondu Ghanteya Kathe. In 2021, she made her television debut with Tamil drama Ninaithale Inikkum.

Some Facts About Swathi Sharma

If you have more details about Swathi Sharma. Please comment below we will updated within a hour.