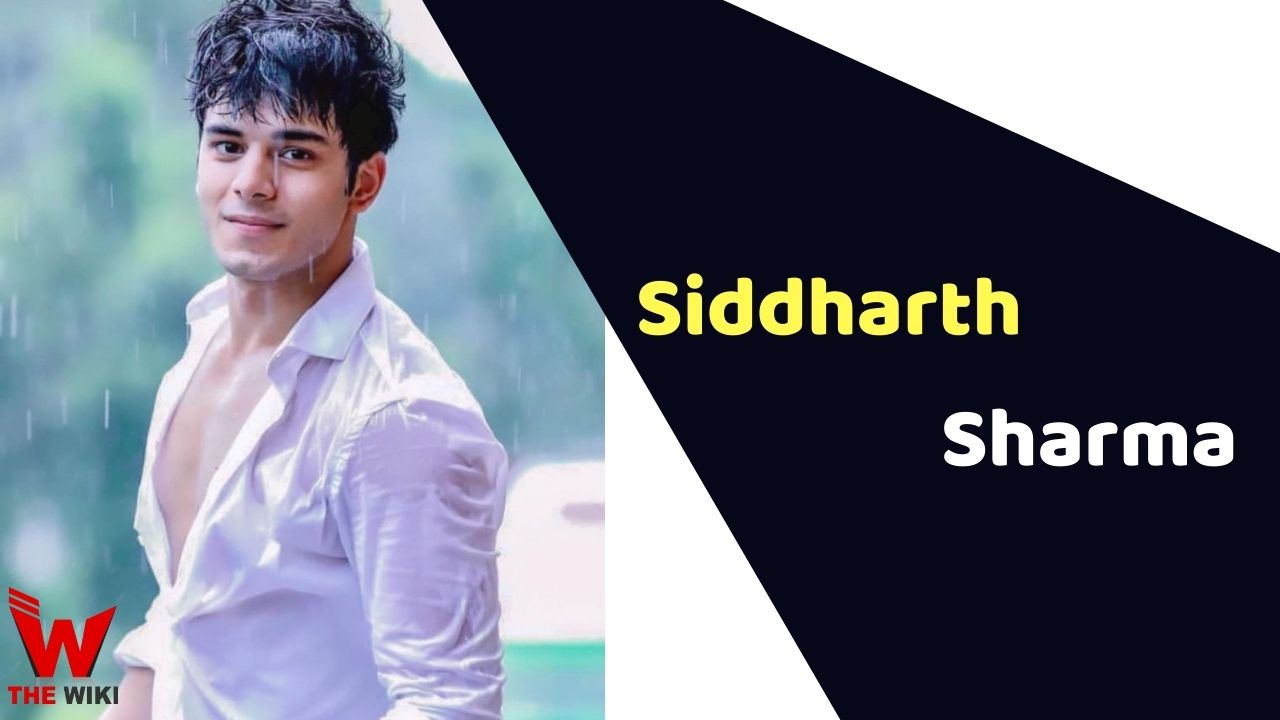 Siddharth Sharma is an actor, model and producer. He is best known for playing role of Ranbir Chowdhary in ALT Balaji’s web series Puncch Beat. He has appeared in reality shows like Big F and MTV Splitsvilla. Sharma also co-produced a short film Piya Ho in year 2014.

Siddharth Sharma was born on 21 May 1995 in Delhi, India into a middle class family. He lost his father in a catastrophic crash when he was 13. His mother’s name is Anuradha Sharma. He completed his schooling from Manav Rachna International School, Noida. Later he graduated with a mass communication degree from Amity University, Noida. Sharma always dreamt of becoming an actor and wanted to pursue his career in acting. During school days, he used to participate in cultural events featuring drama and acting.

Sharma wanted to become an actor and a model since childhood. His most famous appearance was in Puncch Beat in 2019. In 2017, he appeared in MTV Big F season 2 and MTV Splitsvilla season 10 as a contestant. He also appeared in a ALT Balaji’s web series Cybersquad starring alongside Rohan Shah, Omkar Kulkarni, Jovita Jose and Roshan Preet. In 2018, he appeared as a model in a popular album song Le Ja Le Ja Re and Teri Aakhein.

Siddharth Sharma was dating Akshata Sonawane, an actress and model. They met on the TV show MTV Splitsvilla 10.

Some Facts About Siddharth Sharma

If you have more details about Siddharth Sharma. Please comment below we will updated within a hour.