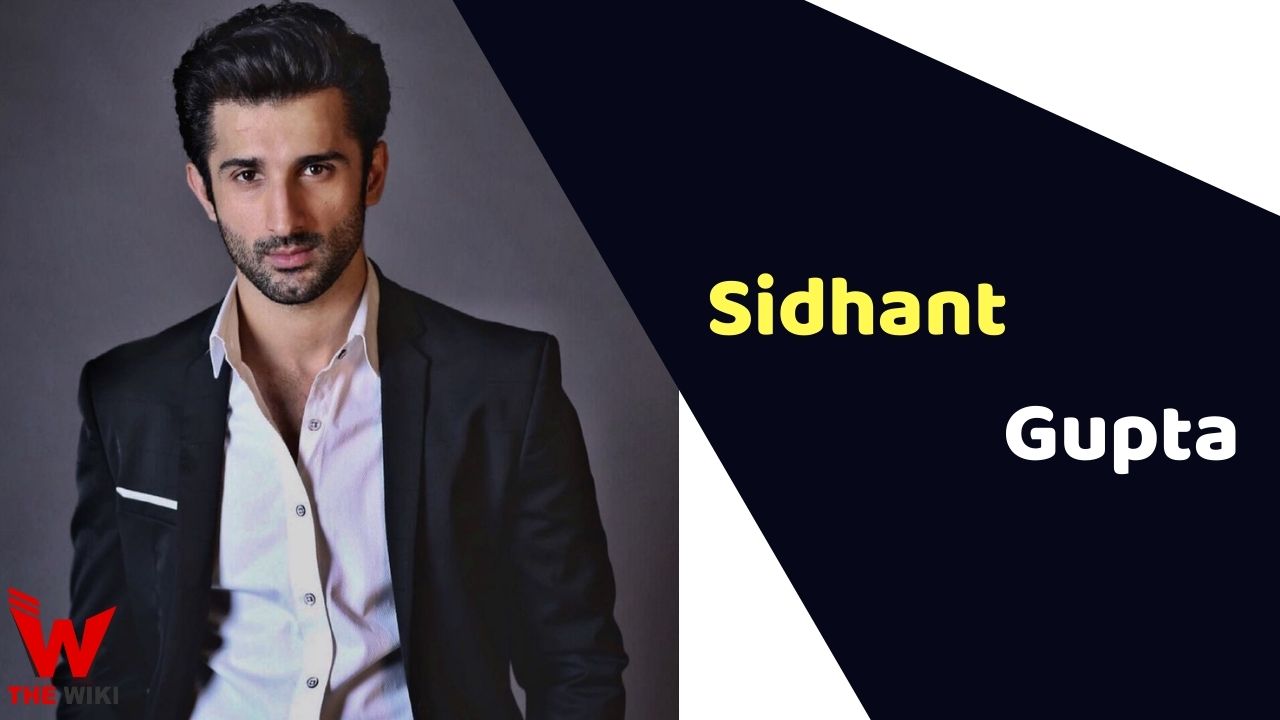 Sidhant Gupta is an Indian model and actor. He is well known for portraying Kunj Sarna in television serial Tashan-E-Ishq from 2015 to 2016. He has also appeared in Bollywood films like Bang Bang Bangkok, Badmashiyaan, Bhoomi and Tutiya Dil.

Sidhant Gupta was born on 23 April 1989 to a Hindu family in Jammu, India. His father’s name is Sukesh Gupta. He wanted to become a pilot. After completing schooling, he came to Delhi to pursue for Commercial Pilot License (CPL). Meanwhile he started working as a model to make ends meet.

Sidhant has featured in television commercials of Clear Shampoo, Maruti Suzuki Nano, Hero Honda, Close Up etc. He got his first acting in film Bang Bang Bangkok. Later he was seen as Vishal Khanna in Tutiya Dil. He got immense popularity in television industry by playing male lead role of Kunj Sarna in Zee TV’s show Tashan-E-Ishq alongside Jasmin Bhasin. The show also nominated him in Zee Gold Awards as Best Gold Male Debut. In 2017, he was seen as Neeraj Mathur in Aditi Rao Hydari and Sanjay Dutt starrer film Bhoomi.

Some Facts About Sidhant Gupta

If you have more details about Sidhant Gupta. Please comment below we will updated within a hour.