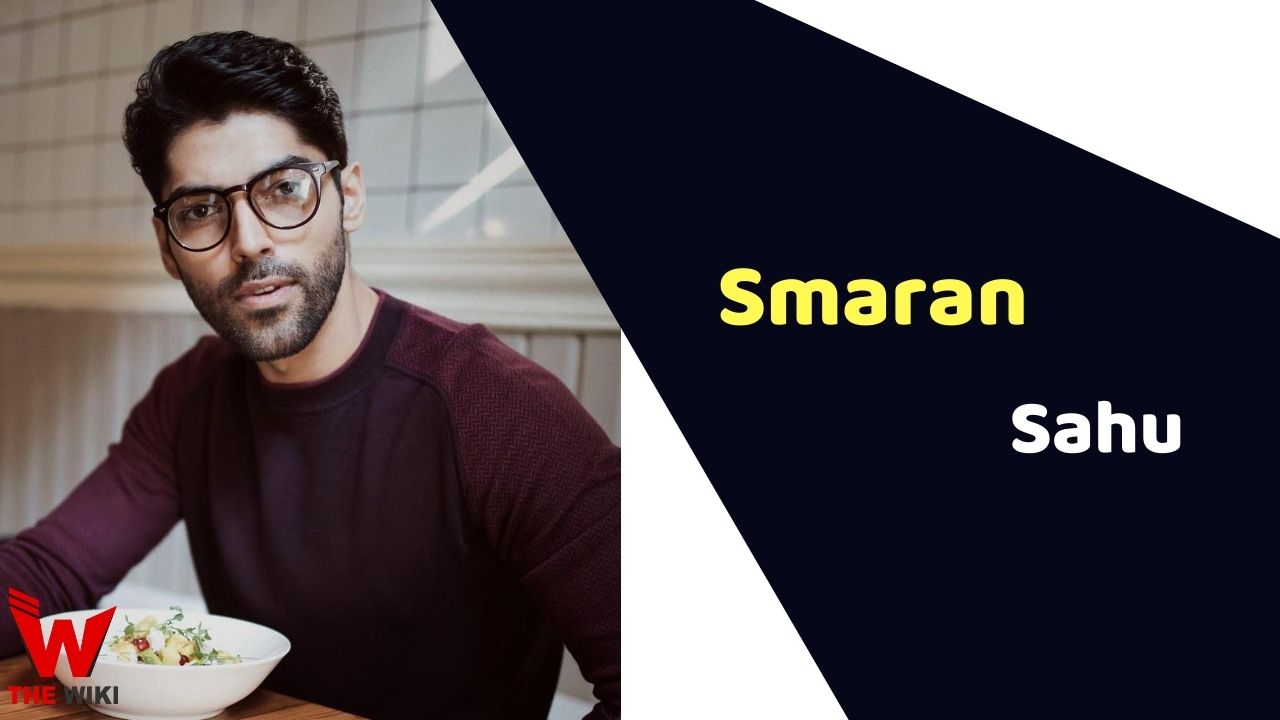 Smaran Sahu is an actor, director, model and photographer. He started his career as a model in various advertisements. He is famous for his work in ‘Roomies’. He has also directed a short films and advertisements.

Smaran Sahu was born on 8 February 1989 in a Punjabi family in Delhi, India but now lives in Mumbai, Maharashtra. He did his schooling and collage studies from Mumbai and went to Saint Jaffer’s School, Mumbai. While he was in collage he was part of many marketing campaigns and thus got a chance to enter into modeling. After his studies, he took the career full time as a model and appeared in many print and TV ads for a wide range of brands.

Smaran began his career as a model and later turned to an actor. He gained a huge popularity with his role in Roomies. The show aired on channel V and he played role of Adityanandan Mathur in it. He worked in many advertisements like Samsung Rex, endorsed for Samsung Phone, Gillette Gel, Park Avenue Deo and Liberty Coolers. His most famous advertisement was with Amrita Puri for brand Platinum Evara Jewelry where he played a bridegroom and Amrita Puri played a bride. He was also seen in the ads of Royal Challenge English, Hero Engines and Chevrolet Cruze. Samaran also directed a documentary called Gult which was about the lives of people in Punjab who have an addiction of drugs and the methods they used to buy drugs. It received a great response from public.

He is also a part of short film Afterward and currently working in series Bahubali Before the Beginning.

Smaran married his long-time girlfriend Aayushi Bangar who is also a fashion blogger. They tied knot on 1st December 2019 in a destination wedding in Udaipur.

Some Facts About Smaran Sahu

If you have more details about Smaran Sahu. Please comment below we will updated within a hour.