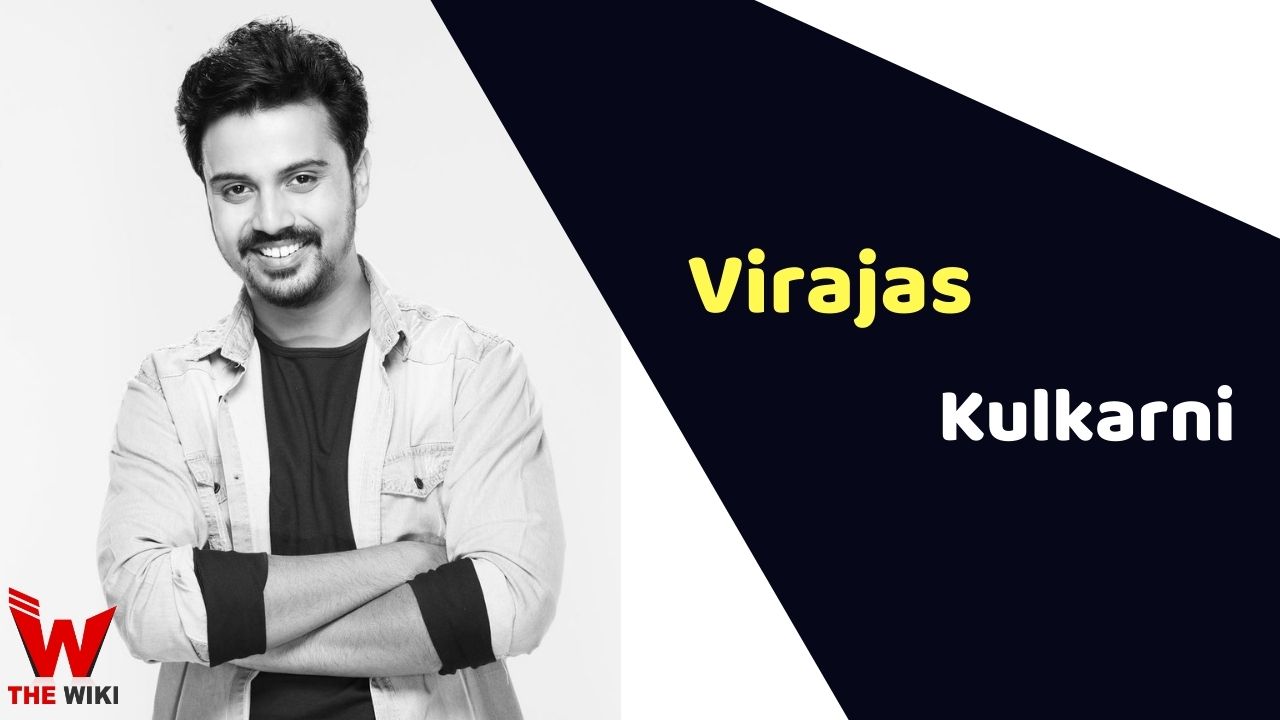 Virajas Kulkarni is an actor, director and writer. He predominantly works in Marathi television industry. He even a writer and assisted his mother Mrinal Kulkarni in her directorial debut Rama Madhav. Virajas made his debut in Marathi film industry in 2018 with the film ‘Hostel Days’.

Virajas Kulkarni was born on 28 February 1992 in Pune, Maharashtra to Ruchir Kulkarni and Mrinal Kulkarni. His mother Mrinal Kulkarni is a famous actor director. His grandparents name was Veena Dev and Vijay Deo. Virajas was brought up in Mumbai and completed his schooling from SPM English Medium School and went to Fergusson College, and then he studied Bachelor of Mass Communication from UPG College of Management. He did a diploma course in acting and filmmaking from Whistling Woods International Institute in 2015.

Virajas has been active in cultural activities and did plays and theatre. He always wanted to follow the footsteps of her mother to become an actor. In 2011, he joined a theatre group Theatron Entertainment and his first play was Anathema.

Virajas made his acting with film Hostel Days in 2018. Then acted in the film Maduri (2018) which was directed by Sapna Joshi. In 2020, He worked in a television show Majha Hoshil Na, in which he shared screen with Gautami Deshpande. He did a film Rikshaw Roko Mitra Mandal in 2013 and short film Aaichi Jai in 2019.

Virajas Kulkarni is currently dating Shivani Rangole. She is also an actress by profession and featured in films like Phutroo (2016), Jara Hatke (2016) and Double Seat (2015).

Some Facts About Virajas Kulkarni

If you have more details about Virajas Kulkarni. Please comment below we will updated within a hour.