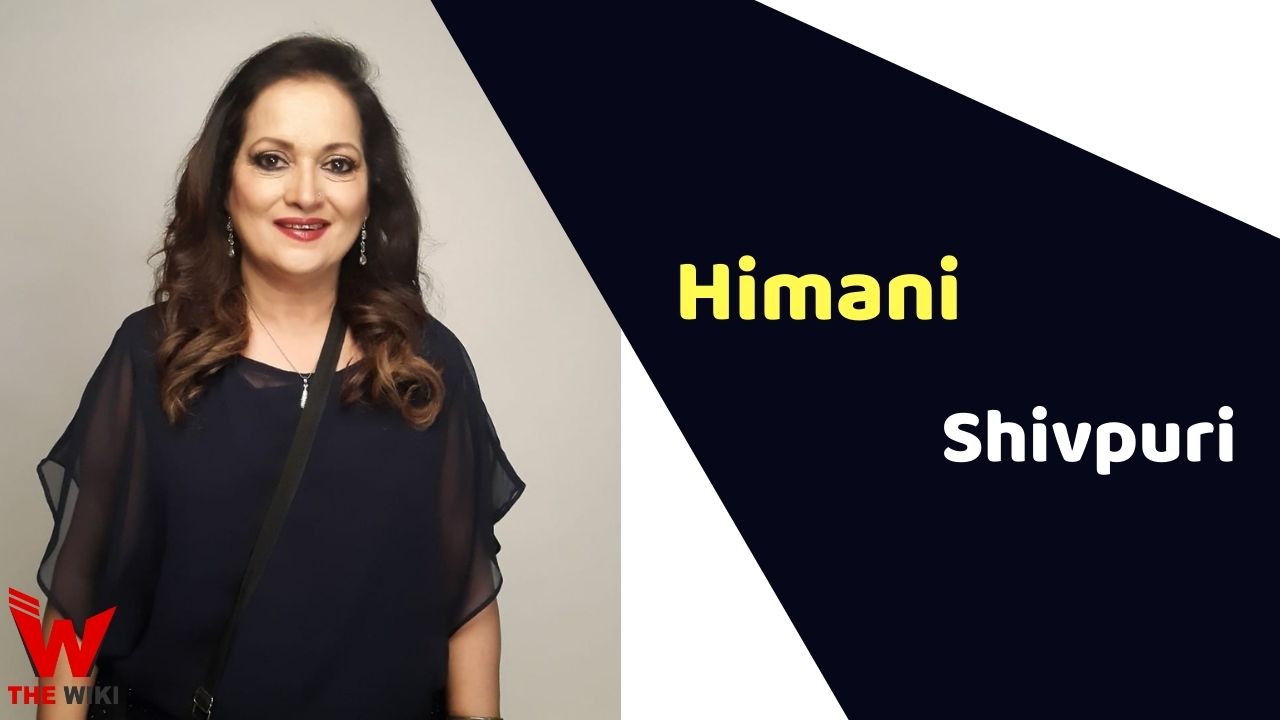 Himani Shivpuri was born on 24 October 1960 in Dehradun, Uttarakhand. Her father Dr. Haridutt Bhatt was a Hindi poet & as well as a teacher in the same school, with pen name “Shailesh” and Mother’s name is Shail Bhatt. She completed her schooling from The Doon School, Dehradun. After that she done her graduation in Bachelor of Science and post-graduation in Master of Science in organic chemistry. later on she admitted in National School Of Drama for pursuing her acting career in 1982.

Shivpuri got break in films from Ab Ayega Mazaa in 1984. After that She acted in film such as Suraj Ka Satvan Ghoda, Dilwale Dulhania Le Jayenge, Vaastav: The Reality, Pardes etc. She widely recognised after the blockbuster Sooraj Barjatya’s Hum Aapke Hain Koun…! (1994). In 1994, she made her TV debut with the DD National’s show Humrahi as Devaki Bhojai. Later she appeared in show like Kasauti Zindagi Kay, Kyunki Saas Bhi Kabhi Bahu Thi, Chandani, Baat Humari Pakki Hai & many more.

Himani Shivpuri got married to actor Gyan Shivpuri but unfortunately he was died in 1995. She has a son Katyayani Shivpuri.

Some Facts About Himani Shivpuri

If you have more details about Himani Shivpuri. Please comment below we will updated within a hour.