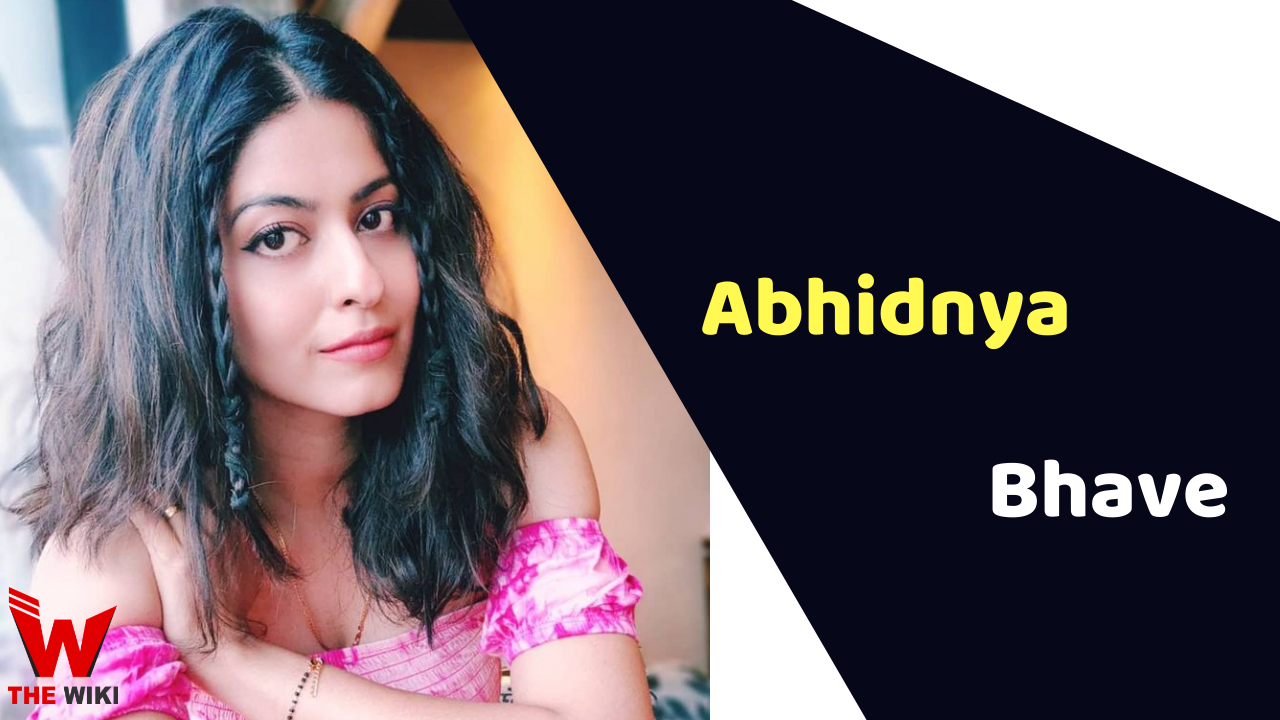 Abhidnya Bhave is an Indian actress who predominantly serves in the Marathi industry. She is famously known for her work in Marathi television serial Tu Tevha Tashi alongside  Swwapnil Joshi and Shilpa Tulaskar. She was also seen in several shows such as Lagori-Maitri Returns, Devyani, Khulta Kali Khulena, Katti Batti, and Chala Hawa Yeu Dya.

Abhidnya Bhave was born on 13 March 1989 in Vasai, Mumbai. Her father’s name is Uday Bhave, and her mother’s name is Hemangi Bhave.

Abhidnya Bhave began her career with the Hindi television supernatural serial Pyaar Kii Ye Ek Kahaani as Abhidnya, aired on Star One in 2010. She acted in the TV series Bade Acche Lagte Hain in a cameo role on Sony Entertainment in 2014. In 2016, she got featured in the Marathi drama serial Devyani as Veena on Star Pravah. From 2016 to 2017, she starred in the serial Khulta Kali Khulena as Monika broadcasted on Zee Marathi.

Abhidnya played the role of Myra Karkhanis, secretary of Vikrant in the Zee Marathi series Tula Pahate Re from 2018 to 2019. In 2020, she appeared in the daily soap Rang Majha Vegla in the character of Tanuja Mantri, aired on Star Pravah. The show starred Reshma Shinde and Ashutosh Gokhale in the lead roles.

Abhidnya Bhave got married to Varun Vaitikar in 2014 and got separated in 2016. She then tied the knot with Mehul Pai in 2021.

Some Facts About Abhidnya Bhave

If you have more details about Abhidnya Bhave. Please comment below we will updated within a hour.