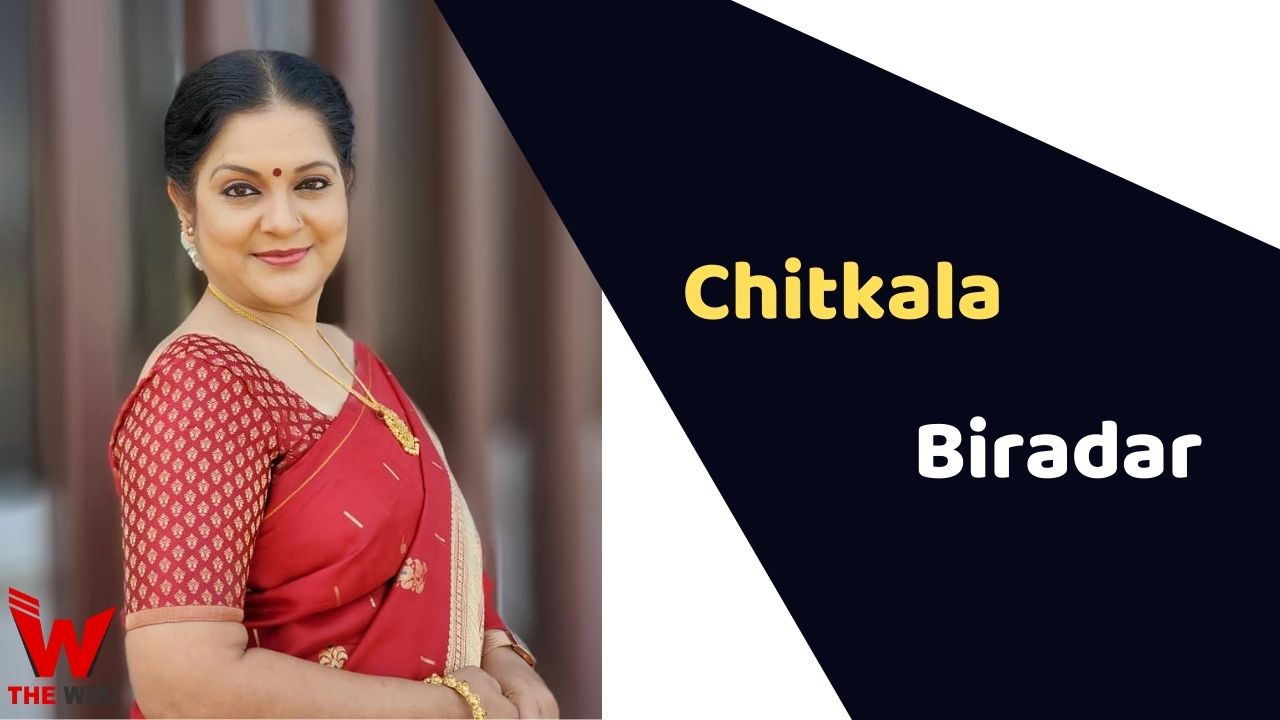 Chitkala Biradar is an Indian actress who works primarily in movies and television serials of the Kannada language. She is mostly known for her performance as Rathnamala in the TV show Kannadathi. In addition, Chitkala acted in numerous movies like Dharma Devathe, Maduve Mane, Nuggekai, Enendu Hesatidali, Hagalu Kanasu, Bazaar and Maduve Madri Sari Hogtane.

Chitkala Biradar was born on 21 November 1972 in Kalaburagi, Karnataka. She completed her graduation from Gulbarga University.

Chitkala started her career with the television series Bande Baratava Kala on ETV Kannada from 2009 to 2011. She got featured in the drama serial Agnisakshi as Sumathi, mother of Sannidhi, aired on Colors Kannada from 2013 to 2020. From 2015 to 2017, she appeared in the Star Suvarna’s serial Avanu Mathe Shravani as Pushpavalli. Subsequently, she did shows like Manasaare as Damayanthi and Kannadathi as Rathnamala.

Some Facts About Chitkala Biradar

If you have more details about Chitkala Biradar. Please comment below we will updated within a hour.