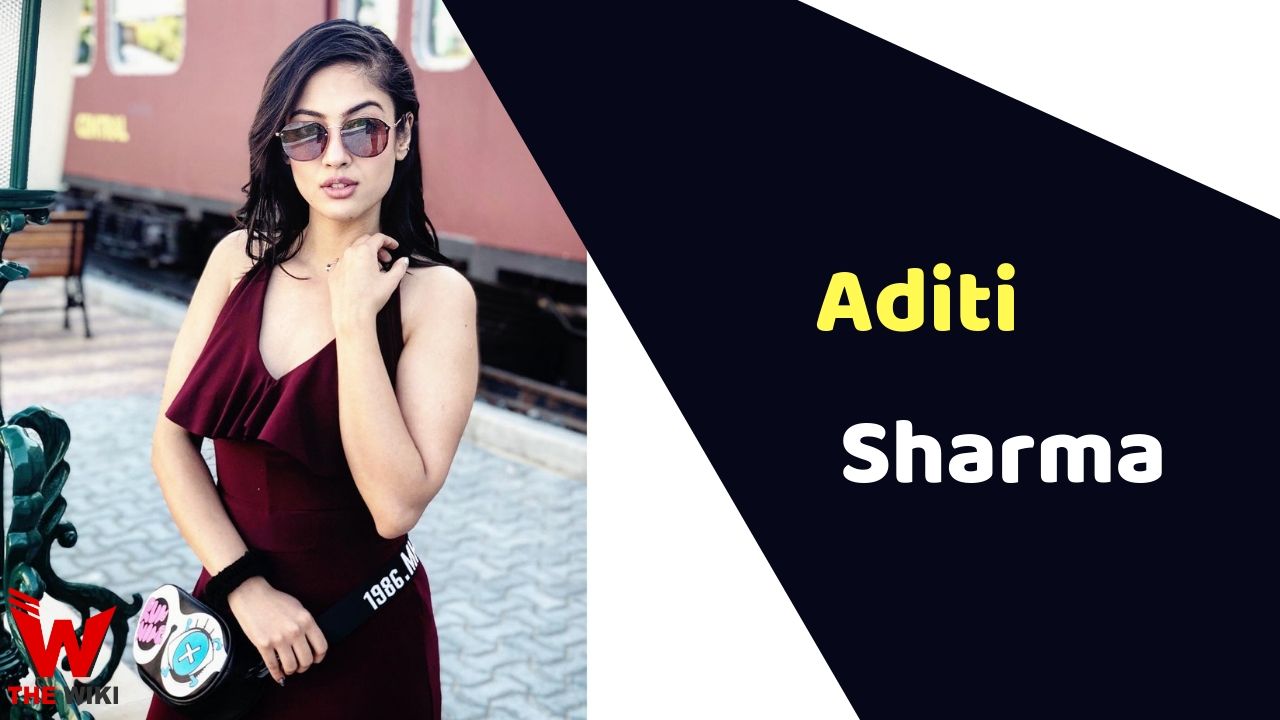 Aditi Sharma is an Indian television actress and model. She is known for the television shows such as Rab Se Hai Dua, Kaleerein and Yehh Jadu Hai Jinn Ka. Sharma also worked in a ALT Balaji’s web series Crashh. She originally from New Delhi.

Aditi Sharma was born on 4 September 1994 in New Delhi. She is a journalist by profession. She got her early studies from Hans Raj Model School in Delhi. After which she did course of journalism from Vivekananda Institute of Professional Studies. Sharma has been very fond of acting since childhood. She has been working in dance and theater since college.

Sharma moved to Mumbai in the year 2017 to pursue a career in acting. She began her career in Mumbai through modeling. She appeared in several ramp walks and fashion events. Sharma got her first big break on television from the show Kaleerein as Meera in 2018. Sharma played role of lead actress in debut show. After this show, she appeared in Star Plus show Yehh Jadu Hai Jinn Ka alongside Vikram Singh Chauhan. In 2022, Sharma played female protagonist in Zee TV’s show Rab Se Hai Dua.

Some Facts About Aditi Sharma

If you have more Details about Aditi Sharma. Please comment below we will updated within a hour.