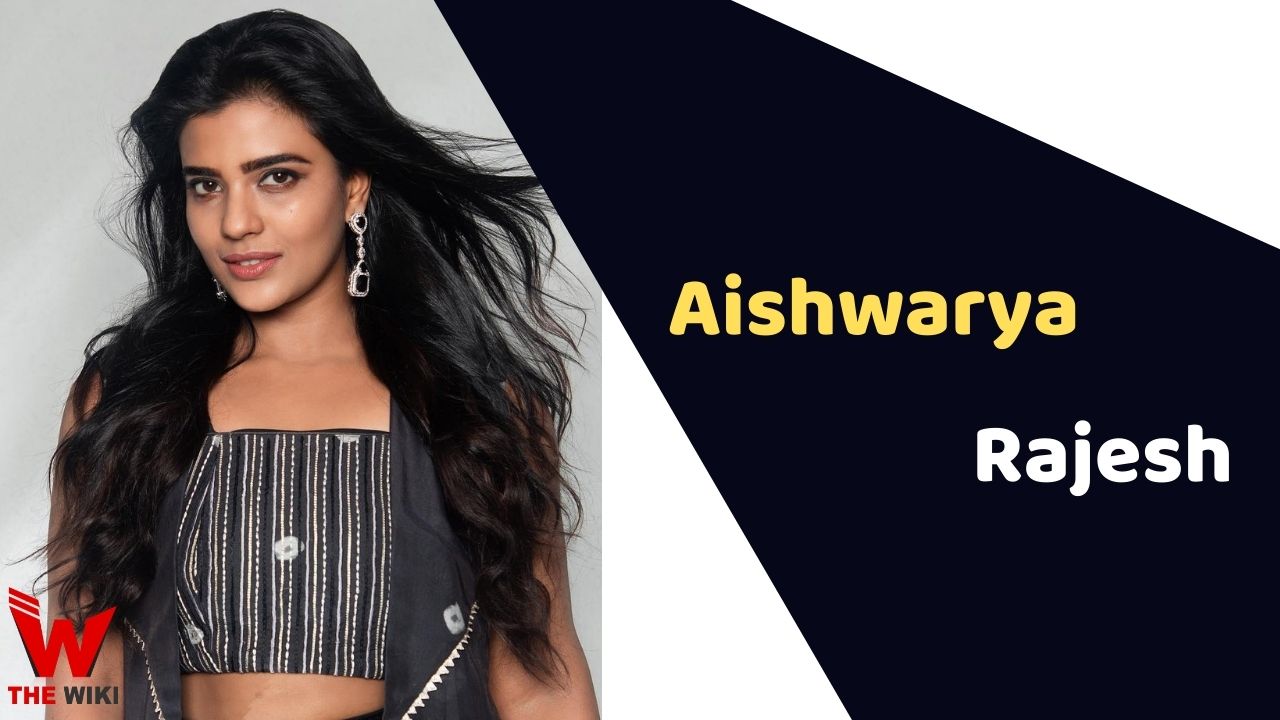 Aishwarya Rajesh is an Indian television actress who appears primarily in Telugu, Tamil and Malayalam films. She is best known for her performance in Kanaa, Vaanam Kottatum, Ka Pae Ranasingam, Mismatch and Namma Veettu Pillai. Aishwarya is recipient of four SIIMA Awards including One Tamil Nadu State Film Award and one Filmfare Award South.

Aishwarya was born on 10 January 1990 in a Telugu family in Chennai. She is the daughter of famous actor Rajesh and granddaughter of Amarnath and niece to Srilakshmi who are also famous actors by profession. Her father died when she was 8 year old. Her mother Nagamani is a dancer. She did her schooling in Shrine Vailankanni, Chennai, Shree Vidyaniketan International School, Tirupati and Holy Angels Anglo Indian Higher Secondary School, Chennai.

Aishwarya got her first breakthrough into the film industry after winning the reality show Maanada Mayilada. She came into the limelight after the movie Avargalum Ivargalum (2011). She later portrayed the role of Amudha in Attakathi. Her first Malayalam film was Jomonte Suvisheshangal (2017) starring opposite to Dulquer Salmaan.

In 2018, She did her first Tamil film Vada Chennai as Padma, opposite to Dhanush and Murugesan. Aishwarya played female lead role of Kousalya Murugesan in Tamil-language sports drama film starring Sathyaraj and Darshan. The same year, she made her Hindi film debut with Daddy in 2017 starring with Arjun Rampal. In two decade long career, Aishwarya has worked more than 50 films in various Indian languages.

Some Facts About Aishwarya Rajesh

If you have more details about Aishwarya Rajesh. Please comment below we will update within an hour.