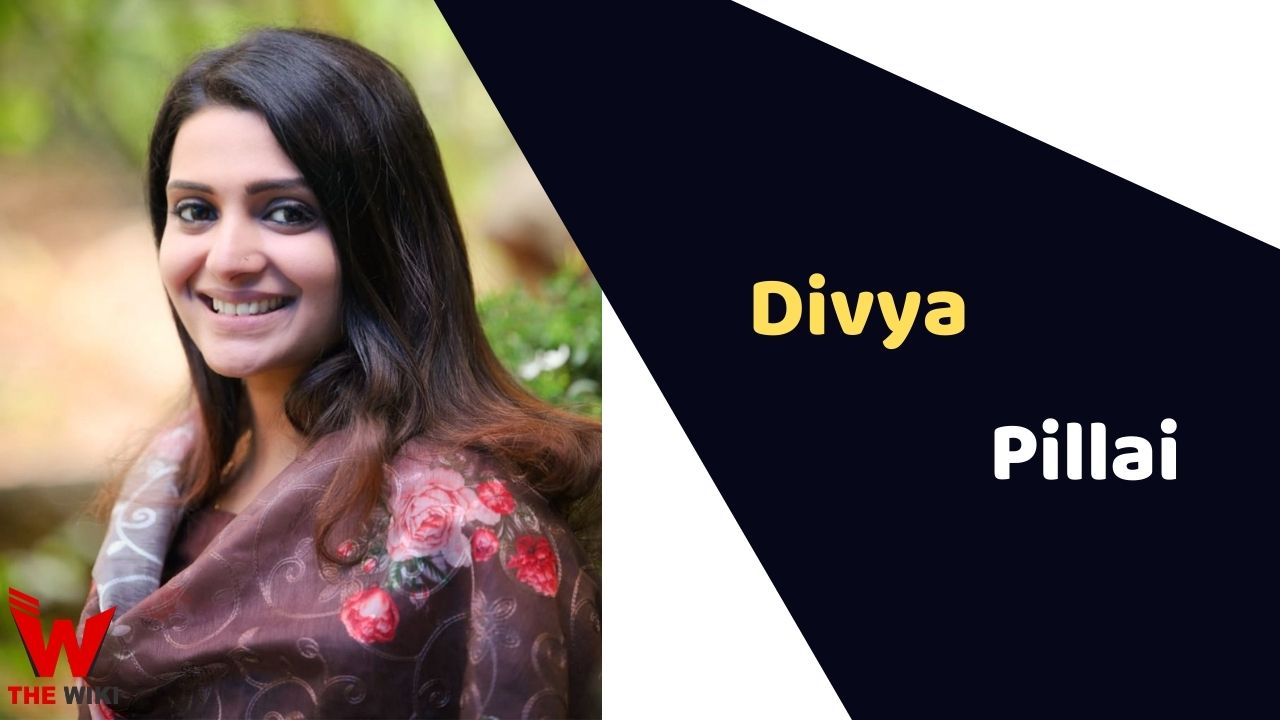 Divya Pillai is an Indian actress. She has worked in several Malayalam film including Kaathuvaakula Rendu Kaadhal, Masterpiece, My Great Grandfather and Kala. She made her film debut in 2015 with the romantic-comedy Ayal Njanalla opposite Fahadh Faasil, in the directorial debut of actor Vineeth Kumar.

Divya Pillai was born on 23 November 1985 in Dubai, United Arab Emirates to a Malayali family. Her father’s name is Mr. Narayana Pillai, a businessman and her mother’s name is Chandrika Pillai. She began her career as an airline staff member before entering the cinema world.

Divya has completed her schooling in Dubai, UAE only. She went to Indian High School, a new Indian model school situated in Dubai. After that she graduated with Electrical and Electronic Engineering from Anna University Chennai.

Divya started her career as an air hostess for a private Indian airline. She later started her acting career in 2015 with the romantic-comedy Malayalam film Ayal Njanalla, played the role of Heera opposite Fahadh Faasil. Her second project was under the direction of Jeethu Joseph in Oozham (2016), a revenge drama starring Prithviraj Sukumaran. The film grossed ₹15.25 crore in 25 days run at the Kerala box office. She has appeared in the movie Kala (2021), appeared in the supporting role of the wife of the lead character Vidya Shaji

There were rumours about her secret marriage with the Govind Padmasoorya, who is also a very well-known Malayalam actor and also very famous anchor. Padmasoorya later clears the rumours “It was this picture which made by social media to celebrate my marriage. The social media is determined to get me married at least a few times in a year. However, let me tell them that I am still a chronic bachelor”.

Some Facts About Divya Pillai

If you have more details about Divya Pillai. Please comment below we will update within an hour.