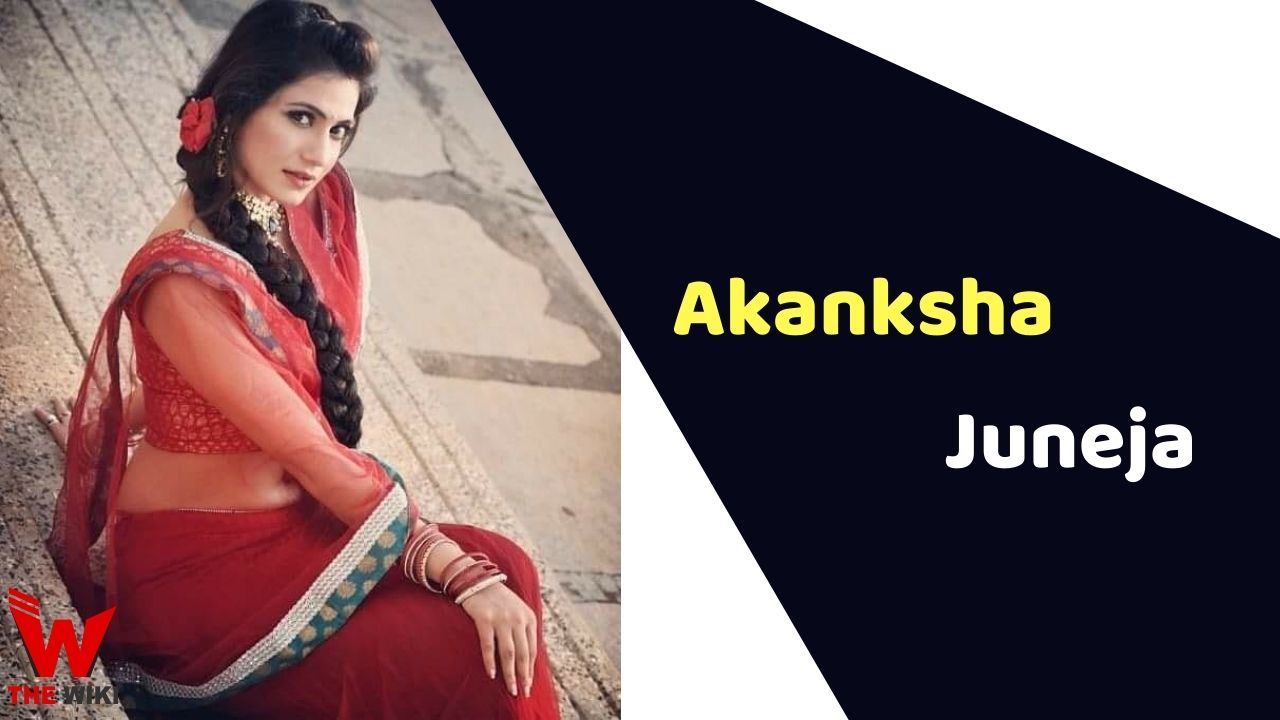 Akanksha Juneja is an Indian television and film actress. She is known for his work in Bade Acche Lagte Hai and Saathiya Saath Nibhaana 2. She worked in many Bhojpuri, Punjabi and Hindi language films. Juneja also appeared in Vikram Bhatt directed film Bang Bang Bangkok.

Akanksha Juneja was born on 30th March 1990 in Delhi, India. Her father name is Mahesh Juneja and her mother name is Neha Juneja. She has a sister, Navya Juneja. Juneja was always passionate about acting and her zeal led to her into the acting industry.

Juneja completed her schooling from St. Xavier’s School, Delhi and did graduation from University of Delhi and also done a media course from RK Films and Media Academy in Delhi. She moved to Mumbai for her modeling and acting career after her graduation.

Juneja was very active in theatre plays during college time and used to play villainous roles in her college dramas. She started her journey with the show Do Saheliyaan in 2010. Her breakthrough role is Ayesha Siddhant Kapoor in Bade Ache Lagte Hai as an antagonist in 2013. After that she started to get featured in other serials like Dil Se Di Dua, Saubhagyawati Bhava, Saath Nibhaana Saathiya 2.

She got opportunity to work in regional language films including Bhojpuri and Punjabi. She also worked in Bang Bang Bangkok directed by Vikram Bhatt.

Some Facts About Akanksha Juneja

If you have more details about Akanksha Juneja. Please comment below we will updated within a hour.