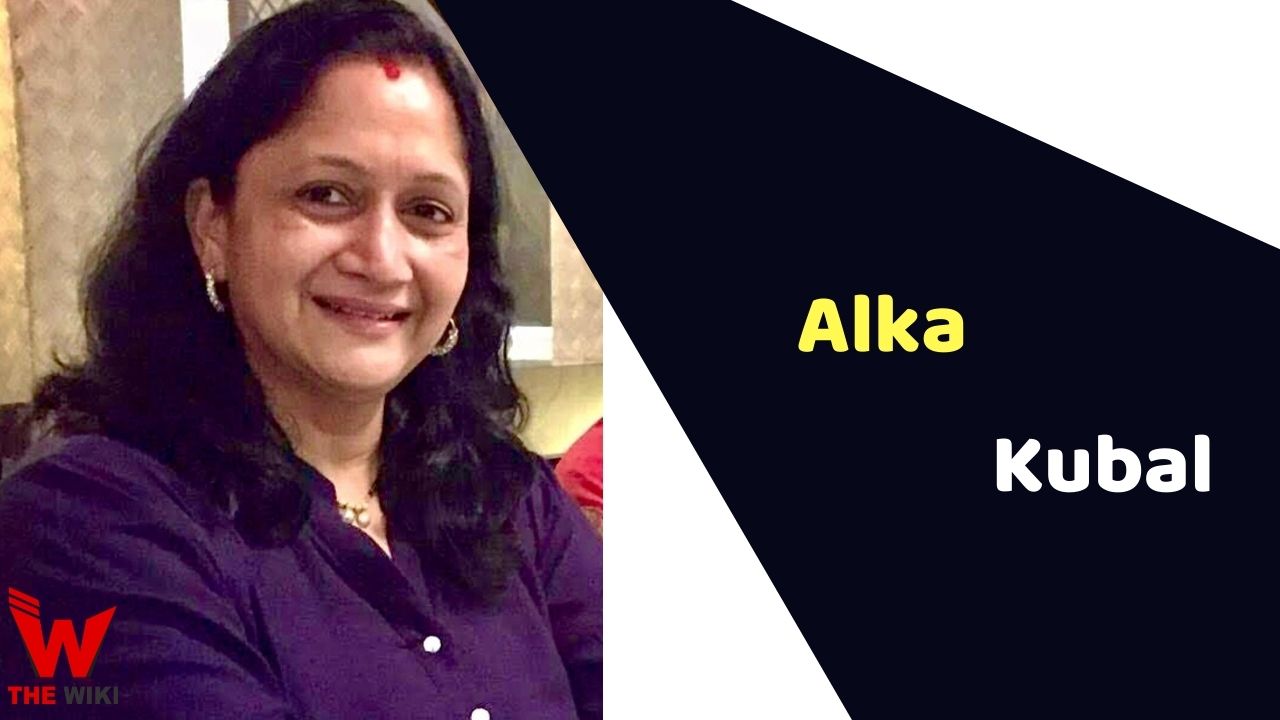 Alka Kubal is an Indian film actress and producer who predominantly works in the Marathi film industry. She has served in some Hindi movies as well. Her movie Maherchi Sadi turned her into a Maharashtra celebrity. She has worked with renowned actors as Dada Kondhke, Ashok Saraf, Lakshmikant Berde and Sachin Pilgaonkar.

Alka Kubal was born on 23 September 1963 in Mumbai, Maharashtra. She has a sibling named Shilpa Masurkar. Alka started her career with the film Chakra as Amli, wife of Benwa, in 1981. She got featured in the Marathi movie Maherchi Sadi in 1991. It is a remake of the Rajasthani blockbuster Bai Chali Sasariye which released in 1988. The same year, she appeared in the drama-thriller movie Naya Zaher. It was the first HIV/AIDS-based feature-length film in India. She starred in the 1995 Marathi movie Zakhmi Kunku. In 2002, she got cast in the film Owalini. In 2004, she performed in the Marathi movie Aai Tuza Ashirwad. Alka did a Marathi comedy-drama movie Wedding Cha Shinema as Prakash’s mother in 2019.

Some Facts About Alka Kubal

If you have more details about Alka Kubal. Please comment below we will updated within a hour.